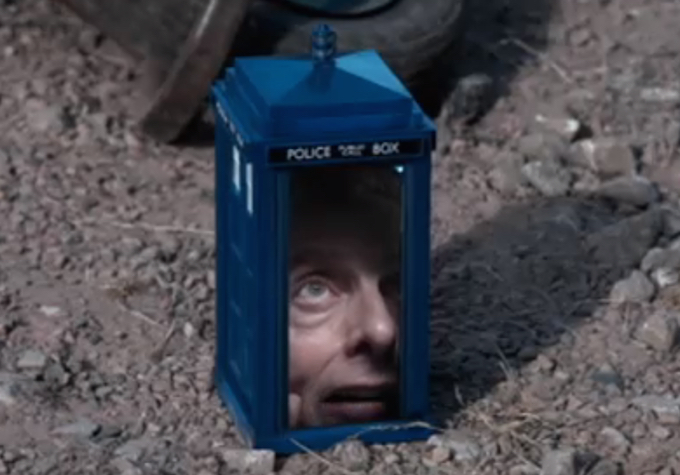 Doctor Who is sometimes accused of having one dimensional plots and two dimensional characters, especially by those who forget that it is not in fact Shakespeare (despite sometimes visiting Shakespeare and starring a host of distinguished Shakespearean actors), but rather a sci-fi kid’s show in the tradition of rollicking matinee adventures.

This week’s exceptional episode went some way to proving the rule as extra-dimensional (extra- as in outside rather than extra as in more) creatures became envious of our many dimensions after observing us through the flat windows of the cultural soul represented by graffiti (undoubtedly attracted by the contradictory dimensions of the work of local street artist Banksy), and then attempted to examine, probe, invade and possess us by sucking away our lovely fat dimensions, reducing their victims to shady lines and mere sketches. Flowing across flat planes, and then shambling like animation gone wrong, they were certainly creepy.

Of course a creature in some ways similar was born out of the fearful energy of a little girl’s mind (with some alien assistance) in episode 11, series 2, with Rose and the Tenth Doctor, and extra-dimensional (or perhaps sub-dimensional) creatures and invaders have long been a staple of sci-fi, first coming to wide attention in the 1884 novella Flatland, by mathematician and schoolmaster Edwin Abbott Abbott, a satire on the hierarchies of Victorian society explored through a world made peculiar by the odd geometries of a two dimensional reality. 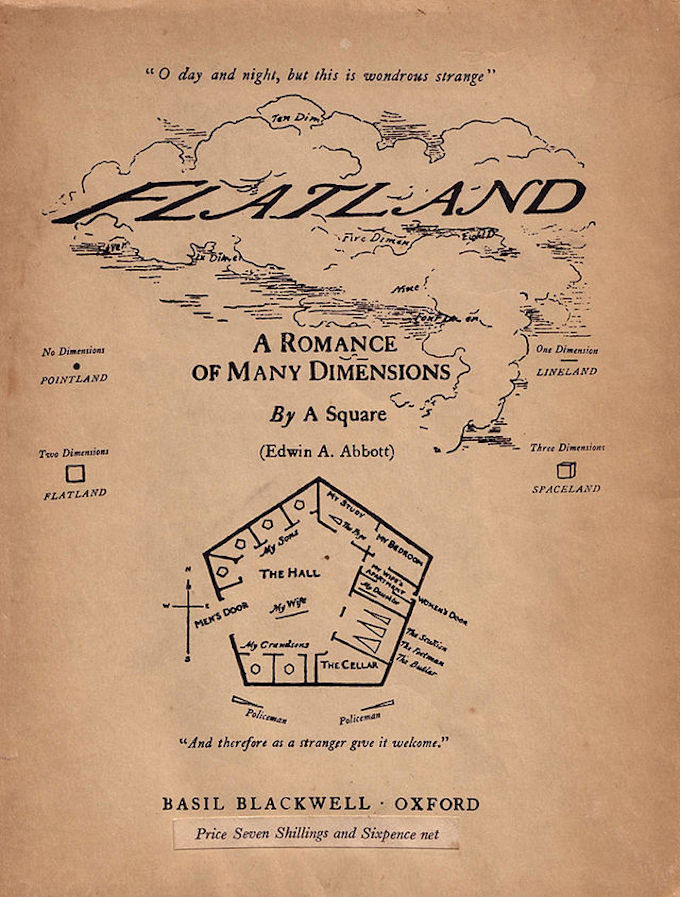 Mirror universes, alternate realities and all sorts of dimensional variations have been used in sci-fi from The Twilight Zone to Star Trek, but seldom has the actual consequences of existence with origins in more or in this case less dimensions been explored.

A notable example which did explore an n-Dimensional enemy was the 1998 British SF Drama Invasion Earth, Christopher Fairbank, who played the mean Community Service supervisor Fenton in Flatline played Wing Commander Friday in that series.

Creatures in the walls has long been a common trope of horror and sci-fi stories, and fans will recognize Clara pulling a sledge hammer from her purse Hermione’s magical, or trans-dimensional bag in Harry Potter, though of course the notion of such a magical bag goes at least as far back as the Welsh myth told in The Mabinogion of the hero Pwyll, given a magic bag that can never be filled by the Goddess Rhiannon, and in ancient Greek  mythology the hero Perseus carried the Gorgon Medusa’s head in a magic bag. The 12th Doctor’s withering sarcasm seems sometimes enough to turn mere mortals to stone, but comparing him to Medusa may be stretching the parallel.

Another fascinating extra-dimensional reference is to Hans Holbein’s 1533 painting The Ambassadors, which displayed a momenti mori – a skull painted in such a way that it only becomes visible when viewed from a very particular angle, from everywhere else it is merely a flattened, distorted shape – exactly what happens to a victim of the Doctor’s two-dimensional adversaries, in the prologue sequence sucked into the wall of his living room and stretched out of all human recognition except from a warped dimensional perspective. 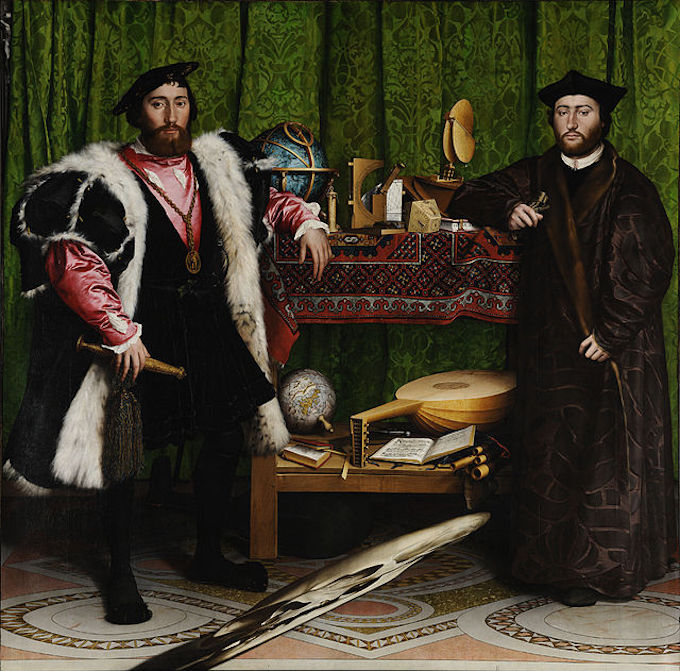 With the Doctor trapped inside the TARDIS, its external shape shrinking as the two-dimensional beings drain vast quantities of dimensional energy from the environs of a working class estate in Bristol, Clara has to step up and act as the Doctor. She seems to have gotten over her recent pink fit, making the difficult choices herself and gaining some understanding of the difficulties that face the Doctor in every adventure; that sometimes, in the battle to save the world, sometimes not everyone can be saved.

I suspect that we may learn that Danny went through a parallel experience as a soldier. While we seem to be have had our emotions thoroughly manipulated by the show’s creators through the whole Clara – Danny furore, it also seems the mysterious figure of Missy has perhaps put Clara into play from the beginning, manipulated her at every turn, creating someone who may act, not out of goodness, but like a soldier, out of command, loyalty and perceived necessity. Whether a soldier can be good, whether the only good soldier is a disobedient soldier, are questions yet to be answered.