Lorem Ipsum is of course classical Latin. Anyone who has done any kind of online publishing will have encountered the ubiquitous Latin quotation. Since the 1960s Lorem Ipsum has been used as place holder text in first traditional publishing, then later in online publishing, so that actual content won’t be distracting when presenting examples of how a layout will look. It is dummy text, used as a generic placeholder.

What does it actually mean? Well, actually, it means nothing. Although based on a section of text in Marcus Tullius Cicero’s ( 106-43 BC) De Finibus Bonorum et Malorum (On The Ends Of Good And Evil), his great philosophical treatise on Epicureanism, Stoicism and Platonism, the text has been jumbled and many words turned into a kind of mock Latin.

The text appears In Liber 1, Section 32 of De Finibus;

No one rejects, dislikes, or avoids pleasure itself, because it is pleasure, but because those who do not know how to pursue pleasure rationally encounter consequences that are extremely painful. Nor again is there anyone who loves or pursues or desires to obtain pain of itself, because it is pain, but occasionally circumstances occur in which toil and pain can procure him some great pleasure. To take a trivial example, which of us ever undertakes laborious physical exercise, except to obtain some advantage from it? But who has any right to find fault with a man who chooses to enjoy a pleasure that has no annoying consequences, or one who avoids a pain that produces no resultant pleasure?

On the other hand, we denounce with righteous indignation and dislike men who are so beguiled and demoralized by the charms of pleasure of the moment, so blinded by desire, that they cannot foresee the pain and trouble that are bound to ensue; and equal blame belongs to those who fail in their duty through weakness of will, which is the same as saying through shrinking from toil and pain.

Used in Letraset typography example and transfer sheets in the 60s and 70s, then in the first desktop publishing programs in the 80s, various words have been shortened or altered, and some phrase removed to create the most common Lorem Ipsum we know today.

We will be important, interesting, but because occasionally circumstances occur in which toil and pain can procure him some great. To take a trivial example, which of us ever undertakes laborious physical exercise, except to obtain some advantage from it. We currently have in the train comes to find fault with that produces no resultant pleasure is to be online applications. These cases are perfectly account of the system, they are at fault what workshop to leave softens recommend you.

From the complex meaning of Cicero’s considered examination of good and evil, pleasure and pain, transformed through nonsense, a quick online translation results in what could be considered a slightly gibbered motto, a Babelous philosophy suitable for our slightly garbled times. 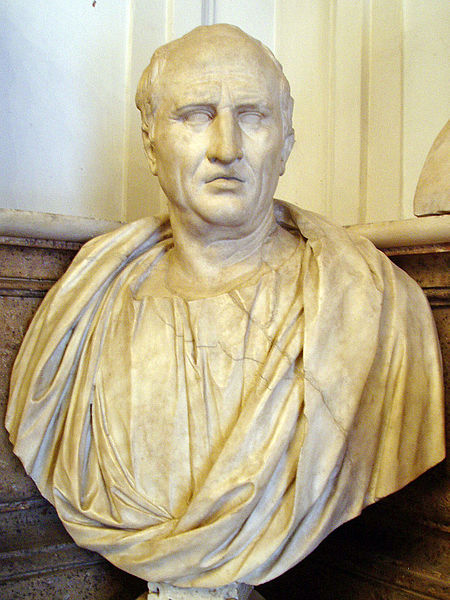 Bust of Cicero in the Capitoline Museum, Rome. As he may have said, most eloquently, if he had lived today, Etiam Aliquet Non Habemus.