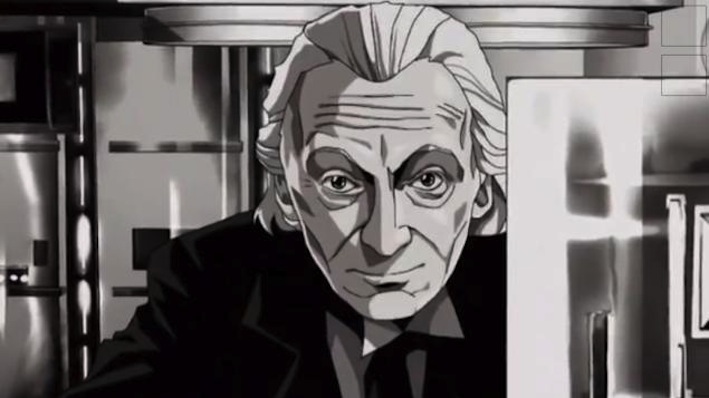 Doctor Who Rediscovered – The William Hartnell Interview Lost In Time

The BBC has announced the re-issue of the DVD of the classic The Tenth Planet episodes from 1966 will include a newly discovered interview with first Doctor William Hartnell. The Tenth Planet, the 2nd story sequence in the fourth series of Doctor Who, and the last with Hartnell and the first series with Patrick Troughton, also had been partially lost. The crucial last episode of the four episode series, featuring the historic first regeneration as the first Doctor transforms to the second, Patrick Troughton, is still missing from the BBC archive.

As with the earlier release Reign Of Terror, also missing its finale, the missing episode has been reconstructed and animated by Planet 55 Studios, based on original sketches, photos, and archive audio recordings. A picture archive of Planet 55 Studios progress on the project can viewed on the BBC’s Doctor Who News website.

Richard Bignall, a member of the Doctor Who Restoration Team, discovered the lost interview in the BBC’s regional news library in Bristol. It features Hartnell only a few months after he left Doctor Who, while on tour doing the pantomime Puss In Boots. A thespian of the old school, he sits in his dressing room, applying make-up, and speaks about his problems acting against the Daleks and how pantomime isn’t legitimate theatre. There’s even a Berwick Dalek Playsuit in one corner. Was it used in the panto? Puss In Boots Versus The Daleks? That’s another Whovian mystery lost in time.