Richard III will have more anniversaries than most medieval monarchs by 2015. His major dates, his birthday on October 2nd, his coronation on July 6th and his death on 22nd August are remembered each year, along with his burial date of the 25th of August. Now we have some new anniversaries. On the 25th of August, 2012, the grave of Richard III was discovered after being lost for centuries. On the 4th of February 2013 it was announced to the world that ‘beyond reasonable doubt’ King Richard III’s grave had been found in Leicester. Eighteen long months later Leicester Cathedral announced he would be reinterred on the 26th of March 2015.

The city of Leicester plans a week-long remembrance of his life, from the 22nd to the 28th of March, and Channel 4 will televise the reinterment ceremony. Channel 4 will also show a series of programmes over the week. Richard is the first medieval monarch to have his funeral broadcast live on television. It’s rather fitting considering how Richard has stayed relevant in modern culture over the centuries. The subject of one of William Shakespeare’s most significant works, a political satire which created one of literature’s most famous villains, Shakespeare arguably kept Richard’s memory alive when he may have slipped into obscurity. The play caused hundreds of years of debate, centuries of historians examining his life, culminating in a historical society that has been running for ninety years.

On the lighter side I am sure Richard III would be scratching his head at the concept of social media. Further to a conversation I have been having with Ross Wittenham of History Mine, Richard has more Tumblr blogs, Twitter handles and Facebook groups and pages dedicated to him than any other 15th century monarch (or any other monarch at all). His very own historical society would please him, considering his own love of books. But he might find the sophisticated scientific technology used to determine what he ate and drank (“what’s wrong with a book?” asks Richard) or the 3D polymer print of his head slightly alarming. Actually Richard has probably been the most photo-shopped medieval monarch of late. I think he might have a preference for the good-old panel portrait.

I know some Ricardians are experiencing nerd rage for the first time. King Richard III, welcome to pop-culture. 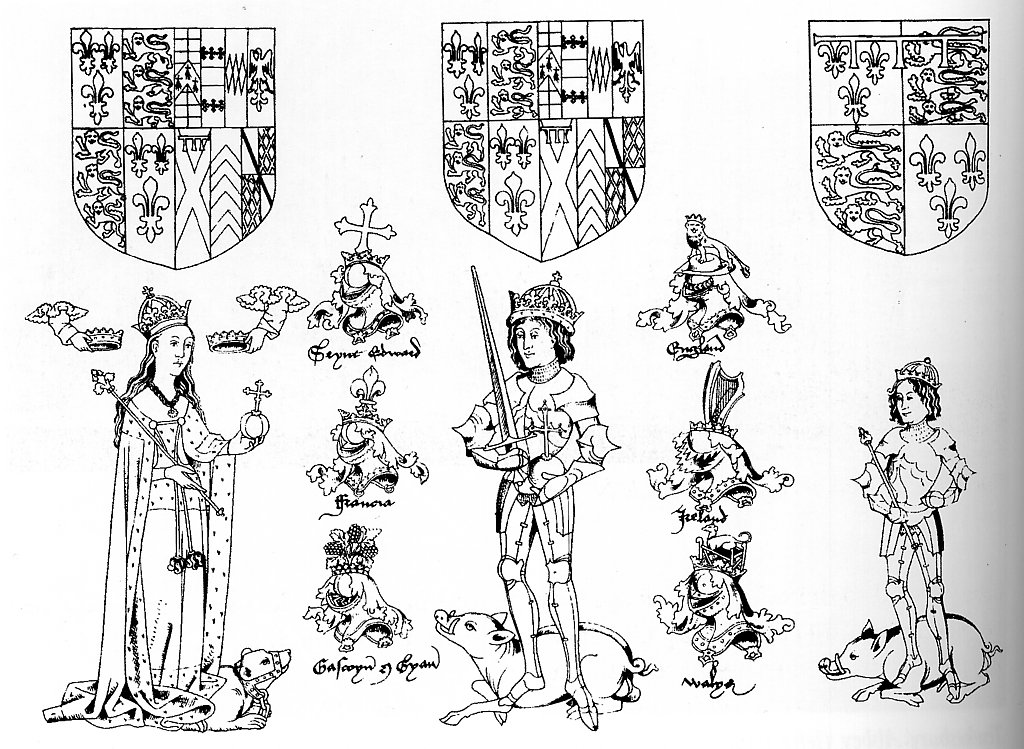 On the more serious side March is a month of both triumph and tragedy for Richard III. It is the month where the house of York defeated Lancaster in the terrible Battle of Towton, and his brother would take the throne of England as King Edward IV. But a more personal connection for Richard would be during his own reign, and the death of his wife and son. Richard’s son Edward of Middleham died tragically at the age of ten at the end of March in 1483, and Richard’s wife Anne Neville would die on the 16th of March of 1484. There is no doubt Richard would have been heavy-hearted around these dates. Yet perhaps Richard’s reinterment date of the 26th – likely very close to Anne’s own funeral – will give them a new connection, even if only slight. Considering both Edward and Anne’s exact burial sites are unknown and there is no chance of the family being buried together we can at least remember them each year, together, in the last two weeks of March.

Richard is also one of the few historical figures to have two afterlives, one after his death and one after his rediscovery. The 25th of August will always have a new significance now. Today marks the two-year anniversary of the rediscovery of Richard III. On the 25th of August, 2012, on the very first day of the search for Richard III’s lost grave, his remains were unearthed in what was marked as “Trench One”, the place where Richard was laid to rest by Franciscan Friars 527 years previously. It was a remarkable stroke of fate, but what is most significant about it is that King Richard III was found by the incredible effort of a small group of Richard’s modern followers, Ricardians. So today we remember not only Richard III but those loyal Ricardians who found their lost King.