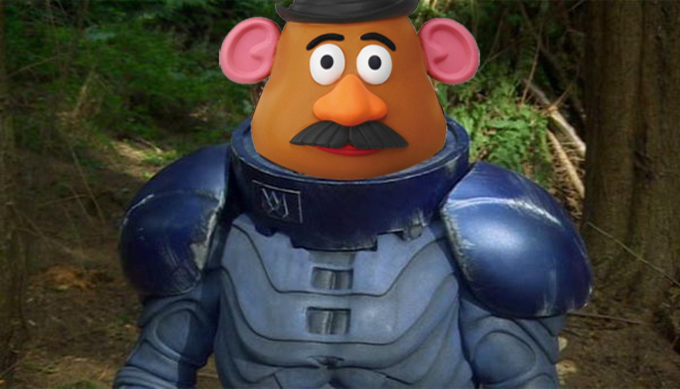 With Peter Capaldi Whovians Breathe A Deep Sigh Of Relief

From the hilarious opening sequence in which displaced Sontaran warrior Strax, now odd-job to 19th century Silurian investigator extraordinaire Madame Vastra, presented a vlog of his reflections on the characters of the previous Doctors (unfortunately a sequence that was only seen in cinemas in Australia – but undoubtedly it will come to an internet broadcasting service near you soon enough), to the mournful bellowings of an enormous lost T-Rex over the smoky haze of Victorian London, the revamped title sequence with its H G Wellsian classic time travel motifs of turning cogs and spiraling Roman numerals, the steam punkish clockwork robots re-making themselves with human parts, to the surreal end sequence as Michelle Gomez’s character Missy (Missy – Mistress – perhaps a female regeneration of The Master) danced around the Garden of the Promised Land like some demented Mary Poppins, the 13th Doctor’s first episode was a thrill a minute ride like a classic cinema matinee, peril, mystery, adventure, confoundment and surprise after surprise.

The Doctor, despite being an alien has always very decidedly expressed the air of the British eccentric. Part Robin Hood, part Richard Francis Burton, part Sherlock Holmes, and since David Tennant’s 10th Doctor part Peter Pan. Peter Capaldi, shows some of the Doctor’s 2000 years, in his distinguished neat grey hair and characterful face, combining waifishness and eccentricity, adding to it something very Scottish, something mysterious, even sinister, an element of Jekyll and Hyde?

The only strained note, other than the high-pitched tone of the reworked theme song, was perhaps Clara Oswald’s uncertain reaction to the new Doctor. Given that as the 11th Doctor’s companion she spent most of that time sassing him, and that she travelled with both the 10th, the 11th and the inescapably gnarled War Doctor without ever a frown crossing her very cute brow, it seemed a little out of character. It did lead to some quite beautiful dramatic moments as Madame Vastra and Clara wrangled over her inability to accept the new Doctor’s face. The producers obviously felt the need to convince the legions of Matt Smith devotees, mostly 12 to 50 year old fan girls I suspect, that a grey haired, gruff Scottish Doctor was still the same Doctor. I think, as usual, they are underestimating the audience, however, a cosmic phone call from the previous incarnation to the uncertain Clara about the new resolved all doubts.

Peter Capaldi is the Doctor. In his slim dark suit and deep red satin lined three-quarter length Crombie coat, speaking perhaps of an Edwardian masculinity with a hint of stylish 1960s dandy, combining eccentricity, waifishness, rogue determination with a little dark aggression, a fusion of so many elements that have gone before with something quite new, he is perhaps the most quintessential (or in this case tridecessential – with the essence of thirteen) Doctor Who yet.