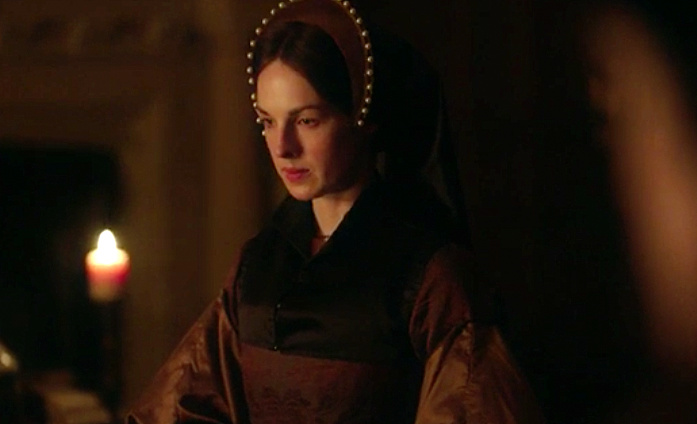 You have to wonder if it should really be this simple to gloss over the judicial murders of six innocent people. The Wolf Hall version of the world is decorated with a supporting cast of marionettes built of arrogance and envy and spite – and the five men who were framed for committing adultery with their shrewish Queen deserved their fate. Why should the viewer symathise?

Do you know the names of the five innocent men who lost their lives at the whim of a tyrant? Lord Rochford George Boleyn, Sir Henry Norris, Sir Francis Weston, Mark Smeaton and William Brereton.

Remember those names, as Wolf Hall lumps them into a loathsome, faceless entity that serves the purpose of Cromwell’s revenge.

Remember George Boleyn who was accused of committing incest with his sister, and his wife Jane who had to return to court the widow of a disgraced traitor, to serve the woman who had replaced her murdered sister-in-law. Henry would have her head too. He might not have liked the mourning clothes she wore until her death, he went out of his way to make sure she could be executed, changing a law when Jane had a nervous breakdown during her imprisonment. 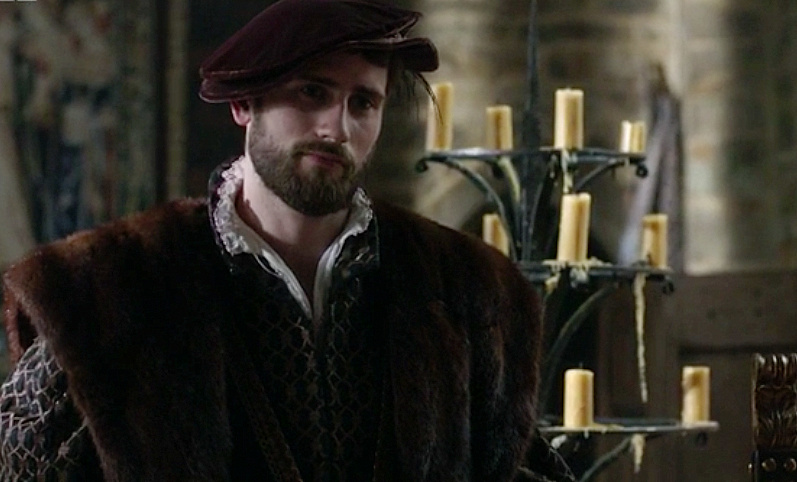 A widow, not a woman who sold her husband’s life to Thomas Cromwell for a few trinkets. Wolf Hall‘s George and Jane Boleyn were out in full force this week. The scene of Henry’s jousting accident was played out with George bellowing Boleyn! Boleyn! in a maniacal voice after threatening Cromwell, while Henry lay unconscious, presumed dead. Played out as it was written in Mantel’s Bring up the Bodies, a scene that has always sat strangely with me. The Boleyns could hardly have relished the death of King Henry VIII. Do you think the Boleyns really thought they stood a chance against the wrath of the nobility who thought they didn’t deserve their place, with only a queen who had yet to win them over and a female infant at the helm? It’s unlikely. With the benefit of hindsight we can see the Boleyns really had little power at all.

That’s the problem, people always ascribe too much power to Anne Boleyn, a side effect of the romantic notion of her great love affair with Henry VIII. Anyone in Henry’s court only had as much power as he allowed them, and held his love only so long as he wanted them to.

George and Jane Boleyn have had at least two afterlives each. As they should, they go hand-in-hand. Jane’s reputation suffered for her involvement in Queen Catherine Howard’s fall, but it wasn’t until Queen Elizabeth I’s reign that she was used as the scapegoat for the fall of the Boleyns. Elizabeth I was not wont to give up her mother, as her sister Mary I had not before her. Elizabeth boldly displayed an image of her mother and father at her coronation. Nor was anyone wont to tell Elizabeth her mother was an adulteress or her father a murderer (although only the latter is correct). We don’t know whose stroke of genius it was to accuse Jane Boleyn of testifying against her husband and sister-in-law, but it was ever so convenient. George Boleyn then became the innocent victim of his wife’s envy and spite. Jane’s name was blackened beyond repair.

When Retha Warnicke mooted that George Boleyn was a homosexual in the 1980’s it was largely ignored, until it captured Philippa Gregory’s imagination. By 2001, George was the sympathetic young man who had to struggle with his true feelings, while his neglected, hopelessly in love and completely mad wife Jane was manipulated into testifying against him by her uncle, the convenient villain Norfolk. In 2007 The Tudors gave a homophobic representation of George who, disgusted by being forced to marry a woman, beat and raped Jane on their wedding night. In 2009 Alison Weir proposed that Jane testified against George because she was disgusted by his ‘sexual practices’. While it was rumoured that The Other Boleyn Girl had forced Warnicke to shy away from her previous theory, in 2012, possibly buoyed by the new culture she had created around George, she came out all guns blazing claiming that “[Mark Smeaton] might have committed sodomy with Rochford, since he possessed a book by Jean le Fevre of Ressons-sur-Matz on the miseries of marriage, formerly owned by Rochford.”

There’s your evidence folks. How do you like that? Be careful who you lend your books to, you might accidentally have sex with them.

Jane Boleyn never testified at any trial, nor gave evidence that her husband had committed incest with his sister. That was a slander first mentioned in 1563, and elaborated upon over the centuries. Two contemporary sources, John Husee and Justice Spelman, name the Countess of Worcester and Lady Wingfield as giving evidence (one of them dead). However Warnicke’s homosexuality theory saw the birth of a new Jane. George is no longer the wronged husband, now Jane is the wronged wife, a victim of an abusive husband who was desperate to escape her torturous marriage. What a dramatic piece of fiction that makes. 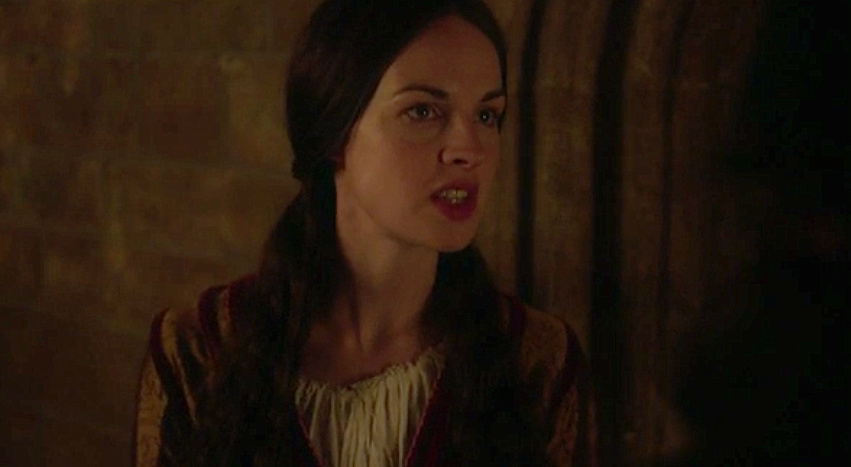 Julia Fox’s study in 2006 exonerated Jane. But less than ten years is not enough time to repair Jane’s reputation. While Elizabeth Norton, Claire Ridgway and Clare Cherry have published factual accounts of Jane in the last few years, other historians working on Henry VIII have skipped over the new evidence Fox has offered. It’s not surprising, nor should the historians be blamed for it. Someone writing a book on the politics of Henry VIII’s reign is hardly going to stop and study Jane Boleyn with any depth. Jane is unimportant. The traditional view of Jane, however, was starting to give way. But any good work that had been done should be just about destroyed by the end of Wolf Hall.

This is, sadly, where fiction could have helped. Some sympathetic portrayals of Jane on screen would go a long way to helping her reputation. Hilary Mantel knew that Jane Boleyn did not work to bring down her husband but admitted that it was too difficult to introduce the character of Lady Wingfield, so Jane was stitched up purposely. And what a job they have done. This is by far the vilest, foulest, most sexist and most spiteful representation of Jane Boleyn to date. All by an author who knows better, and repeatedly claims to be historically accurate.

Of course Wolf Hall is not alone in this. None of the representations you have seen of either George or Jane Boleyn on screen in the last decade or two are close to accurate. None of the crimes ascribed to their characters are correct and the representations of their marriage are false. The contemporary records show very little, they had an unremarkable marriage that was no cause for comment, and they were unlucky to never have children. That is all we know. That is all we need to know. Jane made her feelings clear by never remarrying and wearing black until the end of her days.

Very soon we will see Jane Boleyn in Cromwell’s pocket, whispering in his ear, holding out her hand for her reward. And now the vengeful Cromwell will wreak his destruction on a group of people the viewer doesn’t care about because they are so abhorrent. Perhaps when Cromwell’s death rolls around next season the viewer won’t sympathise with him either. 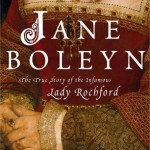 Jane Boleyn: The True Story of the Infamous Lady Rochford by Julia Fox 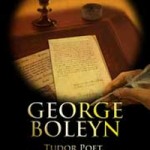 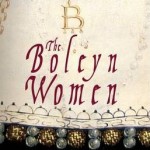 The Boleyn Women by Elizabeth Norton