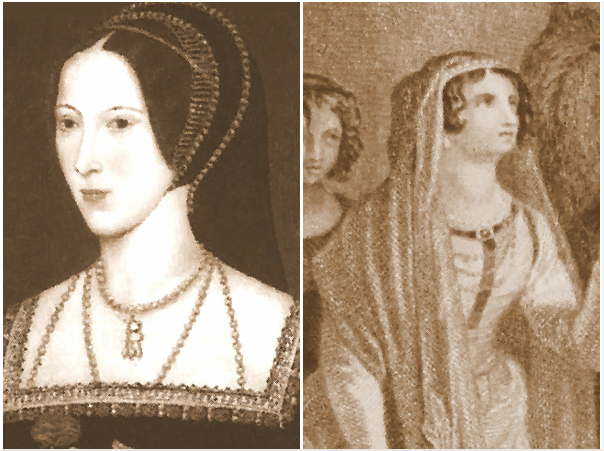 My all time favourite queen of England has to be Elfrida (or, more correctly but less easy to read, Aelfthryth), the queen of King Edgar. I have carried out research into Elfrida for some years now and she was one of the motivations behind deciding to write my first book – She Wolves (The History Press, 2008). I wanted to tell Elfrida’s story. I returned to Elfrida in print with a short biography in England’s Queens, The Biography (Amberley, 2011), but it always seemed like there was more of her story to tell. I was therefore thrilled to finally be able to persuade my publisher that she merited her own biography and the result is Elfrida, The First Crowned Queen of England which was published recently.

While researching Elfrida, I was very struck by the similarities between her story and that of her descendant, and later successor as queen, Anne Boleyn. Anne, like much of the Tudor nobility and gentry, was descended from Elfrida several times over, through her son, Ethelred II (the Unready). Was there something of her royal ancestress in Anne?

Like Anne, Elfrida was the daughter of a middle-ranking man, with her father, a thegn named Ordgar, only becoming an ealdorman after her marriage. Her mother, a woman of royal descent, outranked her father – as Anne’s mother, Lady Elizabeth Howard, did. Both girls were particular favourites of their fathers. It was Anne that Thomas Boleyn chose to send to Margaret of Austria in the Netherlands in 1513, in order to take up a post as lady in waiting. Similarly, Ordgar spent a considerable amount of time with his only daughter, whom he was rumoured to have promised to leave a substantial proportion of his wealth. He taught her to play chess and was a major influence on her childhood.

The relationship that each woman enjoyed with their respective kings was both scandalous and surprising to contemporaries. Elfrida and Edgar were rumoured to have begun an affair while she was married to her first husband, Ealdorman Ethelwold – with the king reportedly clearing the way for his own suit by murdering his love rival. While the evidence that Ethelwold was murdered is tenuous, it was the sort of story that contemporaries – and later observers – were prepared to believe of Edgar and Elfrida, again foreshadowing the poor reputation of the later Anne Boleyn.

Of greater similarity is the way that the relationships developed between the two couples. Edgar, reportedly, fell in love with Elfrida at first sight, becoming determined to take her as his queen. This is similar to the intensity of feeling felt by Henry VIII for Anne, who pursued her with ardent letters pressing his suit when she tried to retreat from him away from court. Henry VIII was, of course, married to Catherine of Aragon and his decision to marry Anne caused years of confusion and turmoil for all parties involved.

What is not so well known is that Edgar was also married at the time that he chose to make Elfrida his queen. His first wife, a noblewoman named Ethelflaed the Fair, was probably still living, although immured in a nunnery. She had already stepped down as Edgar’s wife to allow him to marry the royally-descended and very noble Wulfthryth, a cousin of Edgar’s. Wulfthryth was, politically and socially, a highly suitable bride for Edgar, just as Catherine was for Henry. Love overcame him, with his second wife also being sent to a nunnery as abbess. This was, in fact, something that Henry hoped to do with Catherine, with her retirement the one way that, without an annulment, he could legally marry again.

Edgar and Elfrida were married as soon as Wulfthyth had retired. Although divorce was considerably easier for an Anglo-Saxon king than a Tudor one, Wulfthryth did not go quietly, with the Archbishop of Canterbury, Dunstan, for one, accusing Edgar and Elfrida of adultery when he burst into their bedchamber one morning to upbraid them. Elfrida and Wulfthryth clashed over control of the nunneries and it appears that Elfrida’s very poor reputation comes from stories circulated about her in convents associated with her predecessor and her family. Elfrida also had a poor relationship with her stepdaughter, Wulfthryth’s daughter, Princess Edith, just as Anne had with Catherine’s daughter, Princess Mary.

Both Elfrida and her later successor as queen, Anne, were, by all accounts, devoted and involved mothers. Elfrida was particularly close to Ethelflaed – the daughter of her first husband (and, thus, either her stepdaughter or daughter). She also strove to ensure that the succession to the throne passed to her sons by Edgar, rather than his eldest son, Edward, who was the son of Edgar’s first marriage. It was Elfrida’s greatest political supporter, Bishop Ethelwold of Winchester, who referred very pointedly to her as the legitimate wife of the king and her eldest son, Edmund, as the king’s legitimate son in an important charter. The older Edward, who witnessed below his half-brother, was described merely as a son of the king. Just as, for Anne, Princess Mary was a dangerous rival to her own daughter, Elizabeth, so too was Edward a rival to Edmund and Ethelred, Elfrida’s sons.

Perhaps due to the controversy over his marriage, Edgar was eager to display Elfrida as his legitimate wife. She shared his second, imperial coronation in 973, when he had already been king for some years – something which allows her the distinction of being the first woman to have been crowned as queen of England. Anne’s coronation was also an important means of displaying the legitimacy of her marriage and pushing the claims to the throne of her future children. In both cases, it was important to imbue a non-royal queen with the mystique of royalty, in order both to enhance their own status and that of their offspring.

Unusually for an Anglo-Saxon queen, Elfrida was able to exercise real political influence over Edgar, as Anne was in the early years of her relationship with Henry. Elfrida was a leading figure in the tenth century religious reform movement, which sought to re-establish monasticism in England, while Anne was a leading English supporter of the sixteenth century reform.

Both women were powerful political figures in their own right and, while Anne, of course, did not survive Henry, Elfrida was still living when Edgar died suddenly in 975. Although she was at first unsuccessful in winning the crown for her surviving son, Ethelred, following the murder of King Edward (reportedly at her house at Corfe), she was able to establish herself unofficially as regent of England during her child’s minority.

Do these similarities matter or are they just superficial? It is interesting that five centuries apart, love could overthrow political reason for a king. Many of the pressures on the kings and their wives were the same in both societies with the queenship of lowborn women. Both Elfrida and Anne sought to increase the power of the role of queen and build a political position for themselves. It is interesting that neither was popular – due largely to the ways in which their marriages were achieved – and Anne could, perhaps, have learned something from her predecessor, who remains the most notorious of early queens of England.

Queen Elfrida was born over a thousand years ago, but the way in which she became queen and established herself politically still resonates. Her descendant, Anne Boleyn, may not even have been aware of her story or of the facts of her life, but they were surprisingly similar, with both women subverting societal norms in order to build their own political role as queen. 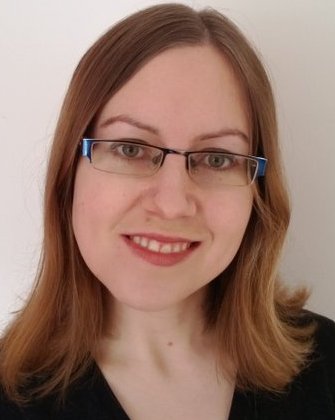 Elizabeth is a British historian, specialising in the queens of England and the Tudor period. She was awarded a double first in her undergraduate degree at Cambridge and has a Masters degree from Oxford. She is currently working part time towards a PhD in history at King’s College, London. The rest of the time, she writes books and articles about the Tudors, including biographies of four of Henry VIII’s wives.

Find out more at www.elizabethnorton.co.uk