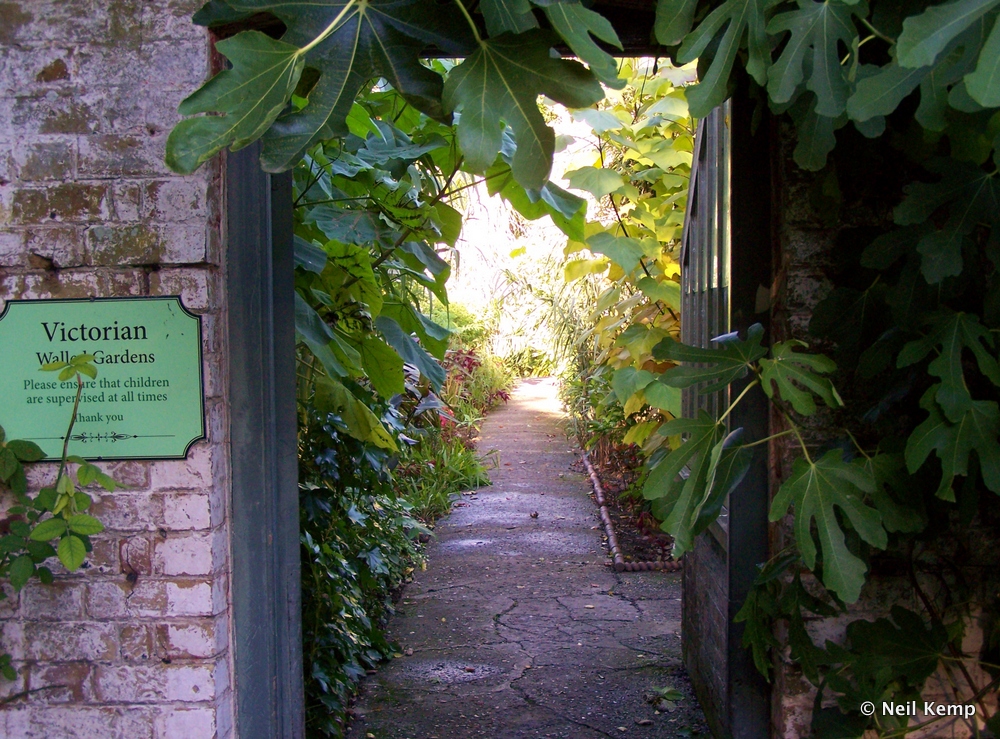 Powell-Cotton Museum, House and Gardens: Fall in Behind the Major

This week’s report comes from a venue in Kent that is a little different from my previous reports.

The Powell-Cotton Museum stands in the grounds of Quex Park, Birchington and was founded by major Percy Powell-Cotton from his personal collection of “trophies” acquired on his explorations and hunting expeditions in Africa and Asia. From the last quarter of the 19th century up until 1939 (a year before his death), the major went on no fewer than 28 expeditions, and during that time brought back a vast quantity (numbering many thousands) of animals, skins, skeletal specimens, weaponry and artefacts; which include examples of ethnic crafts, tools and textiles. 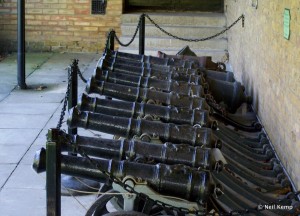 The major seems to be referred to primarily as a conservationist in a lot of literature, also an explorer. In literature produced by the Powell-Cotton Museum, his exploits are referenced to his living during an age of; “bold adventures and dangerous expeditions”, which it must be said, he undoubtedly was. The word that seems least used is that of a hunter. Now I know one has to be careful about putting modern-day judgements on the actions of individuals in the past, but to my mind I struggle to class anybody who went hunting for “sport” as a conservationist. He certainly seems to have shot just about every variety of living creatures that could be found at that time on the African and Asian continents. As one writer very graphically put it; “he killed anything that moved”. This included large game, such as Elephants, lions and buffalo, but also many smaller species, including gazelles, antelopes and monkeys.   Today they make up one of the finest and most comprehensive displays of natural history that one is likely to find anywhere in the world, certainly in the form of a private collection, it is just the manner in which this collection was originally amassed that could be deemed to be far from tasteful.

So how do we judge Percy Powell-Cotton, if indeed we should judge him at all? Was he just a Victorian “rich boy”? Was he a conservationist? Or is the truth more complex, with changing views, both on a personal level, and in society in general, playing a part?

The major certainly, however unknowingly, left behind a legacy that is a vital tool to the conservationists of today who are seeking to protect endangered species. However, this has been provided at the expense of the animals of yesteryear, and the ever-increasing prominence of Powell-Cotton’s name in the world of conservation is, in my opinion, a result of serendipity rather than any concerted efforts of conservation as we would understand that term in the context of today’s world.

He was undoubtedly a product of his time; the epitome of a Victorian explorer, who would don his pith helmet, load his rifle and set off into the jungle to bag himself a lion or a rhino. Such exploits of course belonged to the privileged classes, those with both the time and money to pursue such pleasures. It has to be said though, that an awful lot of bravery was required in order to undertake such treks, and that the major pursued his pastime with an ever-increasing scientific passion, which included invaluable documentation of animals; their habitats and numbers. Therefore, whilst I question both the major’s modern reinvention as a conservationist and the morality involved in his pastime, I cannot question either his bravery as a man, or the conservational legacy he has left.

Even existing articles offer diverse opinions as to the motives behind Powell-Cotton’s collection, and at least two cannot agree as to the current predicament of many animals. Richard Crowhurst in writing for Time Travel Britain states that; “No animal in the collection is extinct…many species that were endangered in Powell-Cotton’s time are now thriving as a result of his educational legacy”. Whilst Pieter Kat of Lion Aid writes; “I saw animals now extinct – the Northern White Rhino – and animals critically endangered, like the Hirola…the Simien Wolf…the East African Golden Cat, the Angolan Columbus Monkey, the Southern Roan Antelope, etc.” 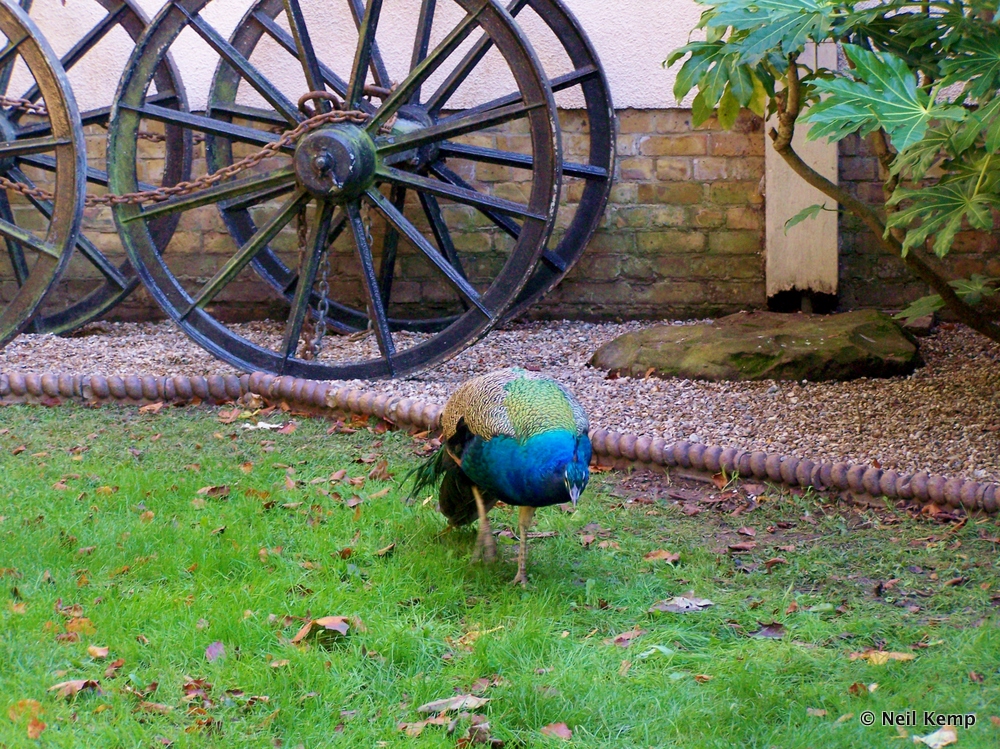 Ironically some species are named after the major (“cottoni”), one assumes primarily for the invaluable information his legacy has provided in helping conservationists around the world. These conservation works have included using DNA samples to help in breeding programmes for endangered species, and analysis of the major’s records; which has proved invaluable in helping current environmentalists, anthropologists and conservation workers.

Whatever the rights or wrongs are regarding this collection (and I’m sure opinions will differ), it cannot be argued that it is a splendid collection, initially brought to fruition by the fine taxidermy skill of Rowland Ward. For my own part, however magnificent these animals look on display (and the dioramas are exceptional), I prefer to see any animal alive, well and in its natural environment.

There are nine collection galleries in total, which includes the passage gallery; this houses a vast array of primarily military firearms and a display of their development. Apart from the dioramas of animals, other galleries include displays of china, pottery and ethnic artefacts and textiles. There is also a display of cinematography taken by the major, who was also a keen photographer; his pictures obviously enhancing the meticulous records he kept of the animals he hunted and their locations. 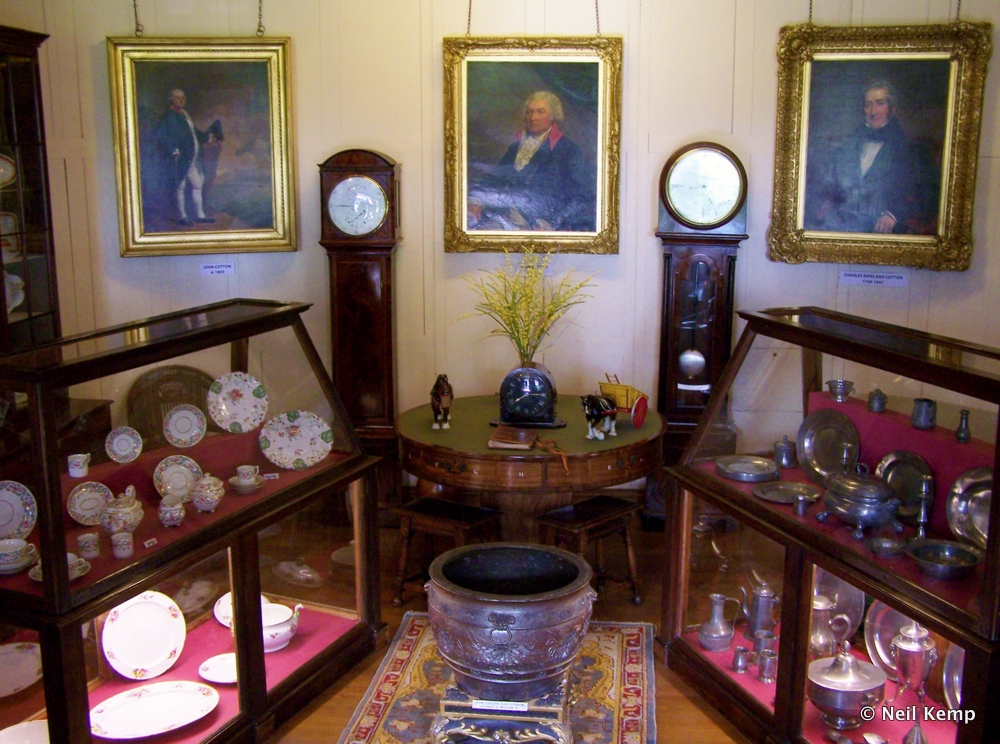 Quex House, although built before Victoria came to the throne, is almost a complete time capsule of a well to do Victorian family. An Oriental drawing-room, a library, boudoir, bedroom, along with collections of English furniture, clocks (one carriage clock reputedly to have come from Napoleon’s carriage after defeat at Waterloo), silverware and numerous paintings.

The gardens are worth a visit on their own, and you can indeed choose to do so. The many features include a fountain, croquet lawn , a Victorian walled garden, open lawns, exotic trees, woodland walks, listed statues and the family mausoleum; built to house a collection of twelve bells at the top. On the day I visited, the sun was shining and it was rather warm, which made for perfect conditions to be in an English country garden. I enjoyed it immensely and took full advantage of the many seating areas which are available around the grounds to relax and view the truly wonderful natural beauty that was all around me (even a squirrel came to say hello). 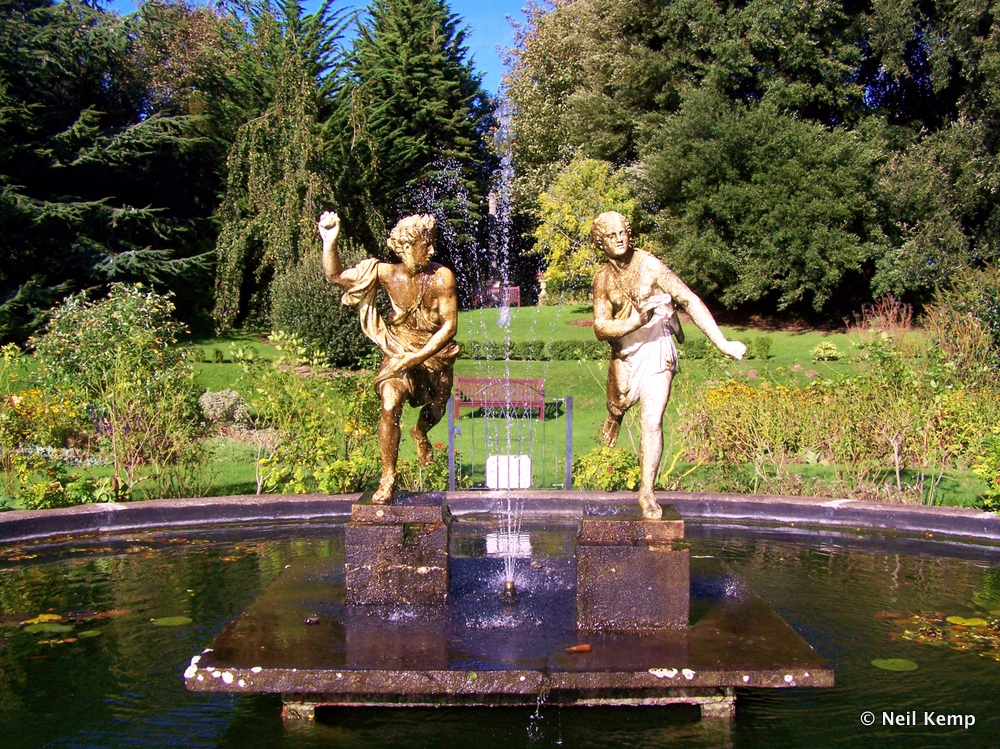 In conclusion I would recommend the Powell-Cotton experience. People will have their own views regarding the morality involved in establishing this archive of natural history, but it cannot be denied that it has been well done.

The house, although not fully open to the public, is a gem and is crammed with multiple items of Victoriana. The attached gardens are, as I have described, wonderful.

Do I think the major was a conservationist? No, I believe he preserved rather than conserved. But in doing that, and in keeping the records he did, much good work is now being achieved in the field of conservation via his legacy. All of the species that are now extinct or endangered, I believe would have still been so regardless of major Powell-Cotton, he was merely one of many who saw no wrong in doing what he did, and as such he was, I believe, merely a man of his age. He has been maligned in the past, but is now probably receiving praise for something that he could never have envisaged.

My personal view is that shooting animals for “sport” is morally wrong, whatever the era, but I don’t believe the major was a bad man because of that; he was of a class and in an age where such “sport” was acceptable, however unacceptable we may view those actions in the 21st century.

Powell-Cotton’s legacy, in the form of his enormous collection, is now doing much good, but is that why it was obtained in the first place? I’ll let you be the judge of that question. 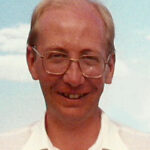