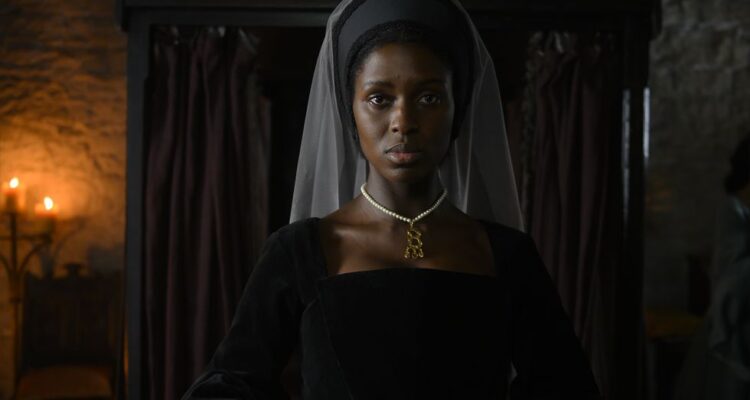 Recently I saw a meme aimed at history nerds making fun of ‘social justice warriors’. I’ll laugh all day long at the memes featuring peasants asking for gluten-free bread, but this one struck me as strange, and unfunny. Then, most of this year has struck me as strange, not only for the events going on in it, but because I, personally, seem to be continually confronted with genuine misunderstandings of the history discipline. Laugh at ‘social justice warriors’? Historians have been able to claim that title since mid-20th century. It’s part of the job. Social history was a product of the civil rights and feminist movements. Call me a social justice warrior? Damned straight I am.

2020 has been the year in which the Black Lives Matter movement finally exploded, in the middle of a worldwide pandemic, after the murder of George Floyd by Minneapolis policeman Derek Chauvin. George Floyd’s last words before he was suffocated to death, “I can’t breathe’, reverberated around the world. Riots, that I have not seen the like of in the US since someone took a video recording of Rodney King being brutalised by police 30 years ago, broke out in Minneapolis. Peaceful protests were held around the world in an inspiring display of solidarity. Small victories were won, like the arrest of George Floyd’s murderer, and ‘defund the police’ – the brutal, militarised, law unto themselves police, gaining traction. But real change takes a long time. It might be heartening to see those small victories, but seeing the world rapidly sliding backwards into conservatism weighs that down. So does the recent shocking displays of policemen dragging people from their cars to assault them.

One of the minor after-effects of the George Floyd protests was the vandalising of statues celebrating colonial figures in various countries. I have spent most of 2020 researching institutional racism and reading politically conservative writing. Daily I have seen the complete lack of awareness in society over the insidious reach colonialism has had, destroying and devouring entire cultures. And daily I have seen the constant refrain that “you can’t rewrite history”. Actually folks, that’s another part of the job description. Historians do rewrite history. We rewrite it when we get new information. We rewrite it when our perspectives as a society change. We rewrite it to demonstrate different perspectives from academics to add to the knowledge base. We rewrite it to reflect our current values, and how that changes our view of historical facts. We rewrite history, all the time.

There’s nothing quite like spending the day reading whiny old white man (and sometimes woman) denialism of the Holocaust, of the massacres of First Australians, or the Stolen Generation, or the squeamish shrieks when the word genocide is uttered – even though most British colonial projects have met all of the criteria points under the United Nations Definition of Genocide, and the general hanky-wringing over those who think they are being made to feel guilty for past atrocities. Then I come to social media after a gruelling day of reading to see the racists, the misogynists, the ableists, the Qanon idiots, the lockdown protesters, but most of all, let’s say it again, the racists. The racists out in droves, dribbling their animosity everywhere, less often prefaced with “I’m not racist, but”, because these days no one is really ashamed to be racist and the internet has become a forum for them to spew their hate.

Now, historians should be, and I say should, because there are plenty of conservative historians still pushing their agenda, on the side of diversity and change. As ‘witnesses’ to the history of evil in the world, it should be embedded in our beings. That does not mean that history ‘fans’ are at all similar. Let’s also draw the distinction between history fans and amateur historians. Amateur historians are of great value to the history community, often working in local historical societies, and producing micro-histories that would generally be overlooked. Amateur historians work and contribute to knowledge. Many history fans, on the other hand, join Facebook groups to discuss who their sixteenth great-grandmother is or who has produced a favourite portrayal of Anne Boleyn.

Now, the latest actress cast as Anne Boleyn has the one feature that everyone knows about, those big, beautiful black eyes. The last two well-known actresses cast as Anne Boleyn have had blue eyes (American musicals not included). But this morning I woke up to the news that a new production about Anne Boleyn is being produced and that the actress playing Anne is black. Deadline writes that:

The drama shines a feminist light on the final months of Boleyn’s life, re-imagining her struggle with Tudor England’s patriarchal society, her desire to secure a future for her daughter, Elizabeth, and the brutal reality of her failure to provide Henry with a male heir.

The cast also features other black actors, indicating that the entire cast will be culturally diverse and that is the route producers are taking. It’s “colour conscious” casting. And unsurprisingly there has been a fast and furious backlash. I say unsurprisingly only because humanity is still largely racist, and not because the backlash is justified. I haven’t bothered to read many of the comments but the general idea is that the mealy-mouthed puerile whining is over “historical accuracy”. Claims of a want of historical accuracy from the sort of fans that spend their time arguing over who was a better Anne Boleyn, Genevieve Bujold or Natalie Dormer? Claims of a want of historical accuracy from fans who sighed over Jon Rhys Myers handsome and lithe Henry VIII. Claims of a want of historical accuracy from people who, by and large, only want to be entertained by history, not challenged by it. People who think that history is made up of saucy scandals, the foibles of the rich, of whores and bastards and all that is titillating, and not of human suffering. Because that is what the masses really want from history. Sex. Whores. And Bastards. The internet has contributed to the dumbing down of history like nothing else has ever managed to.

What happens now, when we will have a black Anne Boleyn on the screen, to the plaintive cries of “political correctness has gone mad!”? Maybe some of those tiny narrow minds will be challenged. Maybe theatre goers, who are used to ‘colour-conscious’ casting won’t care. Maybe most people won’t care. After all, why should you care? Jodie Turner-Smith is a woman playing a woman in a fictional take on that woman. Anne has been horribly objectified over the centuries. Anne was not black, nor was she a what we now recognise as a feminist. But rewriting her story from a feminist perspective gives us the benefit of shared experience. Of universality. Used wisely, art, or fiction, is where we can fill in gaps in knowledge. We can learn psychological truths through fiction.

‘Colour-blind’ casting is not without genuine criticism in academic circles. Critics generally take the stance that it tries to make culture irrelevant, a part of the wider argument that ‘colour-blindness’ in society erases the struggles of marginalised groups. On-screen, however, I would argue that colour-blind and colour-conscious casting largely aim for the same thing, to celebrate diversity. There are obviously cases where this does not work and characters of the relevant culture, gender or age group should be cast. But in a Shakespeare adaptation, for example, it doesn’t matter if you are conscious that the actor cast is a different culture or gender than what was originally imagined by the author. You are supposed to immerse yourself in a fresh new experience of the adaptation. A mostly African Hamlet cast with a white woman playing Guildernstern? Michelle Terry as Hamlet? Mandarin Richard III? All female cast Richard II? Yes please.

So what might this new production of Anne Boleyn bring? It’s being framed as a psychological thriller that explores the last days of her life, producers say that “Lynsey Miller’s beautiful, intimate vision will put Anne’s gaze at the heart of the piece”. Is it really suitable to be adapted as a psychological thriller, you ask? Didn’t Henry plan the murder of his wife weeks in advance and then frame five other men to destruction with her? Hasn’t Sean Cunningham just very recently unearthed a warrant book showing even more excruciating detail in which the murder was planned? Oh you thought Henry was just the funny old fat king with his various merry wives, not a domestic abuser who neglected his first wife to her ruin and death, sent two of his other wives to a violent death, and harried and terrified the other three?

There is no guarantee that the series will live up to what I am hoping it might, I am not even a particularly big fan of historical fiction. Most of it annoys me because it panders to the decline of the intellectual climate in history. Much of it doesn’t challenge the reader to think about historical figures as living people, it presents shrill caricatures designed only to entertain, it perpetuates stereotypes and strangely, and I say strangely because people being able to relate to history is its biggest draw, it doesn’t really present anything as recognisably human. If we compare something like the magnificently sardonic The Great, to the adaptation of Wolf Hall, the main disparity is that one delights in the ridiculous and one takes itself oh-so seriously. Both are about as historically accurate as each other. Both of them even feature Charity Wakefield, who I adore, as cheerfully promiscuous.

History is not solely the province of academics. History has no intellectual criteria for enthusiasts because it belongs to, and is about, people. History is a wide-ranging discipline that attracts people from all walks of life. There is no way to entirely shake the conservative out of history. But there is a way to stop the decline in its intellectual climate. History has been about Great Men for far too long. And for too long now, historians have been told what they should do by those who are afraid of the truth. It’s not in a historian’s nature to be told what to write. We are truth-seekers. And that should serve as a reminder that, as historians and writers, and fans, we have to keep fighting. Now is not the time to slow down. Push those boundaries. Make those people uncomfortable. Challenge those small minds. And be as damned loud as you can.