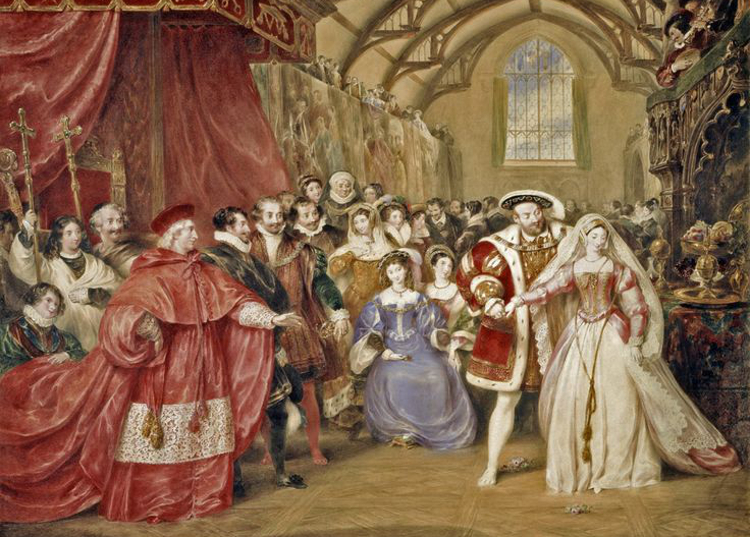 Olga Hughes
History
December 17, 2016
On the fifth day of Christmas Sandra Vasoli shares a tale of Christmas with Anne Boleyn and Henry VIII from her novel ‘Truth Endures’

The celebration of Christmas in the Henrician Court was, in most years, a spectacular affair. It was at this time that the King would provide a display of shining magnificence so as to leave no doubt that he was the polestar of the known world. It was to be expected that the King, and his courtiers, would array themselves in their finest attire and take part in feasts of unimaginable plenty. Often, they would make themselves visible to the local townfolk, allowing the commoners a glimpse into their luminous existence.

It was also expected that Henry’s Queens would appear in an equally resplendent manner. For Henry’s love, Anne Boleyn, this requirement would certainly have posed no problem. Anne was well known to have a flair for fashion, and impeccable taste. I like to think of her as a perfectionist, whose surroundings were coloured by her love of beauty. Together, she and Henry created a dazzling tableau whenever, and wherever they held court.

A favourite Palace in which to celebrate Christmas was Greenwich. Known as the Palace of Placentia, Henry had strong emotional ties to this residence. It had been a favourite of his father’s , the Princess Elizabeth, Anne and Henry’s daughter, had been christened there, and  Masses were said by the Observant Friars, whose church adjoined the Palace via a gallery. And the sparkling windows of the Hall and the royal privy chambers overlooked the river Thames.

In order to prepare for the elaborate banquets and supper parties held throughout Christmastide at Greenwich, new – often temporary – working kitchens would be built. In these, the Master Cook would scurry about, overseeing the many staff needed to prepare elaborate dishes to be delivered – piping hot and in a strictly uniform order – to the Great Hall, or to the more intimate chambers in which the King and Queen entertained their select guests.

Here is an excerpt from the second novel in the Je Anne Boleyn series, Truth Endures.

Merry Christmas to one and all… and a happy, healthy and peace-filled New Year!

I took charge of the stewards at Greenwich, and with the help of the Lord Chamberlain, readied the Palace for the festive season. I gave instructions that the Great Hall was to be laden with winter greenery, filled with holly – only branches which held the reddest berries – and fresh candles and tapers were to be added to each corner of every room. The Yule log would be massive, and I conferred with the Master Cook to be certain he and his staff were prepared to serve only the very choicest selections of beef and venison, the freshest possible breads and the most desirable sweets and spiced puddings. I took pains to ensure that, although we were not going to host a mighty banquet in this year, each and every small gathering would be pleasurable.

As a surprise for Henry, I had arranged a very special musical performance for him and our closest friends, on an evening just before Christmas. One of my keen interests was the financial support of artists who displayed rare progressive talent in their fields of endeavour. Dear Marguerite d’Alençon had been a true artist’s patron in France and, as a young, impressionable girl, I had been fortunate enough to have been in the company of the illustrious musicians, painters and writers she had encouraged.

Thus it was that, through a referral by the brilliant Bishop Richard Cox, a friend and true reformer, and a dean at Oxford, I came to know a man with prodigious musical skill by the name of Christopher Tye. Tye was then studying at Cambridge, and I had been told that he was a new master at composing and directing splendid choral music. The Bishop was most enthusiastic about his friend’s abilities, and since I trusted and admired Cox so greatly, we organized a performance with Tye and a small choral group, so that he might perform several of his compositions for the King. I then met with Master Tye himself to discuss his program, found him to be exceedingly pleasant, and was amused at his excitement, which he tried very hard to control by striving somewhat unsuccessfully to appear dignified. It felt wonderful to once again become immersed in planning a special celebration – something joyous that I would look forward to.

That elegant evening supper was a great success. I’d wanted to take Henry’s breath away, like I had once been so adept at doing, so I took great care in selecting my gown and jewels. To help in that scheme, I utilized the skilled assistance of a new French maid, Simonette, whom I had recently employed, and who excelled at working miracles with hair and cosmetics.

Between the elegant vision of Mistress Clerke, who not only fitted my new satin gown – the colour of rich cream – so that it made the most of my figure, but also helped to select my jewels: a parure of deep blood red rubies – and Simonette, whose artistry with powders, creams, and colour for the face was simply unmatched– I once again glowed with youth and health. When all of the ministrations were complete, and we each studied the overall effect, Simonette and Mistress Clerke nodded with satisfaction – happy with their accomplishments. I, for that matter, found that my confidence had been restored. I could not wait for Henry to see me; and I fully intended to demonstrate just how much I had missed our intimacy.

Just before joining Henry to greet our guests, I snatched a few minutes to peer into the room to ensure all was in readiness. The spacious Presence Chamber was bedecked with Christmas finery: the warm glow of candlelight reflecting on highly polished, rich wood panelling; the mantels over the hearths laden with greenery and red berries; the fireplaces crackling merrily; the tables set with pure white napery …

I looked about in approval. The buffets were stacked with sparkling gilt plate and serving pieces, ready to serve up their delicious contents once the guests were seated. Crystal decanters of claret added striking touches of colour, placed as they were on the white cloths of the sideboards.  I noticed that, in accordance with my wishes, the censers placed in the corners of the room burned, releasing just the slightest winter fragrance of rosemary and myrrh to perfume the air.

Content, I smoothed my silken gown, arranged my ruby necklet, and went to meet Henry.

It proved a most marvellous evening. The food was exquisite, the company engaging and, above all, that music …! Master Tye surely excelled. His choral singers had heavenly voices, and his compositions were uplifting and magical.

More pleasurable than anything else, though, was the way Henry looked at me when he greeted me. As we walked together through the halls of the privy chambers to the Presence Room, he kept his eyes on me. They glistened with appreciation. I knew him well, and I knew his expressions better than my own. My heart swelled with love in return – and relief. He took my hand as we walked, and we entered the room to meet our guests, hand in hand. We paused just past the threshold, and as we smiled at the assembled group, Henry raised my fingers to his lips and kissed them, signalling to all that I was his Queen, and his love. 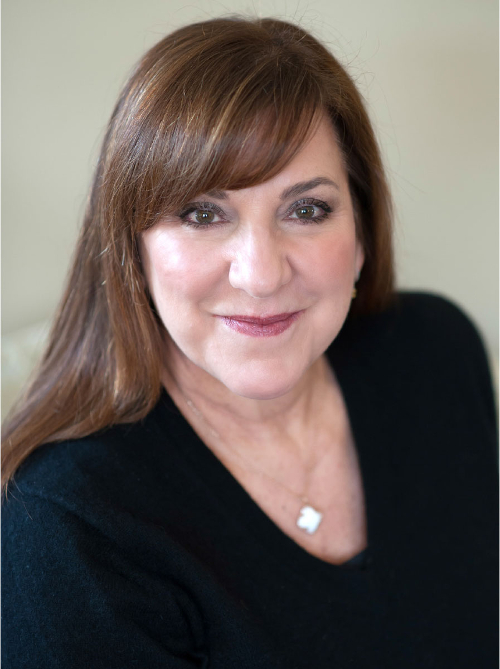