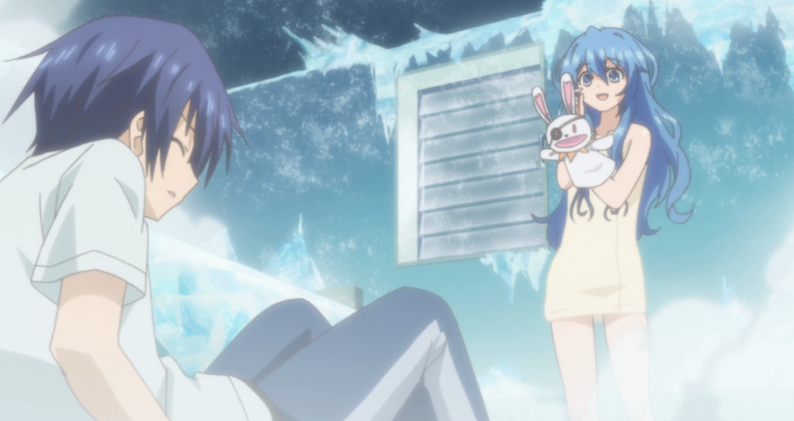 Madman are undoubtedly the local experts on the sometimes bizarre and fascinating world of Japanese anime, so when Madman starts an anime streaming service, you can expect them to curate a selection of the most beguiling and indeed the maddest as well as the latest anime straight from the studios and factories of Suginami.

Anime Lab, streaming to Australia and New Zealand, features a selection of the latest poular shows like Attack On Titan, Date A Live 2, Fate/Zero and other simulcast at the same time they are broadcast in Japan, as well as a back catalogue of recent programs Sword Art Online, Full Metal Alchemist Brotherhood, Gurren Lagann, and Samurai Girls. There are magical girls, giant robots, girls with swords, zombies, kooky high school stories, post-apocalyptic zombie fighting girls with swords and giant robots, you get the picture. There’s even a girl with a button-eye-patched bunny puppet. Intriguing.

Some shows are dubbed into English, some are in the original Japanese with English subtitles, all streaming in crisp, high definition. Japanese anime combines cuteness, fantasy, pop culture and artistry in a form that is unique. It has its pinnacle in the masterpieces of filmmakers like Hayao Miyazaki and Satoshi Kon, but also a lot of quickly churned out serials. You won’t find classics or old favourites. There is no Sailor Moon, Dragonball Z, Death Note or Samurai Champloo, however they are readily available in other places. There’s no section for full length movies, which is something I think would be brilliant, and is something lacking on other anime streaming services, such as the US based Crunchyroll. On the site shows are arranged by genre, there’s also selections to browse by most recent, and most popular, you can tag shows to easily follow and keep track of the shows you like, you can save shows to your queue and you can search by title.

Madman‘s Anime Lab is currently in beta testing, and for the moment is available, free. There’s also no ads. And also, it is currently free. The site is optimized for iPads and similar devices, so you don’t need a separate app, just add a bookmark to your homescreen. You can Airplay from your iPad to your Apple TV, or similar device. If you don’t understand anything in the last paragraph, you should probably stick to Disney.

So if you’ve already been bitten by the anime bug, or are just anime-curious, click here to head over and sign up and start exploring the mad, hectic, weird, epic and outlandish world of Japanese Anime.