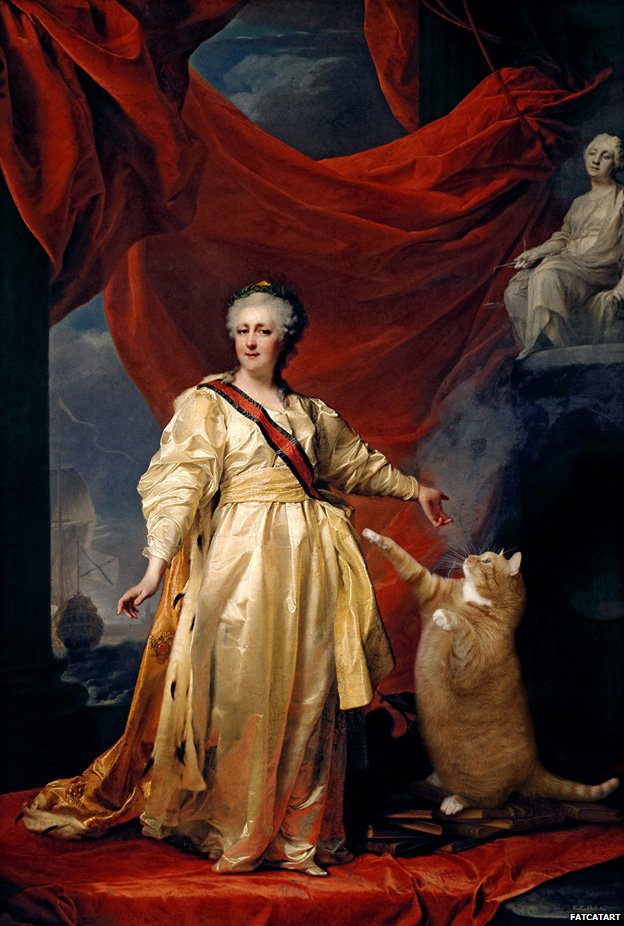 Portrait of Catherine II the Legislator in the Temple Devoted to the Cat, based on Dmitry Levitsky

Every nerd loves a great cat meme, and artist Svetlana Petrova’s work on classic paintings featuring her big ginger cat Zarathustra takes it to a whole new level. Want to know the secret of Mona Lisa’s smile? In an interview with the BBC Svetlana discussed why she first created the artwork.

“I lost my mother in 2008 and she left me Zarathustra. I got horrible depression after her death and for two years I was unable to do something creative. By chance a friend asked me ‘why don’t you make an art project with your cat because he’s so funny’. I’ve had cats before and included them in my work, like playing in theatre shows and I’ve made costumes for them. But I thought, ‘What can I do with Zarathustra, because my mother spoilt him and he’s so fat’.

“Zarathustra likes posing and is a really intelligent cat. He likes to lie on his back and make strange faces like he’s speaking with somebody, so I began to take photos of him and inserted them into paintings.” 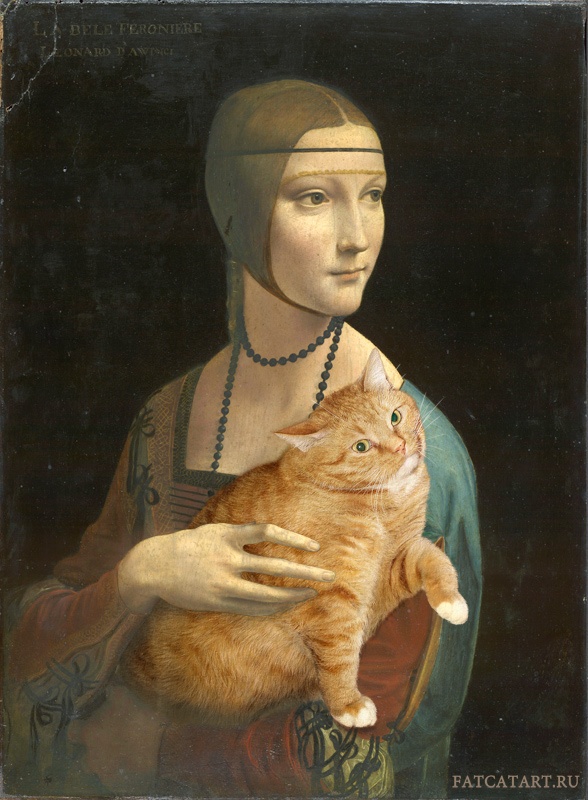 Leonardo da Vinci. Lady with a Cat pretending to be an Ermine (Portrait of Cecilia Gallerani)

Zarathustra of course behaves like any other cat. Svetlana said: “Now we have special photo sessions with a professional photographer and a team who entertain Zarathustra. But sometimes he’s not in the mood and I have to wait months until he agrees to make the right face.” 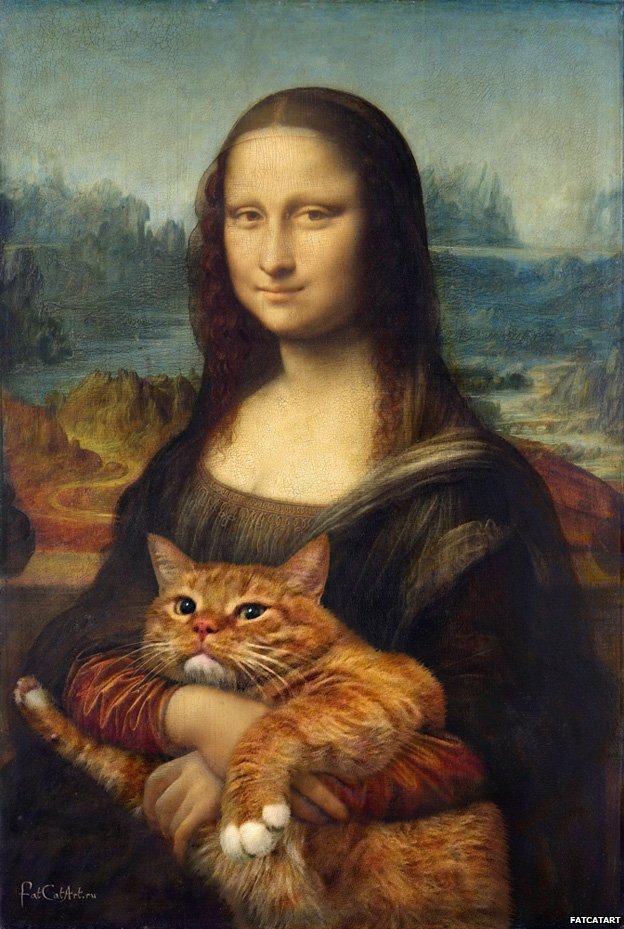 Svetlana also discussed how digital technology is creating new art forms “People usually think art is something they cannot touch, but there is a lot of art in the viral internet world – like internet memes. There is a new trend and generation of artists and critics thinking about it.”

“For me it was a possibility to create something that is beautiful and make people investigate something new and interesting, and try and create some art themselves. Digital technology gives people the opportunity to make art and museums should be more attentive to it.”

You can see more of her gorgeous artwork at fatcatart.ru (prepare to spend a couple of hours there)

Her work will be showcased at Russian Extremes – From Icons to I-Cats at The Barn at Stonehill House, Abingdon, Oxfordshire, from 31 May to 5 June. 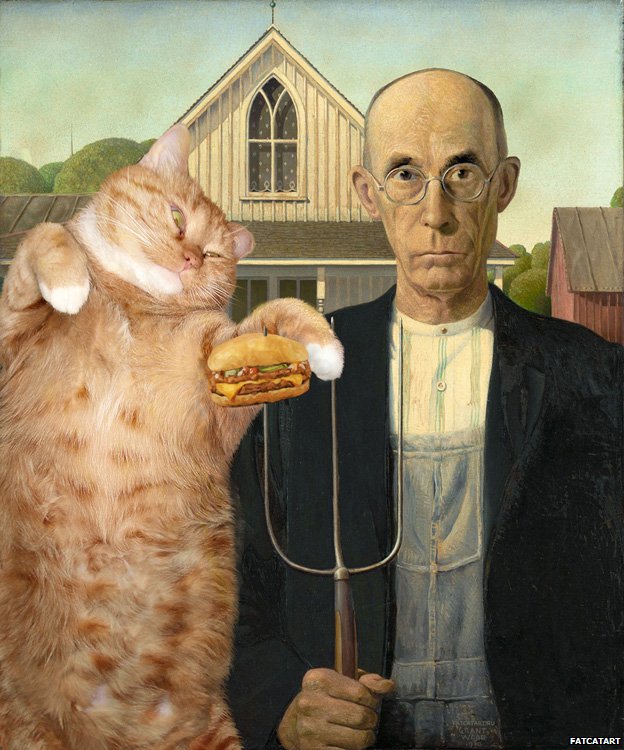 Grant Wood, American Gothic. I can has cheeseburger?