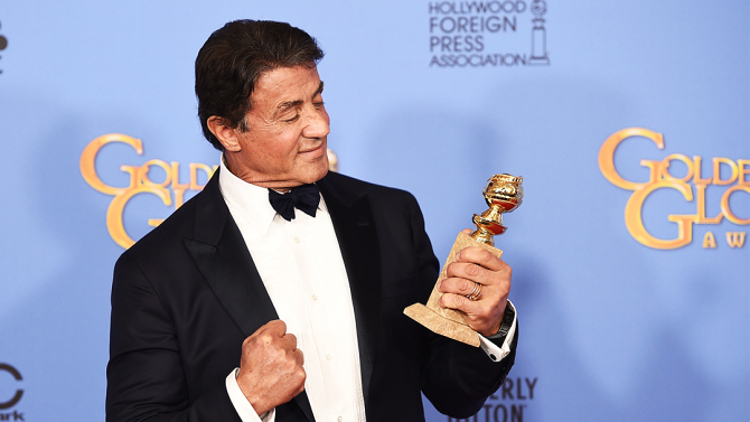 How Rocky Balboa Went the Distance

Olga Hughes
Film & TV
January 12, 2016
Tell anyone you’re a Rocky fan and you’ll be lucky if people only smile behind their hands. You might get a disbelieving look. You’ll be frequently subjected to moronic Adrian! impressions, because apparently brain trauma and Stallone’s real-life facial paralysis and speech impediment should be cause for ridicule. You’ll hear derisive comments about why old guys shouldn’t be in ‘action’ films. Sylvester Stallone was making multiple sequels (or a series, rather) when sequels were not that popular. Nowadays we are looking forward to a Star Wars film every year until the end of the universe, but Stallone was making ‘too many’ films. People were rolling their eyes after Rocky III. If they weren’t outraged enough by Rocky V, where Rocky lost all his fortune and started to mumble again, Stallone had the audacity to appear old and definitely ailing in Rocky Balboa a decade ago.

Sylvester Stallone received a gratifying standing ovation at the Golden Globes on Sunday night when he won a best supporting actor award for Ryan Coogler’s Creed, a film that marks the last role for Rocky Balboa. It was a fitting swan song, a beautifully crafted film with wonderful performances by both Michael B. Jordan and Stallone. But Stallone has played this role before. Forty years ago, he wrote and starred in the first film, Rocky, receiving two Academy Awards nominations for his efforts (Best Original Screenplay and Best Actor). There was Rocky struggling with life and illiteracy in Rocky II, but finally making a triumphant success of his life. Rocky III saw him fall victim to the excesses of wealth and fame. Most fans like to forget Rocky IV (despite those gorgeous training montages), but Rocky V was the first film in the series to seriously address brain injuries in boxing, and saw Rocky losing both his ability to fight and all of his fortune. When we saw Rocky again in Rocky Balboa he has been retired from boxing for two decades and lost his beloved wife, living quietly in Philadelphia and running a restaurant.

There are really no differences in Sylvester Stallone’s performances in Rocky Balboa and Creed. Why would there be? Stallone has played the role for decades. The two major plot points that differ are that Rocky doesn’t enter the ring in Creed, and he’s battling cancer. Creed was made by a hot young director whose debut Fruitvale Station was critically acclaimed. Creed is, then, made by a popular director, and Stallone is playing a role that is acceptable for his age. Men are not usually subject to the same ageist discrimination in the film industry, but Stallone tends to attract ire when he steps outside other people’s comfort zones. It’s not really a question of Stallone’s limits. He has been comfortable in front of and behind the camera since the beginning of his career, having written, directed and starred in many films over the years. More often than not it’s a question of how others see him and what roles are, again, acceptable for an ‘action hero’.

Sylvester Stallone’s Golden Globe win is like a lifetime achievement award for Rocky Balboa. Both on and off-screen Rocky has been an underdog and ridiculed for daring to be himself.

Creed has been picking up award after award for all three stars and director Michael B. Jordan, you see the usual flippant observations that, in Creed, Stallone can finally act. What people really mean is that Stallone is now suitably ‘humbled’ enough for their liking and therefore deserving of acclaim, because in Creed he is playing an old man and not the boxing hero. Well he played an old man ten years ago in Rocky Balboa. Stallone has always been able to act. Besides the aforementioned excellent performances in the Rocky series, Stallone made a film 20 years ago that should have established his career. Instead it impeded it. 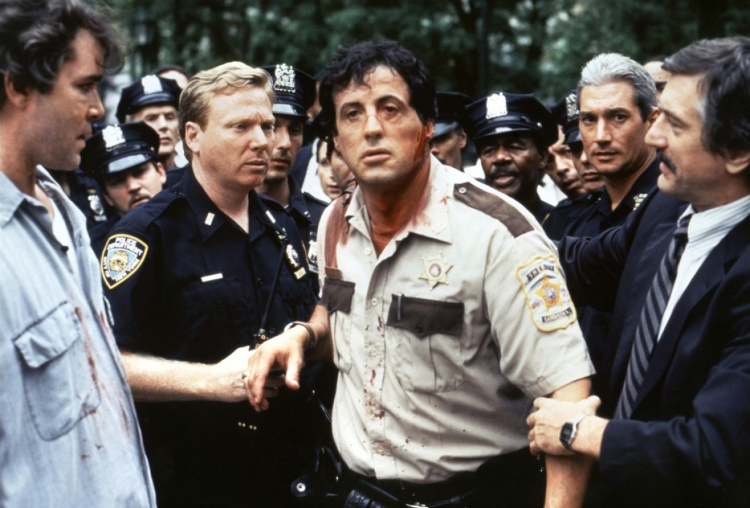 James Mangold’s stunning directorial debut Heavy earned him acclaim at both Sundance and Cannes and fans of the film were eagerly awaiting his next feature. I just about exploded with excitement when Cop Land was announced, a crime drama starring Sylvester Stallone alongside many of my favourite actors, including Harvey Keitel, Ray Liotta and Robert De Niro. Stallone played Freddy Heflin, Sheriff of the fictional town of Garrison, a town run by corrupt police officers where the Sheriff has no power at all. An act of heroism, saving a woman from drowning, has left Freddy deaf in one ear and unable to fulfil his dream of joining the NYPD. His love for the same woman he saved in his youth is unrequited. Stallone packed on 40 pounds (18 kilos) for the role and delivered a stunning performance, brimming with hopelessness and despair.

It should have become a classic. But despite receiving critical acclaim, Cop Land has been largely ignored. James Mangold, who admitted he initially did not want to cast Stallone as Freddy, noted that the film did not do as well as the studio wanted to, and that people had it in for Stallone. “When Cop Land came out, a lot of daggers were out for Sly,” Mangold recalled in an interview. Stallone won a single award for Cop Land (Stockholm Film Institute) and despite Cop Land being screened at Venice and being entered at Cannes (only to have to cancel for re-shoots), the film was ignored on the awards circuit.

The film industry, apparently confused about Stallone’s choice to do a character-driven role, wondered what to do with him next. Stallone said that he struggled to find roles for eight years after Cop Land. He wrote his own roles, in the end. Stallone brought back both Rocky and John Rambo, and launched  The Expendables film series.

Cop Land‘s lack of success is one of the biggest travesties of justice in the last few decades of film. But it is clear that, despite the studio obviously wanting it to be successful, the rest of the film industry was not really prepared to let an action hero receive accolades alongside actors like De Niro and Keitel. We’ve previously discussed how critics bury Johnny Depp’s films before they even reach the cinema, because they don’t like the new direction he is taking, making family films alongside his usual fare. And while Stallone has already shown us an ageing and ailing Rocky in Rocky Balboa, he dared to step into the ring one more time. It was only when he stepped outside the ring that anyone was prepared to take him seriously.

Stallone did tell Deadline that he would have been fine with Rocky dying in Creed (thankfully Coogler didn’t take us down that path). He’s got the little golden statue for credibility. The Oscar nominations are just a couple of days away.  Now the critics might lay off and Stallone can pursue some more character-driven roles. But whatever Stallone wants to do now,  it’s really about time that Rocky Balboa was given his dues. 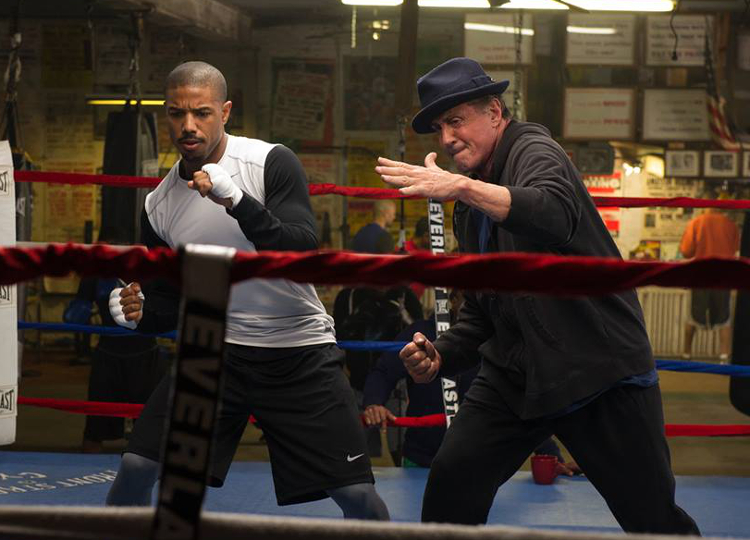