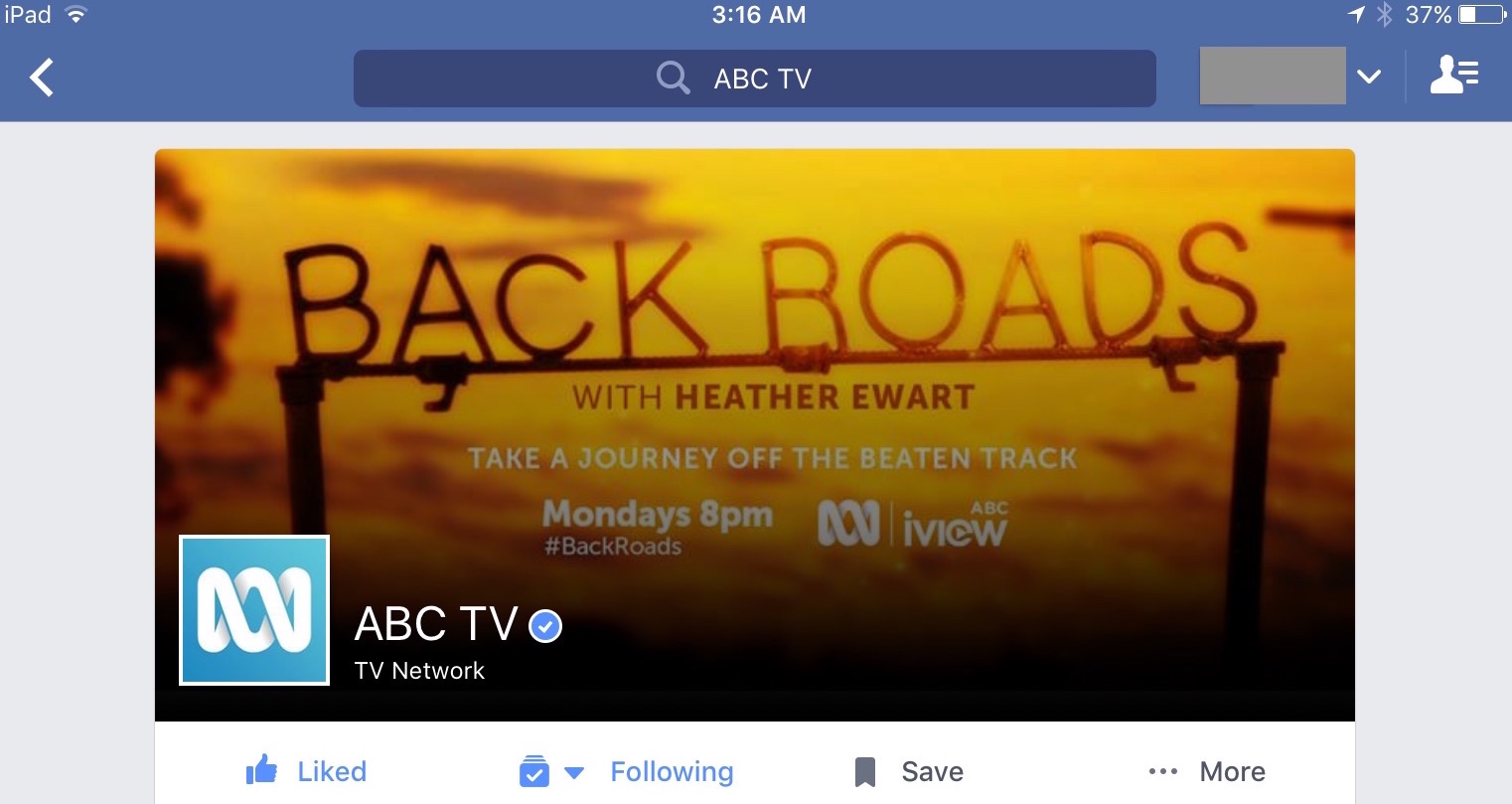 In the early hours of Tuesday morning hackers associated with Chinese registered websites rbmau.com and fb.cntuv.com hacked ABC TV’s Facebook account, inserting an ad for their website selling counterfeit Ray-Bans. It may seem rather innocuous, even humorous, scrolling through your Facebook timeline early one morning and in the space under the account of Australia’s stolid public broadcaster finding a sponsored advertisement for a company flogging dodgy sunglasses on the internet. It’s as if your slightly eccentric great aunt suddenly opened her cardigan to offer a collection of knockoff watches. Out of character, ridiculous, and a little disturbing.

It may not always be obvious, but Facebook’s huge market value is based on the advertising they can bring to an ever growing membership of over 1.5 billion people. For many people Facebook has become much more than a place for keeping up with news and entertainment, for maintaining contact with family and friends, for gathering new acquaintances with shared views or interests, where we express our opinions on politics and popular culture, it has become a personal biography in a public space, where we sometimes present our most personal moments, birthdays to breakups, anniversaries and adventures, successes, tragedies, disputes, defeats, triumphs and deaths, on display for all the world.

To have that space invaded by persons unknown can be peculiarly threatening, a violation. Generally, such hacks occur when the user clicks on a link in an email, which takes them to a seemingly genuine Facebook log-in page, where their username and password are harvested. These hacks of personal accounts are generally quickly detected; the accounts frozen, the user verified and restored.

Hacks of the accounts of companies and corporations are quite a different circumstance. Generally they occur after a data breach, when hackers have got inside Facebook’s databases and have been able to manipulate information.

With around 195,000 users, ABC TV’s Facebook audience is relatively small. However a sponsored Facebook advertisement on their account, accessed by the dodgy Ray-Ban website, reaches out not only to followers of the ABC account, but to their wider network of friends and acquaintances, providing a reach into the timelines of many many millions of Facebook users.

While it may seem frivolous, it has been shown that companies dealing in the mass production and retailing of counterfeit goods, are often connected to a slew of other organized crimes; hacking, false document production, credit card and identify theft, corporate espionage, money laundering, gambling, weapons smuggling and the drug trade. (Check the reports from the UN Office on Drugs and Crime for more detail on the illegal transnational activities of these criminal organizations).

While rbmau.com seems like a regular webstore with discounted sunglasses, the related site, fb.cntuv.com, which usually redirects there, may also attempt to download malware or spyware to your computer. An attempt was made on at least one occasion while investigating the sources of the hacked Facebook ad. Given the illegal and unscrupulous nature of the companies involved, it is not surprising. Best to avoid both domains.

The other issue is with Facebook itself. Paid advertisements, or sponsored links, as Facebook calls them, from dodgy websites flogging counterfeit goods often appear in the sidebar of your Facebook timeline, where they are usually ignored by most people. When they appear in your timeline, shared from trusted companies or friends, that can lend them a certain credibility. That’s exactly how Facebook advertising works, a person or company whose opinion you trust is sharing or liking a link, you automatically find it more trustworthy than a random ad in the sidebar.

Most internet companies ban advertisements (eBay and Google, for instance) from purveyors of fake and illegal goods. Facebook’s policing of such activities seems lax at best, if not downright complicit. They get paid a large amount of money by these dodgy operators after all. Preventing such companies from advertising on Facebook in the first place would mean they are not there to take advantage of glitches or hacks in accounts, such as the ABC TVs.

Hacks of personal accounts can be inconvenient or even traumatizing, but they seldom have any permanent consequences. Hacks of corporate accounts again are usually discovered and dealt with in a timely manner, with only slight embarrassment for the companies involved. However, to make Facebook a safer place for everyone, it’s time for Facebook to make a greater effort in preventing such counterfeiters, who show no qualms about hacking accounts, and may well be connected to more destructive organized crime, from advertising their dubious products in the first place.