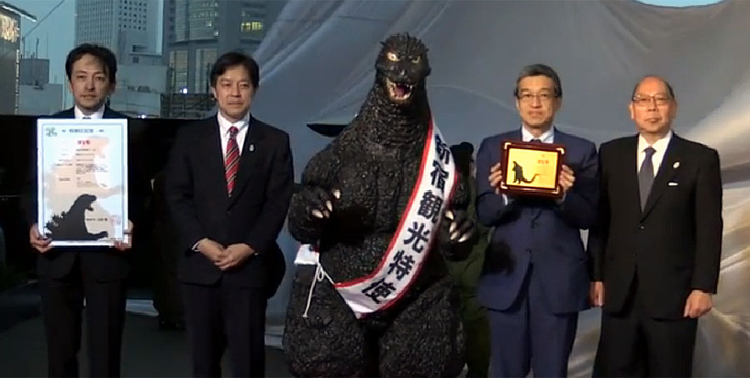 Godzilla is Now an Official Citizen of Japan

Godzilla has been granted official residency in Japan following his appointment as a special tourism ambassador last month. 3000 special residency certificates were handed out to fans. 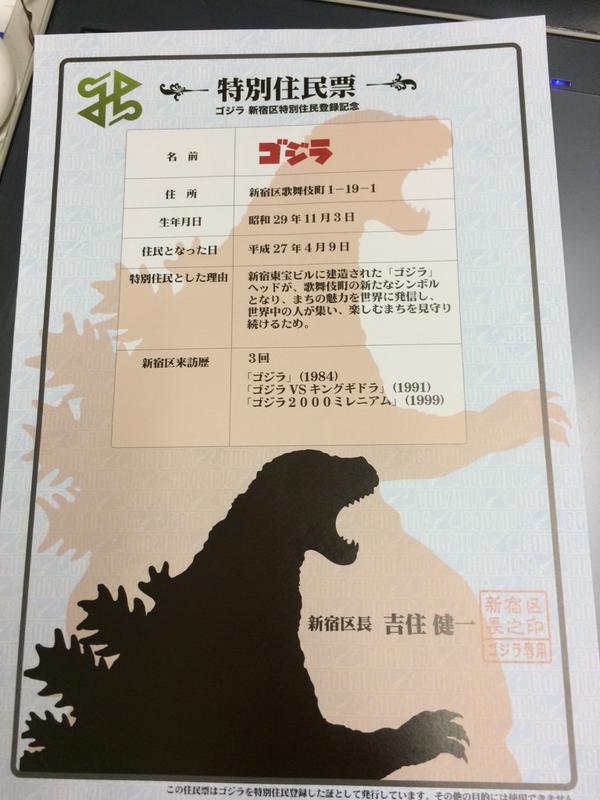 Date of birth: April 9, 1954 (the year of the release of the very first Godzilla film)

Reason for special residency: Promoting the entertainment of and watching over the Kabuki-cho neighborhood and drawing visitors from around the globe in the form of the Godzilla head built atop the Shinjuku TOHO Building.