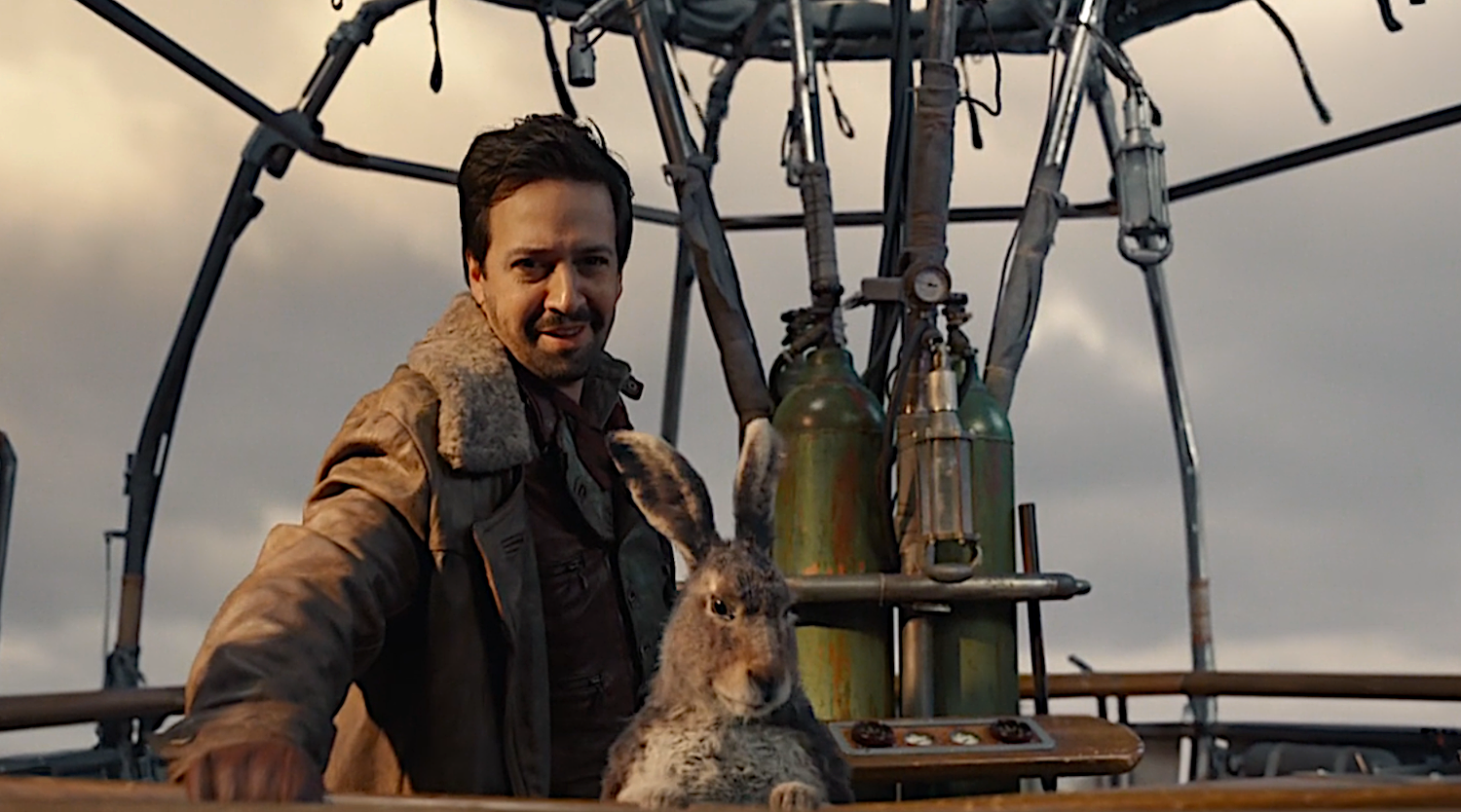 The first few minutes of Theft is crammed with disparate story threads. The episode opens with Serafina addressing the witches of Lake Enara, vowing revenge on the Magisterium, but warning that the witches must not forget the prophecy or lose sight of Lyra. Mrs. Coulter appears for a moment, Lyra clearly on her mind. We then cross to Lyra and Pan, Pan earnestly lecturing Lyra for sneaking off to Will’s Oxford while he is asleep, to see Mary. Roger is ever in Lyra’s thoughts as she insists that she needs to find out about Dust, for Roger. After the credits we see a hooded figure grasping a ring, summoning Lee Scoresby to him, blowing Lee off his course. Then we see Will dreaming of his mother and father, and the Tower again. He awakes to consult his father’s letters again and with renewed energy he calls to Lyra, saying they need to consult the alethiometer again.

Back in Oxford, Mary discovers Inspector Walters, the Pale-Faced Man, in her office, asking about Lyra. Mary tries to head Lyra off when she enters the building, but Walters catches Lyra and interrogates her. This was always an important scene in the book, as it demonstrates that Lyra has lost some of her invincibility, making a fatal error when the detective is questioning her. Having the camera’s point of view, rather than the retreating Lyra’s, shows us the extent of physical interference Mary went to to protect Lyra. Lyra manages to outrun Walters, only to be unknowingly captured by Boreal. Interestingly Boreal drops a hint when he explains to Lyra what a seatbelt is after she looks confused when he asks her to put it on. Clearly we know that Boreal knows Lyra is from a different world. In her panic, though, Lyra doesn’t notice, and also forgets her bag, allowing Boreal a moment to steal the alethiometer from her.

Amir Wilson and Bella Ramsey’s brief scene was a nice addition, it gave us a small glimpse into the lives of the Spectre orphans, and little more empathy than Lyra and Will’s perspective could have afforded us. It was a sad seeing Angelica try to reach out to Will, only to be rebuffed, and then return to her hard-hearted facade again.
Lee Scoresby’s early scenes stay fairly close to the text (with the omission of a few characters), but his emphatic disavowal of the Magisterium was a surprise, up until he was caught. Lee’s most important scene this week may prove controversial with book fans.

Sarah Quintrell and Jack Thorne added a newly-created scene this week in which Mrs. Coulter meets with Lee Scoresby, another one of Lyra’s father-figures, so important to Lyra in the absence of a biological one, especially as hers is alive and a traitorous bastard. In this scene Lee Scoresby, captured by the Magisterium, meets Mrs. Coulter. Lee’s paternal love for Lyra comes on as suddenly in the books as it does in the series, he goes from a kindly old gentleman to a fierce protector, and he doesn’t hesitate to wear his heart on his sleeve when it comes to Lyra. But there is something about Lin-Manuel Miranda’s Lee Scoresby that feels more emotional than his book counterpart. Seeing Lee broken and in pain this week was unusual, and discomfiting. But the rather shocking revelation that followed suddenly puts Mrs. Coulter is a whole new light. 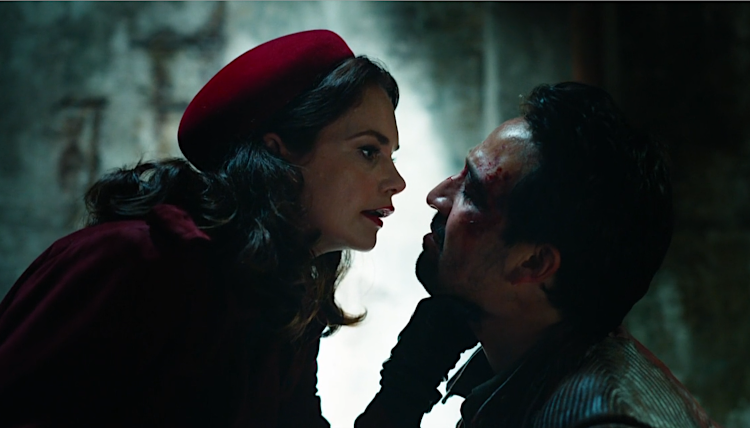 Lee suddenly begins to describe his abusive father and the violence he endured and realises something about Marisa Coulter. “You had parents just like mine…of course you did” Lee crows at her as she looks away from him nervously. When Coulter tries to threaten him with even more torture he laughs at her, his eyes filling with tears when he utters that Lyra has given him hope. This was a really remarkable scene in many ways. First, it showed the depth of love Lee has for Lyra and the unfairness of both Lee and Lyra’s situations, he without a child to love and Lyra without real parents to love her. His quick “So?” when Mrs. Coulter revealed she was Lyra’s mother did a lot to dispel the ‘sanctity of Motherhood’ overtones in Season One. Second, it gave us a lot more insight into Mrs. Coulter’s behaviour – the self-harm and self-loathing, and her love of inflicting pain, her quest for might, things that we thought were a product of her shame at her ‘sinfulness’ actually have roots that go back to her childhood. Third was the Golden Monkey’s reaction to Mrs. Coulter’s pain, something we have seen before, that despite her treatment of him, he still feels her pain very deeply, and perhaps it is why he forgives her for it over and over. Mrs. Coulter, for her part, puts her need for domination aside and recognises Lee as an ally of Lyra’s at least. Lee is not fooled when she releases him, however, he tells Hester they must find Lyra before her mother does. 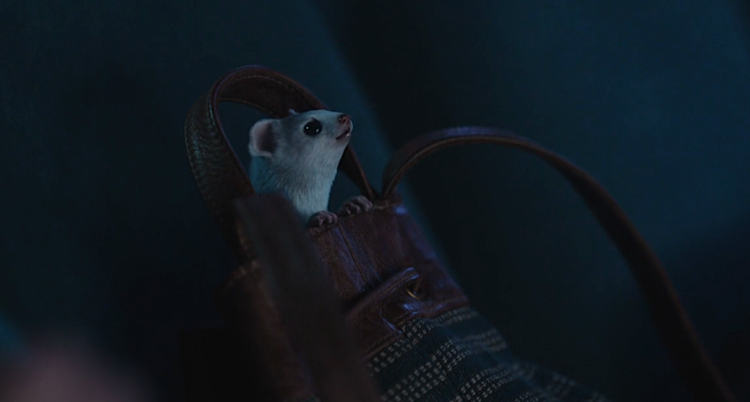 The cinema scene featured a reference to Heyday Films, for whom Jack Thorne penned the latest adaptation of The Secret Garden, starring Amir Wilson as the book’s beloved character Dickon. It delightfully mirrors Lyra’s first experience at the cinema with Paddington’s first experience watching an old film of ‘Darkest Peru’. Will is still furious with Lyra, but his sniping suddenly gives way to Lyra’s heartfelt speech about losing Roger and missing him, “He was killed by my father. And I think about him every single day and I miss him. I want to talk to him. I want to tell him I’m sorry because it’s my fault he died.” For his part Will simply doesn’t understand Dust, and why it is important to Lyra, there is still a cultural divide between the children from two different worlds. But perhaps he is starting to understand Lyra’s motives a little better.

Book to Screen: This week’s analysis will contain full book spoilers. If you are reading along, read pages 116-165 of The Subtle Knife and tune back in next week. Pages 128-143 contain a possible spoiler scene that was left out of this week’s episode. 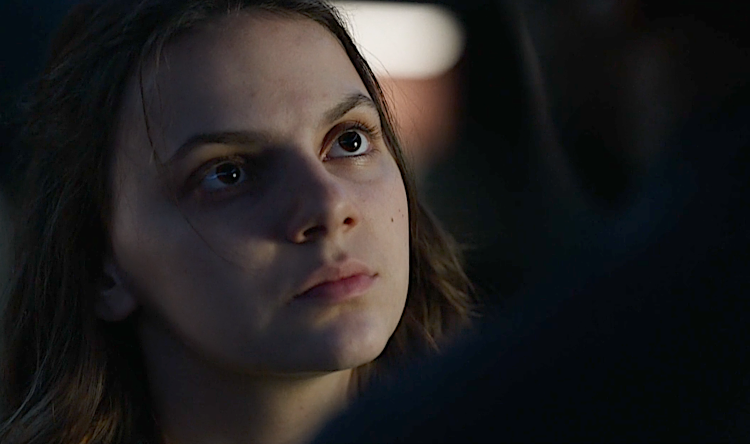 Spoilers for The Subtle Knife

Much of chapters six and seven was covered in this episode, bar the witches happening upon Joachim Lorenz’s caravan. It may be that Angelica and Will’s meeting replaced the witches’ scene. Seeing the children of a Cittàgazze from Lyra and Will’s perspective, as antagonists, as magpies, doesn’t leave much room to think about what happens to children left to fend for themselves in a world without adults.

It could have been played out more. Joachim Lorenz’s account to Serafina and her clan was harrowing:
“Now imagine what it is to live in a world with Specters in it. How can we prosper, when we can’t rely on anything continuing as it is? At any moment a father might be taken, or a mother, and the family fall apart; a merchant might be taken, and his enterprise fail, and all his clerks and factors lose their employment; and how can lovers trust their vows? All the trust and all the virtue fell out of our world when the Specters came.”

Ruta Skadi leaves at this point to follow the Angels. When it will happen in the series is unclear, but we do know that the Angels will appear is this shortened season.

Boreal’s hint to Lyra in the car was followed up later when he reminds her of his connection to her mother. This connection wasn’t made by Lyra until she and Will actually break into his house and she sees them together. I am sure that scene will need to remain, but perhaps Mrs. Coulter will not appear in it. I am still wondering if they are going to finish Boreal’s character off this season or if they will give him a slightly longer storyline. But it is hard to see what he will have left to do after Will manages to obtain the Subtle Knife.

In so many ways they are sticking very closely to the text, and in other ways making complete departures from it. Thus far I think the magic has been maintained because Jack Thorne is such a big fan of the show, and the fundamental spirit of the books remains. We know that budget constraints hampered the first season (and they still did a very good job). We can see even more now of what the crew are capable of producing. In terms of story the new additions have been interesting so far and served to give us a perspective from other characters’ points if view. The secrets Lyra will discover won’t be revealed for another two seasons. No one really understands Dust yet. Would the Magisterium have made an effective antagonist if they remained shadowy old bully boys in the background of an eleven year-old’s mind, or does seeing their military might and war crimes show us what the children are really up against? Does the witches putting off revenge for their slain kin give more weight to the prophecy now?

Next Week ‘Tower of the Angels’