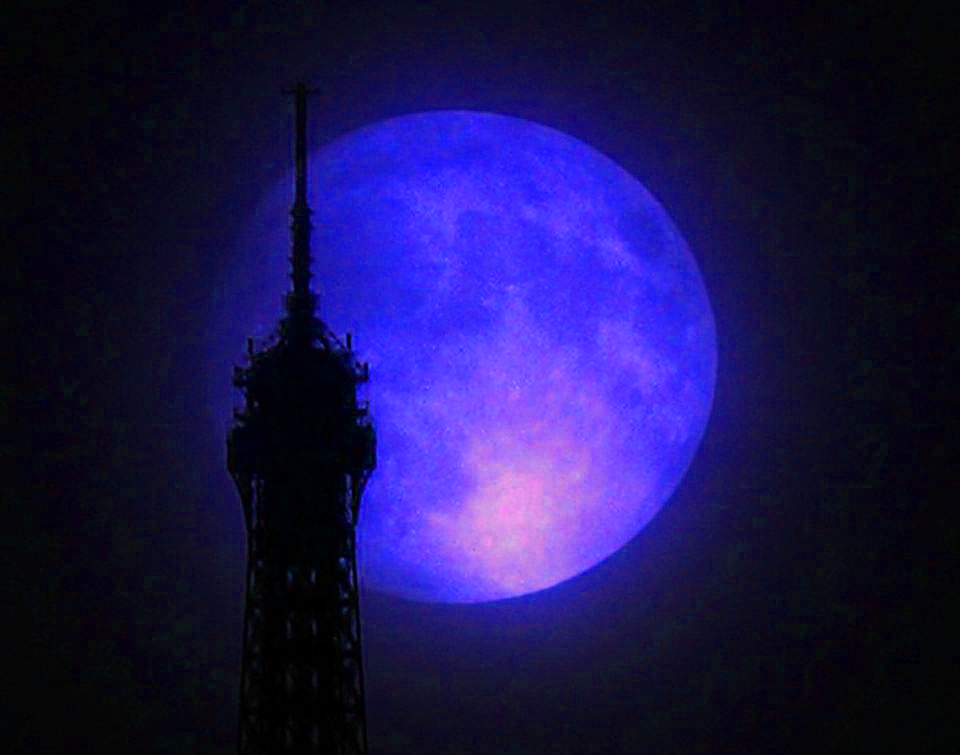 Once in a blue moon, the metaphor, has come to mean an event that is both rare and wondrous, and yet, perhaps, not wholly unexpected. A blue moon is no longer a wonder or a prodigy. Is it a sign? Well, that is open to the interpretation of the reader. A black moon is something in some ways more ordinary, more predictable, and yet as wondrous, and rarer still.

Originally it referred purely to the blue appearance of the moon, it was a wonder, for the conditions that caused it, the exact density of Volcanic ash or water particles in the atmosphere to refract reflected light from a full moon to give it a mysterious, cold and luminous glow, was wholly unpredictable.

In former times life was ruled by the seasons, seasons measured by moons, three full moons to each season, the first moon of each season bore a name, such as the Cold Moon, the Corn Moon, the Harvest Moon, or the Egg Moon, terms that varied in different locations, by regional and cultural conventions. The Maine Farmers’ Almanac defined the seasons according to a complex calendar based on the tropical year, ecclesiastical dates, and the mean position of the sun. When four full moons occurred in one of their complex seasons, the third full moon of that season was called the Blue Moon. This type of Blue Moon, appearing a month before the equinoxes and solstices, occurs only in February, May, August, and November.

In 1946, due to an error or misinterpretation of the convoluted almanac calendar by amateur astronomer James Hugh Pruett, writing in Sky & Telescope magazine, the meaning changed to our current understanding; the occurrence of two full moons in one calendar month. An in-depth exploration of the convoluted story, by Donald W. Olson, Richard Tresch Fienberg, and Roger Sinnott can be found in Sky & Telescope Magazine from July, 2006.

So a Blue Moon is actually a Black Moon, a term perhaps more sinister, more ominous, but no less difficult. A Black Moon is the second appearance of a full moon in a calendar month. It is also the absence of a full moon in a calendar month. How can the absence of a moon be a moon. Well, this is a moon of the imagination, a moon of the spirit, a moon of the soul, a magic moon. Given the full moon’s 29 and half day period, the former can never occur in February, the latter can only occur in February.

And the same name is bestowed on both the absence and presence of two new moons in a month. The new moon is often thought of as the first appearance of the moon’s crescent. However in astronomical terms a new moon is the unseen moon, the dark moon, hidden against the backdrop of sun and sky. The moon not eclipsed, but in conjunction. So close, in our earthly perspective, to the sun, made invisible by a surfeit of light. Here our cosmic journey has become mysterious, and mystery can of course only be unravell’d by poets. Blue Moon, Black Moon, Full Moon, Dark Moon. Day Moon, Blue Moon. The day moon is dark, the dark moon is in the heart of the new, the young crescent waxes, the dark crescent wanes.

On January 30, we shall also have a Supermoon. The moon will be at it’s closest to the Earth in its elliptical orbit. At perigee. And full, in opposition, and in syzygy. Aligned with Sun, Earth, Moon. The moon will be compelling, at its largest and brightest. Tides will be high and for some, magic strong and blood pulsing. Think on moon madness and magic, old goddesses and night’s mysteries, for even as science tries to define, our very language defies, occults and renews wonder. Look up and wonder.