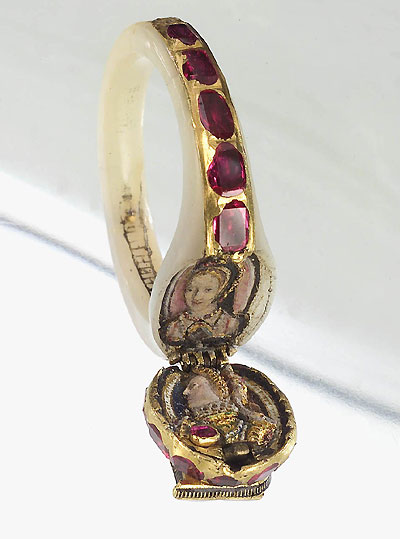 The four surviving children of Henry VII and Elizabeth of York all had a crown in their future, but it is Henry VIII, the spare heir, that became one of the most infamous Kings in English history. His desperate quest for a son resulted in many tragedies, and his longed-for male heir Edward was ultimately eclipsed by his sisters, the notorious Mary I and the legendary Elizabeth I.
We spoke to Leanda de Lisle about her new book Tudor: The Family Story, and the legacy they left behind.

Henry VIII did not treat either of his sisters, Margaret Queen of Scots and “The French Queen” Mary especially well at times. Do you think he still held some resentment at being overshadowed by his siblings as a child?

No, I think Henry and his interests always came first, and inevitably his sisters would sometimes suffer for this.

You said Henry VIII’s ultimate quest was for “virtue, glory and immortality”. How do you think Henry would feel if he could see now the way people perceive his legacy?

He would be appalled!

Henry had planned for a council of equals to rule after his death during Edward’s minority, yet his wishes were ignored and a Lord Protector was appointed. This of course proved to be disastrous, why did secretary of state William Paget ignore Henry’s wishes?

Paget did not believe that a country so used to being ruled by one powerful man could be ruled as effectively with a council of equals.

Why do you think Edward VI was willing to humiliate the sisters he loved by declaring them illegitimate and leaving them out of the succession in his will?

I think he was persuaded it was necessary if his religious settlement was to be secured.

The support for Mary Tudor against her rival Jane Grey was staggering. You noted that even Protestants were supporting her. It seems incredible that after Henry VIII’s desperate struggle for a son his people welcomed his daughter with open arms and saw her as the rightful heir to the throne. How had England changed so much that it was ready to support a woman on the throne heart and soul, let alone a Tudor queen?

The English had long had a great devotion to the Virgin Mary, the Queen of Heaven. England was called, ‘Mary’s Dowry’. I am not sure the English people were ever as bothered about having a Queen regnant as were their rulers. They had also come to see the Tudors as the heirs to Lancaster and York – and that was the legacy of Henry VIII.

Although Jane Grey is often seen as the tragic victim of a political power struggle, do you think that Jane may have had her own ambitions in regards to the crown?

I don’t think she aspired to the crown except possibly as a Queen consort to Edward VI – an ambition her father and tutors had long nursed for her. But having been left the crown by Edward VI, she believed it her sacred duty to uphold her office as Queen regnant, and was prepared to fight for it.

Mary is often seen as a madwoman who burned Protestants for heresy because she was a zealot. You state that it was in fact the actions of a ruthless monarch determined to eliminate the religious minority that had grown during her brother’s reign. When she did not succeed in stamping them out the brutality simply increased, why do you think she was unable to pull back and reassess the situation, considering even her husband’s chaplain and advisor were against the executions?

Good question. I think she was very ill in her last years, and frightened. Protestants were involved in numerous plots against her and, she believed that in time, the burnings would reduce support for them.

Despite her true feelings you said Mary had no wish to leave England at the risk of civil strife and the succession of Elizabeth was much smoother than it had been for Mary. Parliament had granted Mary the full rights of a King before her marriage, she had paved the way for Elizabeth to rule as Queen regnant, and while Elizabeth appreciated this it seems easy to forget that the first Tudor queen was in fact Mary I. Why do you think Mary’s achievements are forgotten?

I was very surprised to learn that there was an image of Anne Boleyn at Elizabeth’s coronation. You described a “triumphal arch” of three levels, with Henry VIII holding a Tudor rose with Anne Boleyn at his side, and said that William Cecil had helped organise the pageants. What statement do you think he, or he and Elizabeth, were trying to make by such a public homage to her mother?

Yes it was rather bold – a kind of posthumous rehabilitation. A hint, perhaps, that Elizabeth was to be regarded as legitimate.

Do you think Elizabeth was truly the most successful of the Tudor monarchs?

Her survival brought England stability, and so yes she was successful. The most successful? I think that was Henry VII.

Your book gives us a great insight into not only the lives of the Tudor dynasty, but those who surrounded them. One story I found particularly interesting was that of Margaret Douglas, daughter of Margaret Queen of Scots and Archibad Douglas. She was a fascinating woman, will you be doing any further research on her?

My next book is on the English civil war. But I do hope others will do so!

Thanks so much for your time Leanda! Is there anything else you would like to add?

Only that I am very grateful to all those who are buying or reading my books, and I hope they will succeed in bringing you pleasure.

Part one of our interview with Leanda can be read here.

With thanks to Random House and Vintage Books.

Leanda de Lisle read history at Somerville College, Oxford University, and began her career in journalism on the Hackney Gazette in what was then Britain’s poorest borough. She currently contributes to BBC History magazine, History Today, the Literary Review, the New Criterion and the Spectator, as well as national newspapers.
Leanda has also written After Elizabeth: The Death of Elizabeth & the Coming of King James published in 2005, and the acclaimed The Sisters Who Would be Queen; The tragedy of Mary, Katherine & Lady Jane Grey published in 2008. Tudor: The Family Story will be published in the United States on October 8th, and is available now in the United Kingdom and Australia.