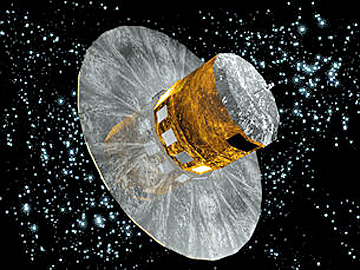 Mapping The Milky Way with the Gaia Satellite Telescope

The European Space Agency’s Gaia Satellite Telescope will be flown to French Guiana in Equatorial South America today to be prepared for launch on a Soyuz rocket in November on its mission to create the most comprehensive map yet of the Milky Way.

Gaia will map approximately a billion stars, building a profile on each, including details of composition, temperature, brightness, exact coordinates and distance from Earth.

For around 150 million stars Gaia will also track their velocity across the sky and relative to Earth.

This 3D motion mapping will allow scientists to essentially rewind and fast forward the picture, tracing the evolution of the Milky Way from its origins into its distant future.

Professor Gerry Gilmore of Cambridge’s Institute Of Astronomy, part of the team that planned and brought the project to the European Space Agency back in the early 90s said, “It will be a time-lapse movie and we’re going to watch it. We will see the remnants, the debris streams, of the first shards that became what is today the Milky Way. We can run the process right back to the first things that ever happened. We will see the entire history of the Milky Way unfolding before our eyes.”

From its ultra-stable silicone carbide frame that carries its two telescopes and other equipment, which won’t distort even under the most extreme thermal changes, to its micro-thrusters that jet just 1.5 micrograms of nitrogen gas a second to make finer than pin point adjustments, to its mosaic of CCDs creating a focal plane of half a square metre, comprising almost a billion pixels, a million million, (comparatively the one in your phone or camera is 1cm2, with twelve million pixels), Gaia is state-of-the-art engineering. The first entirely digital satellite telescope.

Gaia will also track even the most momentary astral events, the brief flashes in the night sky, tens of thousands of asteroids, comets, planets orbiting distant suns, the debris of exploded stars, and even many of billions of light-years distant galaxies.

Gaia’s measurements will achieve an unprecedented accuracy, in the order of seven micro-arcseconds for the nearest stars.

The ESA’s Director of Science, Alvaro Gimenez, has said, “Gaia is an astronomer’s dream. Gaia is the machine that has been designed so that we will get all the answers to all the questions we have about the stars.”

Gaia will collect around one petabyte (one thousand million million bytes) of astronomical data over the next five years. Astronomers and scientists will have the most accurate and comprehensive map of showing both the past, the future, the structure and the composition of our galaxy. It truly will be the first clear step in discovering the undiscovered country.