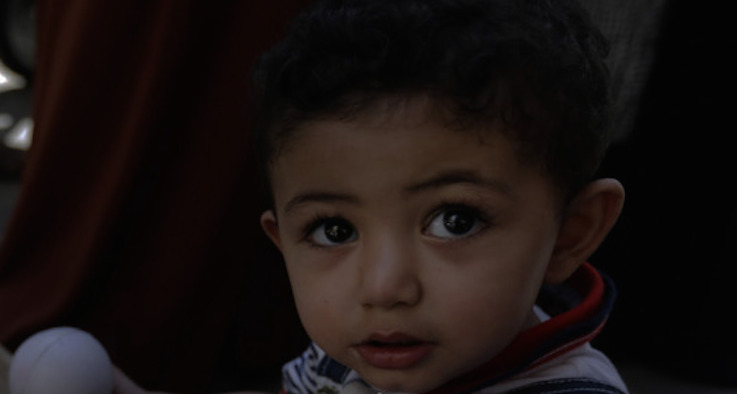 You who constantly disturbed me with your screams under my window,

You who filled every morning with rush and chaos,

You who broke my vase and stole the lonely flower on my balcony,

And scream as you want,

And break all the vases,

Steal all the flowers,

Five-hundred and nine children were killed by Israel in 50 days of indiscriminate attacks on Gaza in July and August, 2014. Many thousands more injured, and many and more traumatized, robbed of childhood by death and devastation, by a brutality that can only be described as criminal. The lack of action by governments around the world to prevent such crimes in the future, a blot on all our consciences.

Khaled Juma is a Palestinian author, writer of children’s books, and poet who lives in Gaza. His poem, about the children who played under his window, brings home to all of us that we need to put aside debates and politics and enmities and justifications, and remember, these are ordinary people and ordinary children, who just want to live, and play, as we do.

The poem was originally published on August 24 2014, illustrated with some charming photographs of children playing, and also photographs showing the devastating consequences to children of the senseless results of hate.

See the illustrated poem here. Some of the pictures are disturbing. This is something about which we should all be disturbed.

Khaled’s books have been published in Arabic, English and Dutch.

To read more about the truth of the situation in Gaza, start here.

If you want to help you can contribute in a safe, non-political way to the Roger Waters Appeal for the Makaseed Hospital. A free hospital which helps some of the 11,000+ people injured in attacks on Gaza.