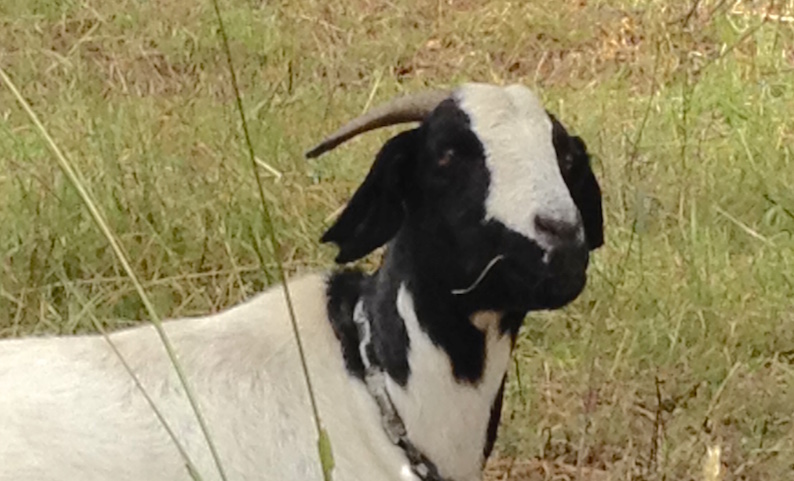 It's a goat's life. Thanks, Google.

While using Google Maps late last year to plan a trip through South Gippsland, in Victoria, Australia, two holiday makers were amused to see this cloven-footed creature relaxing on a grassy verge on the side of the Warragul-Korumburra Road.

Several weeks later, while passing the very same spot, the travellers were dismayed to see the goat, whom they had dubbed Murgatroyd, straining on the edge of a short leash close to a dangerous curve, in the heat of an Australian summer’s day with the thin trees providing only scant shade.

While perhaps not neglected, the goat was nevertheless clearly uncomfortable, restrained on a steel chain, unable to roam, and seemingly employed as a lawnmower for the corner.

Somewhat concerned for the goat’s welfare they reported its situation to the RSPCA, using the Google Maps Street View pictures as incontrovertible evidence. The RSPCA proved very helpful, and contacted Murgatroyd’s owners.

Travelling through the region a few weeks later, our concerned travellers found Murgatroyd looking more content, sheltered in a copse of trees, now with a large water pail near a cosy looking dog house, now placed higher on a slope to shelter it from storms and rain.

Although still on a lead during the day, we are assured the goat stays in the nearby yard overnight, with room to gambol and frolic.

If you are exploring the region and happen to see Murgatroyd, do stop and say hello. Goats are generally very inquisitive, social and friendly animals, I’m sure Murgatroyd will enjoy the visit, especially if you bring a carrot or some honeysuckle.