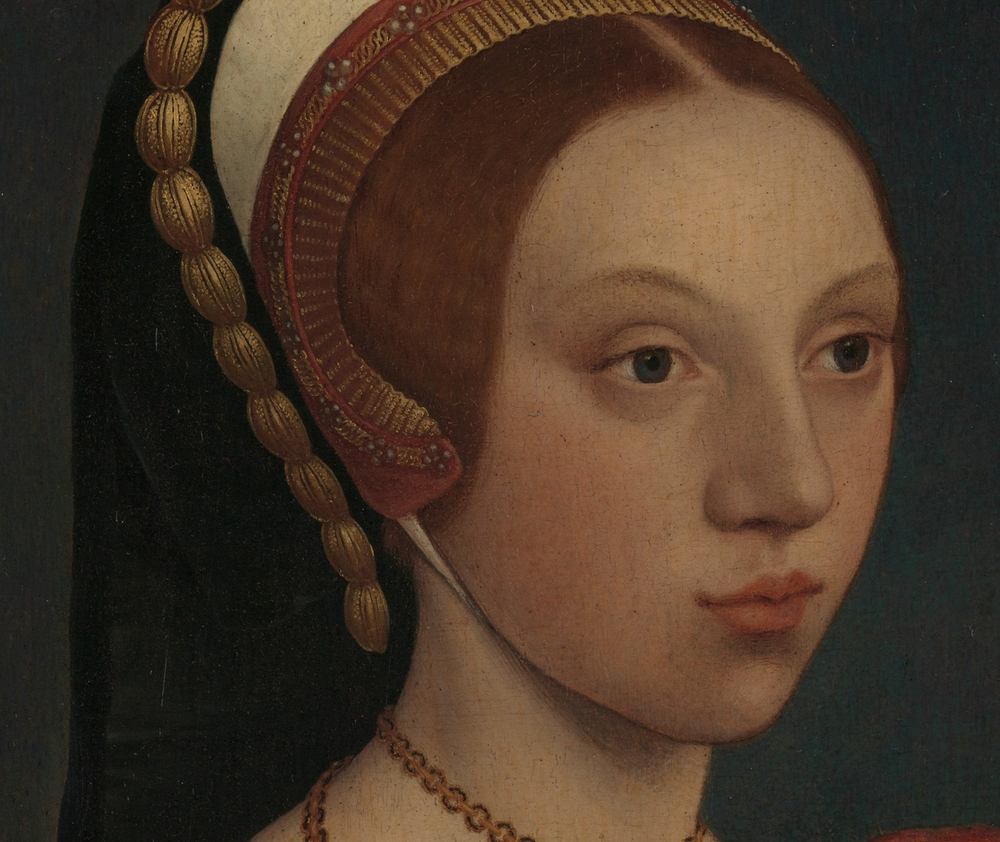 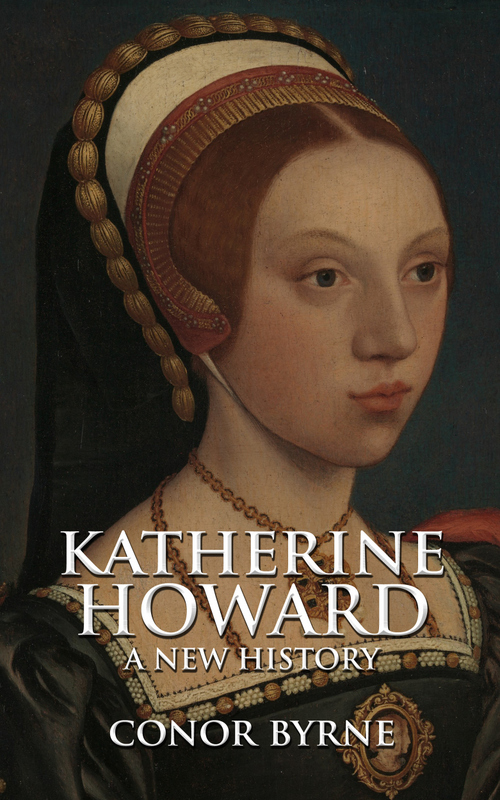 Queen Katherine Howard is a figure shrouded in more myth than mystery. For centuries she has walked a tightrope between romantic heroine and reckless harlot. We can in fact reconcile the two, for both representations of Katherine Howard present a young woman who acted beyond all reason in her singular pursuit of true love. But was Katherine really a desperate ingenue trapped in a loveless marriage? Or was she even really in love with Thomas Culpeper at all?

There may be a bleak truth to Queen Katherine Howard’s story that we have long neglected. Historian Conor Byrne joins us today to discuss his illuminating and thought provoking new biography Katherine Howard: A New History.

What do you think has done the most damage to Katherine Howard’s reputation?

I think Katherine’s sexual past has undoubtedly caused the most damage to her reputation. She became sexually active at a very early age, however willingly or not, and unfortunately the mud has stuck. Even people who know nothing else about her are aware that she ultimately died because of her past and because she was thought to have committed adultery during her marriage.

Why do you think attitudes towards Katherine are still so derisive?

Unfortunately I think it’s because historians continue to write about Katherine in a very negative way, especially in popular histories aimed at the general public. When the general public are reading a factual account of the six wives in which Katherine is described as a whore or loose in morals (which happens very frequently), they often believe it. Popular culture has also played a significant role – think of Tamzin Merchant’s depiction of Katherine in “The Tudors”; it’s bordering on the nymphomaniac. Most people continue to believe Katherine deserved what she got and I believe that’s why attitudes to her remain derisive today.

Can you tell us about your opinion of Katherine’s alleged affair with her music master Henry Mannox?

This affair is shrouded in mystery and we have very little evidence about it. What we do know indicates that it began in 1536. We don’t know how old Manox was. I suggest Katherine was born at the end of 1523, which would have made her twelve or thirteen when she became involved with him. The evidence suggests it was unwilling. Yes, she agreed to his requests to fondle her, but what needs to be borne in mind is that she was a lot younger than him, and he was in a position of control and authority over her: he was her music master. This is often forgotten in analyses of their relationship, which assumes that they were equals.

You’ve examined Francis Dereham’s controlling and manipulative behaviour, can you tell us about his relationship with Katherine?

I agree with Retha Warnicke’s hypothesis that Francis Dereham initially rescued Katherine from Manox in around 1537 or 1538. Again, she was a lot younger than Dereham: we don’t know his age but she was around fourteen or fifteen. Dereham seems to have loved her, but Katherine’s feelings are ambiguous. As Warnicke writes, none of her comments indicate she enjoyed the affair. Dereham seems to have been ambitious and may have been hoping to marry her and accrue greater power and status. His behaviour at court was domineering and aggressive, and very reckless. It placed both of them in a position of grave danger.

How do you think these relationships affected Katherine?

Very negatively. I suggest in my book she may have became averse to sex. This is not an unreasonable conclusion when one considers that, if exposed to sex at a very early age in a negative manner, she may have become ambivalent or even wary of it. Dereham’s relationship affected her more strongly, especially because of his subsequent behaviour at court. His actions there are difficult to reconcile with claims that he loved her.

You think Katherine’s lack of experience at court is misconstrued for a lack of intelligence. Can you tell us more about Katherine’s actual tenure and her role as Queen Consort?

What’s often forgotten in accounts of Katherine is her youth and her inexperience. She’s often compared to Anne Boleyn and Jane Seymour, but what should be remembered is that both Anne and Jane were in their mid-twenties when Henry VIII began courting them, and both had served queens for a considerable amount of time (including her stay in France: Anne Boleyn for a total of thirteen or fourteen years; Jane Seymour at least seven). Katherine, by contrast, was favoured by the king barely a few months into her arrival at court, and she was around sixteen or seventeen. Despite these drawbacks, evidence indicates she took her responsibilities seriously. She acted as patron, provided for her family and friends, corresponded with Cranmer and was a loving and dutiful wife to Henry. Yes, she may have initially experienced difficult relations with her elder stepdaughter Mary, but evidence shows the two eventually developed a cordial relationship, and Katherine seems to have got on well with Elizabeth. She also maintained friendly relations with her predecessor, Anne of Cleves. This suggests a conscientious attempt on her part to get on well with others.

What is your opinion on the true nature of her relationship with Thomas Culpeper?

I agree with the majority of historians that it was not a love match. This is a later romantic construction that has little to no evidence. The two certainly knew one another because they were relatives. In the spring of 1541, the queen began meeting with Culpeper at his request. Her husband had fallen gravely ill (his life was despaired of) and Francis Dereham had arrived back at court. It therefore seems too much of a coincidence that she began meeting with Culpeper then. It has been convincingly argued that he had discovered details of her past and began blackmailing her, as Dereham and others (including maybe Joan Bulmer) also did. In return for his silence, she gave him audiences and gifts. Hardly an innocent love affair.

Much of our perception on Katherine’s relationship with Culpeper is based on her surviving letter to him, can you tell us why you think it’s not a true indication of her feelings for him?

Firstly, we don’t know when the letter was written. Baldwin Smith thinks spring 1541 but the National Archives suggested August 1541, when the court was on progress. Interestingly enough, James Gairdner in the nineteenth century believed it was written before Katherine married the king. Secondly, we don’t know who wrote it. Was Katherine even literate? There are no other examples of her writing with which to compare, and as Elisabeth Wheeler points out, the writing changes in the course of the letter. Thirdly, the letter was never mentioned in the criminal proceedings, which is suspicious in itself. So there are numerous obstacles in the way of even beginning to interpret it. It does not seem to read as a love letter once letter conventions and Tudor phrases are taken into consideration. The closing phrase, ‘yours as long as life endures’, is often seen as proof of romance, but as Warnicke shows, it was customary to close letters with phrases like this, it was not indicative of true feeling. All the letter really suggests is that the queen wanted to meet with Culpeper to discuss something – nothing more.

Why do you think Katherine’s affair with Culpeper has been romanticised by many?

People love a good romance and it’s much nicer to believe that Culpeper was noble and ardently loved Katherine in a pure manner, and that she was a much wronged heroine who had wanted to marry him but was cruelly prevented from doing so by her scheming family. The Spanish Chronicle, a contemporary account, put forward a story to this effect, and many have wanted to believe it’s true. Put simply, it is much nicer and lovelier than the truth, which is much less straightforward and a great deal nastier.

What do you hope people will learn about Katherine from your book?

I hope they come away with a more realistic understanding of her life. She wasn’t the unbridled nymphomaniac of “The Tudors”, neither was she a dim-witted and idle airhead (think “The Boleyn Inheritance”). The Katherine I came across in sources was a hardworking, good-natured, caring young woman who sought to be a good wife, there is plenty of evidence of that. She’s often judged solely in terms of her sexuality which I believe is very unfair and just speaks volumes about gender stereotypes. Rather than focusing on her sexual past, historians should pay more attention to her queenship and her good character. The worst that can be said about her was that she was naive, foolish and easily manipulated, but even these aren’t heinous faults. Finally, we cannot imagine the difficulties her youth, her inexperience and the circumstances she found herself in placed her in. People should refrain from judging her and consider how difficult the situation actually was for her.

Join Conor on his blog tour for Katherine Howard: A New History. There’s a chance to win a book every day so make sure you check out all the stops!

29th Oct – Anne Boleyn: From Queen to History – Guest article on Katherine and her family

We have a copy of Katherine Howard: A New History to give away courtesy of MadeGlobal Publishing! Just leave a comment telling us why you want to read Conor’s book. Entries close midnight 2nd November. 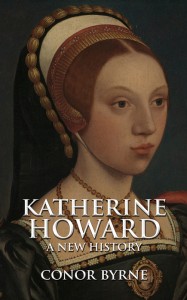 In this new full-length biography of Katherine Howard, Henry VIII’s fifth wife, Conor Byrne reconsiders Katherine’s brief reign and the circumstances of her life, striping away the complex layers of myths and misconceptions to reveal a credible portrait of this tragic queen.
By reinterpreting her life in the context of cultural customs and expectations surrounding sexuality, fertility and family honour, Byrne exposes the limitations of conceptualising Katherine as either ‘whore’ or ‘victim’. His more rounded view of the circumstances in which she found herself and the expectations of her society allows the historical Katherine to emerge.
Katherine has long been condemned by historians for being a promiscuous and frivolous consort who partied away her days and revelled in male attention, but Byrne’s reassessment conveys the mature and thoughtful ways in which Katherine approached her queenship. It was a tragedy that her life was controlled by predators seeking to advance themselves at her expense, whatever the cost. 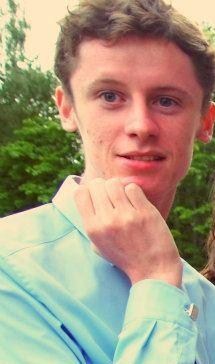 Conor Byrne, author of “Katherine Howard: A New History” is a British undergraduate studying History at the University of Exeter.
Conor has been fascinated by the Tudors, medieval and early modern history from the age of eleven, particularly the lives of European kings and queens. His research into Katherine Howard, fifth consort of Henry VIII of England, began in 2011-12, and his first extended essay on her, related to the subject of her downfall in 1541-2, was written for an Oxford University competition. Since then Conor has embarked on a full-length study of qyeen Katharine’s career, encompassing original research and drawing on extended reading into sixteenth-century gender, sexuality and honour. Some of the conclusions reached are controversial and likely to spark considerable debate, but Conor hopes for a thorough reassessment of Katherine Howard’s life.
Conor runs a historical blog which explores a diverse range of historical topics and issues. He is also interested in modern European, Russian, and African history, and, more broadly,researches the lives of medieval queens, including current research into the defamed ‘she-wolf ’ bride of Edward II, Isabella of France.