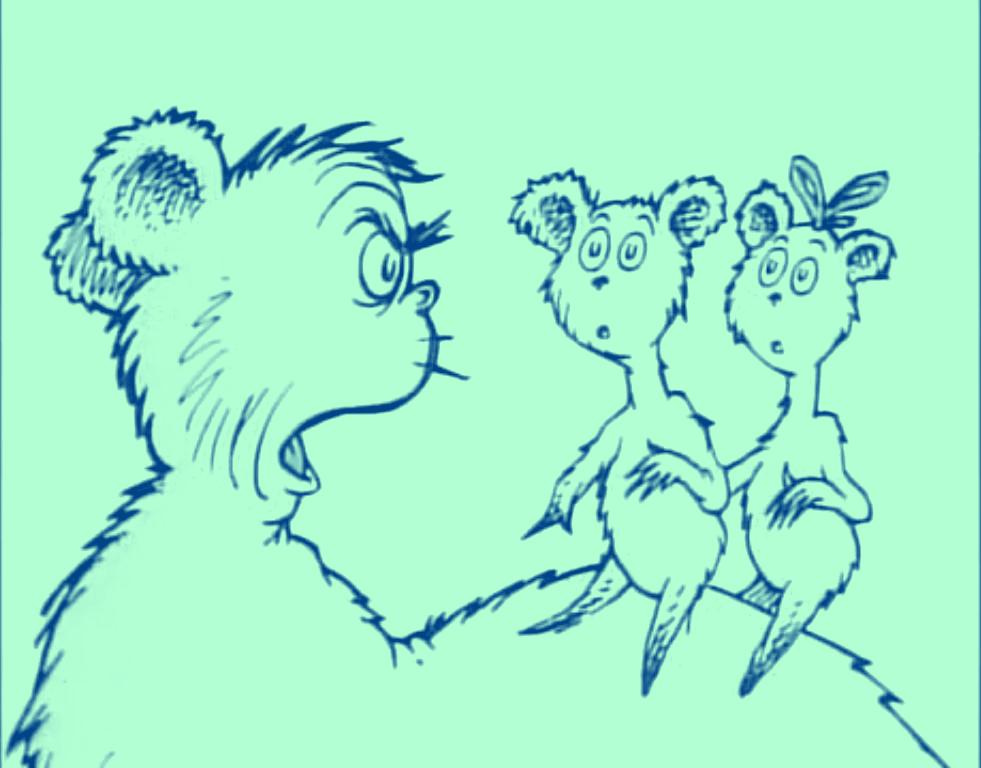 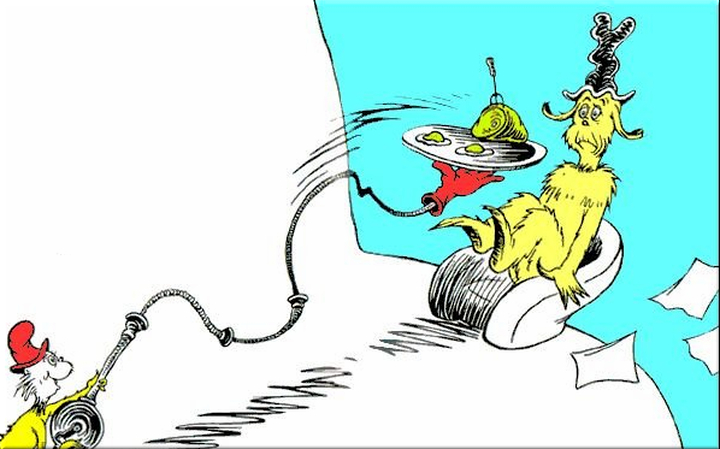 Green Eggs and Ham was banned in Maoist China in 1965 because of its “portrayal of early Marxism” – a ban that was not lifted until the author died in 1991. It was also banned in California because of  Sam-I-Am’s apparent homosexual seduction of the protagonist. Also, the ham is a phallic symbol…obviously if one has that sort of imagination. 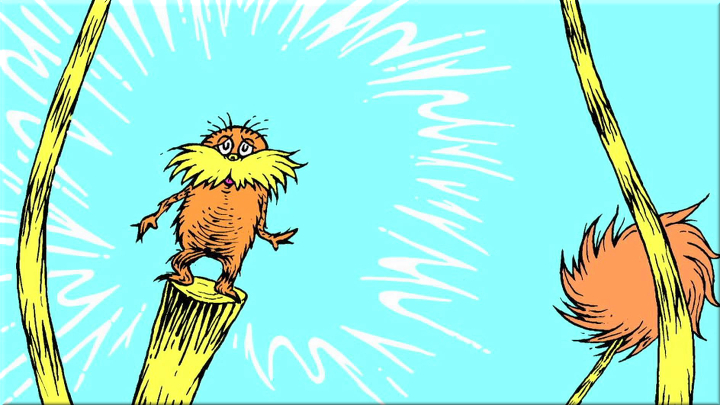 Those pesky Californans also banned The Lorax in 1989 for its’ portrayal of loggers as being environmentally unfriendly. We should be thankful that the adults managed to understand the actual message of the book… 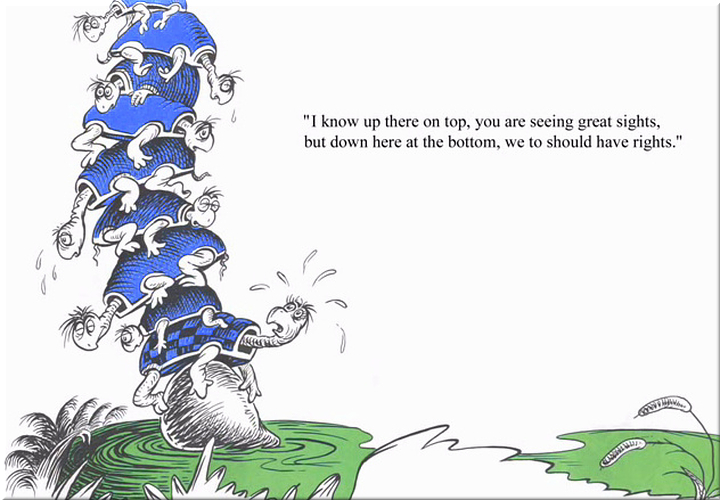 In April 2012 the Prince Rupert School District in British Columbia removed Yertle the Turtle from schools because it violated a school ban on political messages. Considering that Yertle is supposed to represent Adolf Hitler and Yertle is a bad turtle they might be getting their good messages and bad messages confused…

And turtles, of course…all the turtles are free
As turtles, and maybe, all creatures should be. 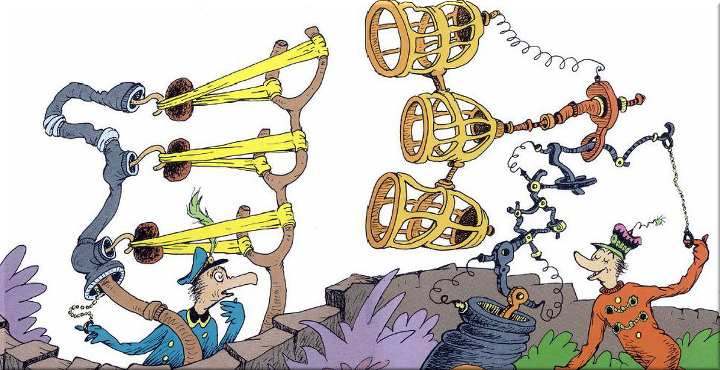 The Yooks and the Zooks are at war over who ate their bread butter side up or butter side down. Each side has a bomb that will destroy everything; and the book ends with a cliffhanger- a single blank page. A satire on the arms race and the Cold War, The Butter Battle Book remains one of Seuss’s most controversial. It was banned in various states of the United States and Canada. 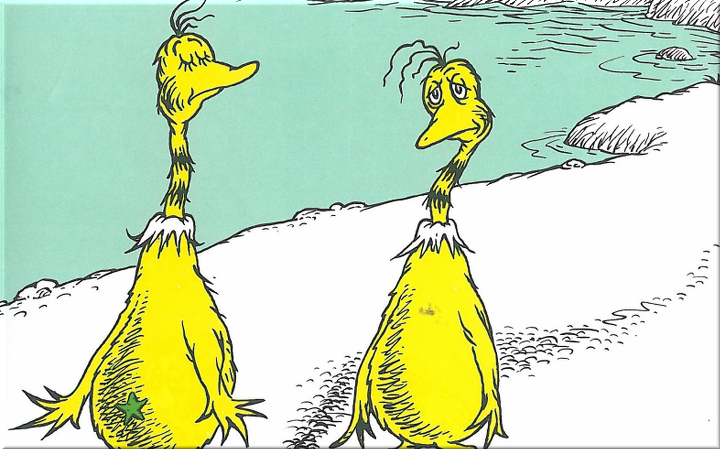 The Sneetches with green stars on their bellies think they’re better than the plain-bellied Sneetches. This one was banned for “racism themes” despite having an anti-racism theme. Go figure. 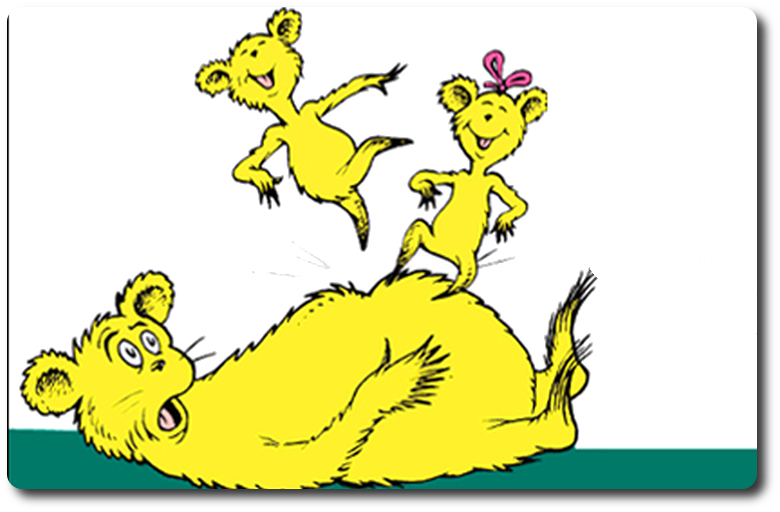 Hop on Pop has managed to stay off the banned books list, thanks to some sensible librarians. In 2013 a patron requested that Hop on Pop be removed from the Toronto Public Library, saying  that it encouraged children to use violence against their fathers. The complainer asked that the library remove the book and issue an apology to fathers — doubtlessly because they were at serious risk of being hopped on by their children. The complainer also said the library should pay for damages resulting from the book.

The library’s Materials Review Committee responded that “The children are actually told not to hop on Pop.”