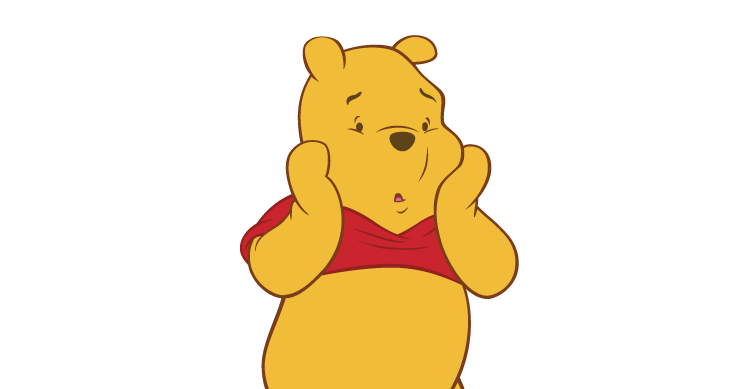 Banned Books Week 2015: The Persecution of Pooh and Piglet

The town of Tuszyn in Poland took exception to Winnie’s lack of pants, banning an image of him from the local playground because of his “dubious sexuality” and “inappropriate” dress. One lunatic, or “official”, stated that “It doesn’t wear underpants because it doesn’t have a sex. It’s a hermaphrodite.” Which is absolutely nonsensical anywhere, in any language. A Polish pants-wearing bear subsequently usurped Winnie’s position as playground mascot.

Of course trouser-less animals can be a risky business, as C.S. Hughes reminds us in The Short And Startling History Of Animals Without Pants.

Depictions of “Winnie the Pooh with a swastika” are now on a list of banned items complied by Russia’s Justice Ministry in Moscow, and with good reason. A court in Ufa said it had collected extremist material from the residence of a local extremist, including a picture of poor Winnie defiled by swastikas. 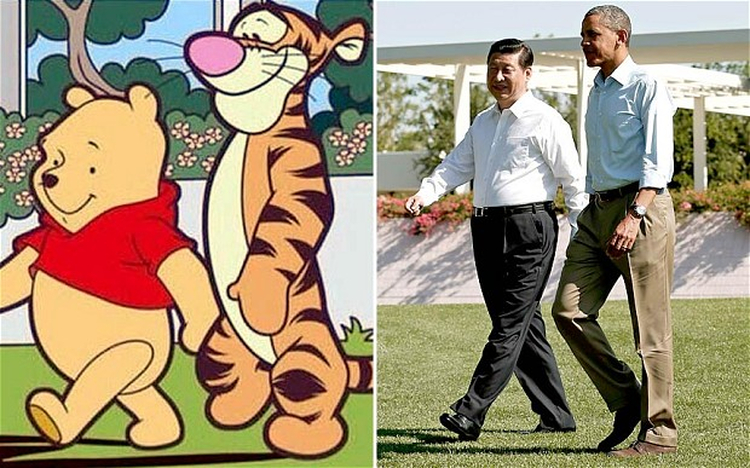 Communist Party censors took exception to this image of Winnie and Tigger, bearing an uncanny resemblance to U.S. President Barack Obama and Chinese President Xi Jinping, and removed the images being shared around the Chinese social media site Weibo. 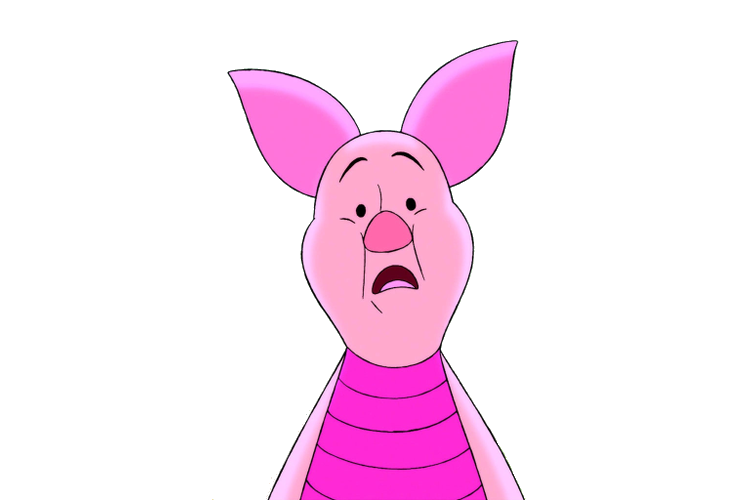 It was reported that TV TRT in Turkey banned Walt Disney’s Winnie the Pooh cartoon because of poor Piglet, labelling him, in more things that make no sense, a “notorious” character. However TRT denied the claim, saying the reports of their alleged ban of Winnie the Pooh and and other cartoons featuring pigs “are untrue and aim to discredit the institution.”

Perhaps the rumours of the “notorious” P.I.G. led to the ban of The Three Little Pigs, Charlotte’s Web and Winnie the Pooh, among others, at Park Road infant and nursery school in the U.K. in case stories featuring talking pigs offended Muslims. Inayat Bunglawala of the Muslim Council of Britain patiently explained that “there is absolutely no scriptural authority for this view. It is a misunderstanding of the Koranic instruction that Muslims may not eat pork.”

Mr Bunglawala said that the stories, drawings and photographs of pigs  were “perfectly legitimate”. And the Three Little Pigs, Piglet and Wilbur were returned to their rightful place on the library shelves.