Why BBC decided it was necessary to ‘reveal’ the ending of Face the Raven on Saturday well ahead of air time, Saturday evening here, Saturday morning in the UK, is a complete mystery. Perhaps they thought they could avoid other websites spoiling the shock ending. But here’s the thing, BBC, usually websites that post spoilers before episodes use the word SPOILER, often in capitals, often accompanied by exclamation points, in the title. Fans can avoid the article by simply not clicking on it. BBC’s official Doctor Who Facebook page unabashedly dropping a tearful Clara saying goodbye to the Doctor into your timeline is much harder to avoid.

A journey is coming to an end… #FaceTheRaven

As everything seems to be announced months ahead of time on Doctor Who these days, fans are already well aware that Jenna Coleman is leaving, so no one is going to think it’s a trick. Clara will probably be back, as the BBC is already splashing about suggestive magazine covers. They’ll probably tell us ahead of time, Jenna’s already listed for the finale (of course that could be a memory).  That still doesn’t excuse the fact that many fans would have spent the whole episode anticipating her departure. Sure there are probably lots of Doctor Who fans who don’t use Facebook, or possibly don’t go on the internet daily, but to those fans who do, here’s how the episode would have followed.

Instead of being pleasantly surprised that Rigsy has found a partner and made a little human since we last saw him, you’re immediately alerted to the fact that Rigsy will have to be more important than Clara as he is now a father, so it will probably be a choice between the two. Clara’s near-fall out of the TARDIS and her subsequent glee is a heavy-handed reminder of her apparent new recklessness and that she likes to ‘imitate’ the Doctor, further compounded by her later speech to Risgy, saying that “This is Doctor 101. We’re buying time”.  Then there’s the chronolock, controlled by Ashildr, or Mayor Me. Once Clara has taken the chronolock from Rigsy we know it is going to kill her, and as Ashildr has guaranteed Clara’s safety, the Doctor is going to hold Ashildr responsible, making them enemies. And as soon as Clara has taken the chronolock, we are counting down to her death.

Apparently Face the Raven was written as a stand-alone adventure, and then re-written to fit the current story-arc and include Clara’s departure, and it shows. The chronolock plot itself was weak and falls down under scrutiny. What could have been really interesting about the episode, the ‘trap street’, the refugee camp, or Anah’s and Anahson’s fascinating story and abilities, even Ashildr’s abrupt betrayal of the Doctor was overshadowed by the knowledge that by the end of the episode Clara would be dead. Despite the many references to previous episodes, Face the Raven fails to follow on smoothly from Ashildr’s last appearance. Ashildr knows who Clara is, she made sure to be within the frame when Clara was taking a selfie with a student, so that the Doctor who notice Ashildr. Yet Ashildr claims not to remember Clara. How did Ashildr become a refugee after Waterloo and when did she take out this contract with a Quantum Shade and why? Why would she betray the Doctor after having come to terms with him?

Clara’s death scene may have been nicely filmed and well-acted, but in the end it is difficult to escape the fact that Clara died because she was impulsive and didn’t think her plan through properly. Because she was brash. Because of the uncomfortably romantic trope that losing Danny Pink has made her careless with her own life. Because she wanted to be like the Doctor, but was unable to. Whatever flowery lines about bravery Face the Raven touted, the story actually suggests that Clara deserved her death because she was reckless. Did she, really? 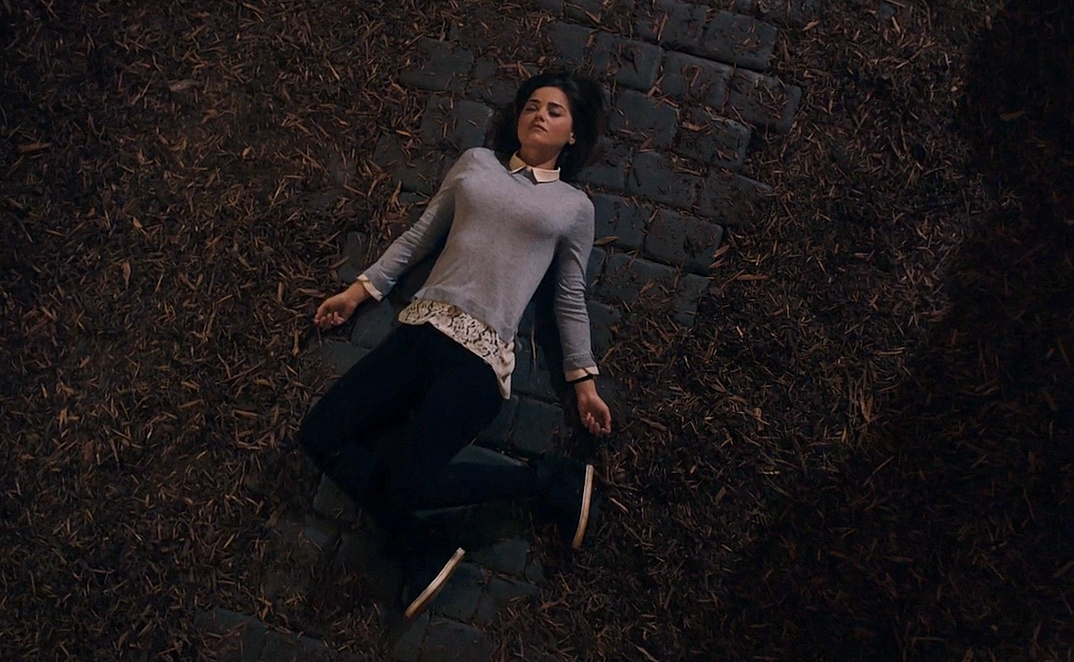