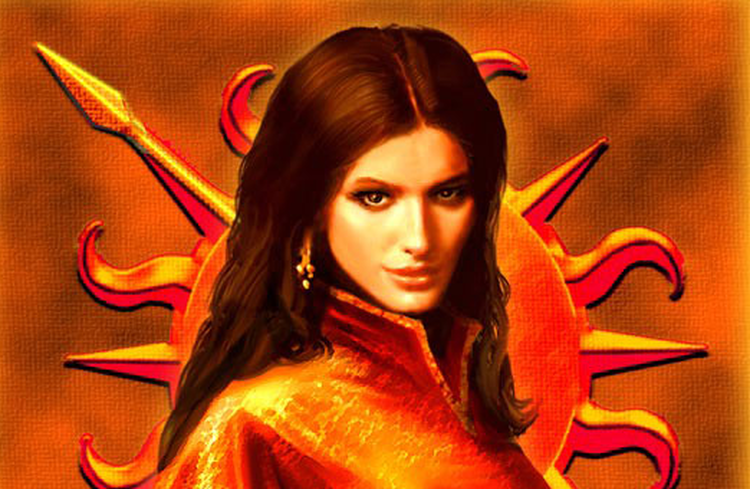 Olga Hughes
Game of Thrones
June 6, 2015
A Dance with Dragons Spoilers
If there is one aspect of A Song of Ice and Fire that has suffered from the inept pens of Dan and Dave this season, it is Dorne.  Bronn set a low expectation early on proclaiming that “Oh, Dorne, the people just want to fight and f***, f*** and fight“. I was expecting Dorne to replace the unnecessary and gratuitous goings-on that usually took place in Baelish’s brothels. However, the set-up for the Dornish did start last season. In A Storm of Swords Oberyn remarked that Ellaria was curious about sharing their bed with a blonde. Dan and Dave used it as an excuse for the couple to spend the absolute majority of their screen time in one of Baelish’s brothels indulging in multiple sexual partners. They approached the same-sex scenes with the usual accidentally-homophobic enthusiasm we’ve become accustomed to.

Viewers took to Oberyn quickly, as was to be expected. Ellaria, as a minor character, got less fanfare. But, when allowed outside with some clothes on, Indira Varma’s Ellaria was lovely, a charming interpretation of Oberyn’s paramour. Ellaria had a handful of scenes, ending with Oberyn’s gory and completely overdone death, and that was the last I thought we would see of her.

The vengeful and violent Ellaria that appeared in Season 5 was a complete surprise. Her first scene with Prince Doran set the tone for her new turn. She wanted vengeance for Oberyn’s death. They had the perfect instrument for revenge, Myrcella Baratheon, in their keep. And Ellaria proposed they send pieces of the girl back to her mother, Cersei Lannister.

Here’s the rub. A furious Ellaria makes perfect sense. She is also reflecting the rage and anguish viewers and readers felt when that damnable Mountain killed Oberyn. Oberyn was a character that you like and respect immediately, only to have him meet an untimely and grisly end. Rage is a perfectly normal stage of grief. Ellaria taking a pragmatic stance and refusing to be involved in any acts of revenge is quite astonishing. But that is the beauty of Ellaria Sand. Ellaria is an unexpected glimmer of light in the dark.

Despite being such a minor character, Ellaria’s only major scene in A Dance with Dragons has resonated with many readers. Areo Hotah, the captain of Doran’s guards, is observing in this chapter. Ser Balon Swann leads an envoy to Dorne with the Mountain’s skull. After a feast is held in Ser Balon’s honour, Doran retires, accompanied by his daughter Arianne, Ellaria and Oberyn’s daughters Nym, Obara and Tyene. Obara, holding the Mountain’s skull aloft concedes that the gesture ‘is a start’.

“A start?” said Ellaria Sand, incredulous. “Gods forbid. I would it were a finish. Tywin Lannister is dead. So are Robert Baratheon, Amory Lorch, and now Gregor Clegane, all those who had a hand in murdering Elia and her children. Even Joffrey, who was not yet born when Elia died. I saw the boy perish with mine own eyes, clawing at his throat as he tried to draw a breath. Who else is there to kill? Do Myrcella and Tommen need to die so the shades of Rhaenys and Aegon can be at rest? Where does it end?”

Even weeping, she has a strength in her Areo thinks. Ellaria’s impassioned speech has little effect on the Sand Snakes.  She implores them again.

“Oberyn wanted vengeance for Elia. Now the three of you want vengeance for him. I have four daughters, I remind you. Your sisters…If you should die, must El and Obella seek vengeance for you, then Dorea and Loree for them? Is that how it goes, round and round forever? I ask again, where does it end?” Ellaria Sand laid her hand on the Mountain’s head. “I saw your father die. Here is his killer. Can I take a skull to bed with me, to give me comfort in the night? Will it make me laugh, write me songs, care for me when I am old and sick?”

“The time is ripe.” Obara tells Ellaria.
“Ripe for what? To make more skulls?” Ellaria turns to the Doran. “They will not see. I can hear no more of this.” Areo Hotah is sad to see her go. She is a good woman he thinks.
Lady Nym says, “I know she loved our father well, but it is plain she never understood him.”
Doran gives her a curious look. “She understood more than you ever will, Nymeria. And she made your father happy. In the end a gentle heart may be worth more than pride or valor.”

Ellaria is soon forgotten as Doran shares his plans with the Sand Snakes. But Doran’s words ring true. Strength should not only be valued in the physical sense. We don’t need to turn Ellaria into a spiteful, vengeful, monster that would harm a young girl to show us that she is strong. That she would sacrifice the satisfaction of revenge to avoid more bloodshed shows us a far greater strength.

On another note, a rather Brothers Grimm-esque slant, with Ellaria as the wicked step-mother, has been applied. The two main ‘mother’ characters in Game of Thrones, Cersei and Catelyn, were considerably softened for the screen adaptation. They are really hammering it home this season with Cersei as well, with her repeated pathetic cries for her son while she is incarcerated. Catelyn’s completely false story about staying up with Jon when he was ill as a child, a boy who ‘in reality’ she utterly and unreasonably despised and treated dreadfully, is another shining example. Ceseri and Catelyn have been sanitised to preserve the sacredness of motherhood. Ellaria is given no such treatment, her character has been portrayed as the exact opposite of George’s original creation. I suspect Ellaria Sand could have given those two awful mothers, Cersei and Catelyn, a few good lessons. 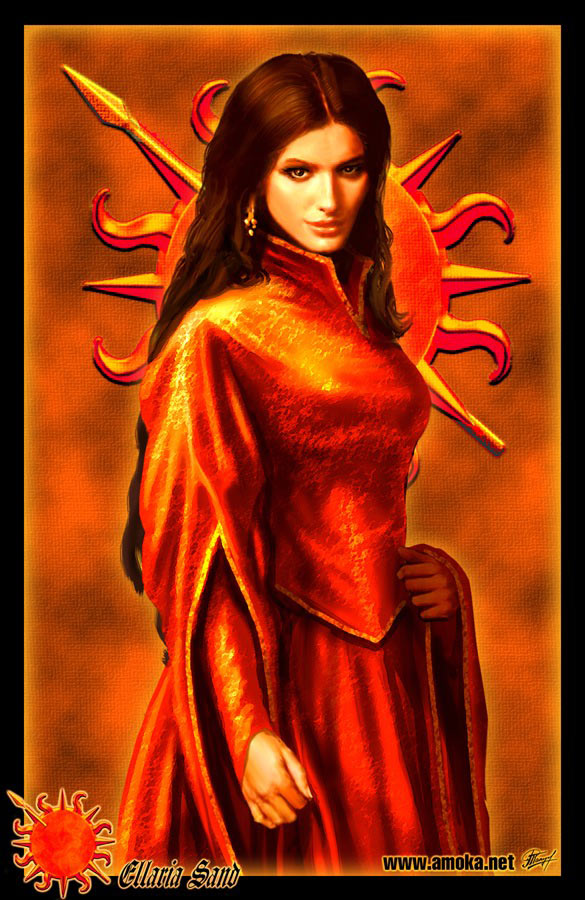