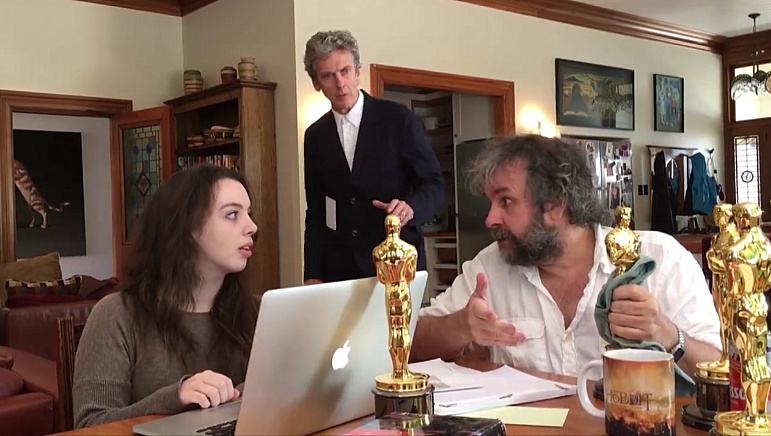 Is the Peter Jackson Doctor Who Episode Happening?

Did Peter Jackson just sign on to direct Doctor Who? Peter was so keen to direct an episode he offered to waive his fee in lieu of a gold-coloured Dalek in 2014. In 2015 Steven Moffat gave us a brief update saying the episode will ‘probably happen‘. Now Peter and Steven are having a bit of fun with this new video. Keep an eye on the gold-coloured fellow later on, he may be a clue.

This was an interesting weekend…

In other nefarious clues, there’s a copy of The Silmarillion on the table…