It’s just a phone Clara. Nothing happens when you answer the phone… 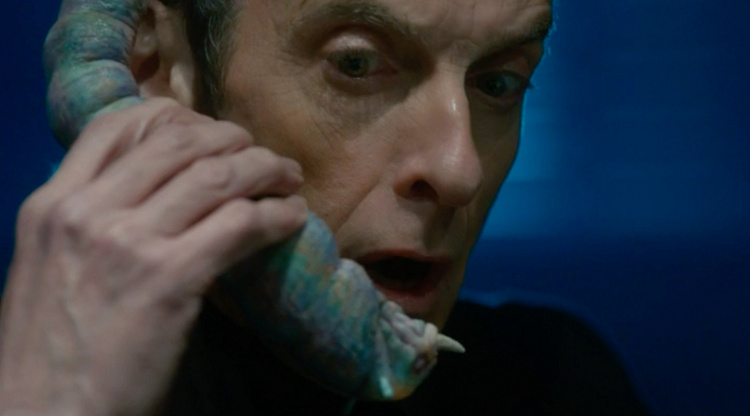 Or, memory worms, the squidgy little monsters. The opening scene where Clara and the Doctor are immediately transported to a room with no recollection of how and why they are there with two strangers instantly set the chaotic pace for the episode.

Some people might have thought this was reminiscent of Ocean’s Eleven, or considering Clara’s skinny tie, Reservoir Dogs. I was put in mind of the great Gringotts break-in in Harry Potter and the Deathly Hallows. There was no mutant superpower or polyjuice potion in Ocean’s Eleven or Reservoir Dogs. Clara does look like she’s channelling Tim Roth there though.

With Harry Potter still in mind, I was torn between the chained dragons in the depths of Gringott’s and Hannibal Lecter. The Teller made a formidable entrance (of course we all knew he was misunderstood). Check out Doctor Who Extra to see the creation of this amazing character without CGI. 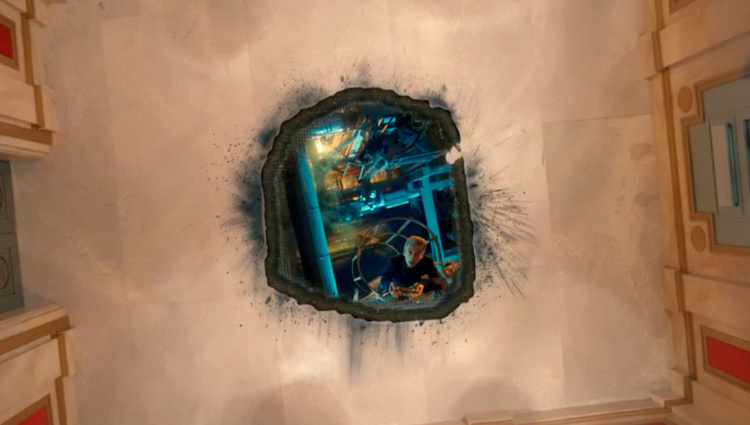 There were so many gorgeous visuals in this episode and this one was one of my favourites, everything from the vast yet claustrophobic atmosphere of the room to the floor closing over again as the guards stormed in.

How could you trust someone who looked back at you out of your own eyes? 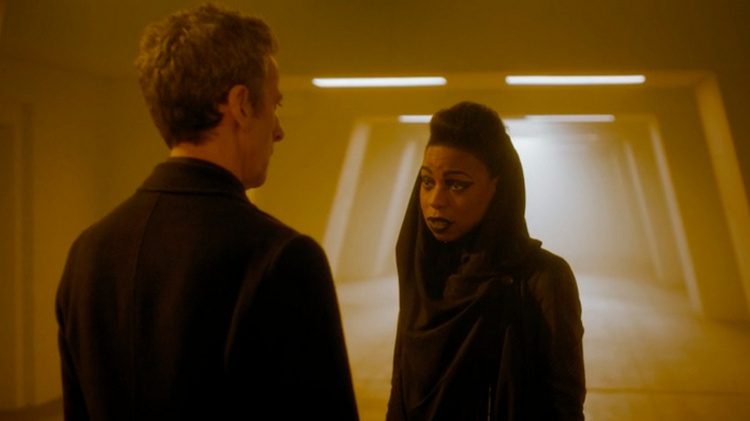 Both Psi and Saibra sorely needed more screen time, each had an interesting story that could have filled a whole episode. There’s an obvious connection with X-Men of course, in Saibra’s story. Psi, the cyborg, has an interesting twist, he is not just suffering memory loss for the heist, but he chose to wipe his memory completely to protect his loved ones when being interrogated in prison, and has suffered with the loneliness ever since. They sort of teased that they might be back on tonight’s Extra, but their story was resolved.

Saiba also reminded the Doctor he was a ‘good man’ when he told her he couldn’t promise her he would kill the Architect. There it is again…

Clara and the Teller 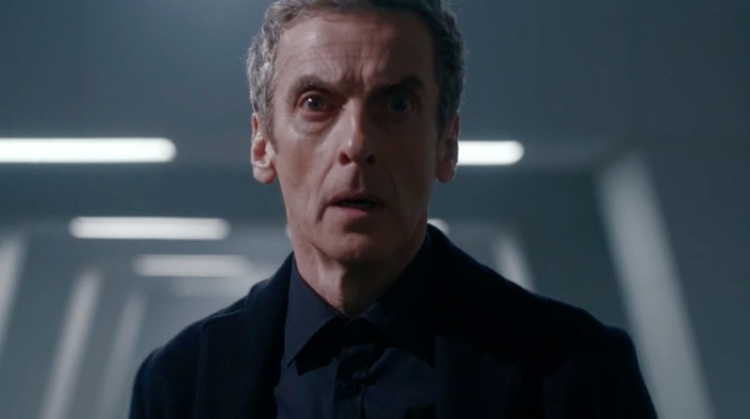 Just in case you thought the Doctor was a little aloof and uncaring, his sheer terror when Clara was captured by the Teller makes it glaringly evident much of it is a front. Clara’s inability to mask her mind in the presence of the Teller also raises some interesting questions about her overcrowded thoughts. We’ll see more of that next week… 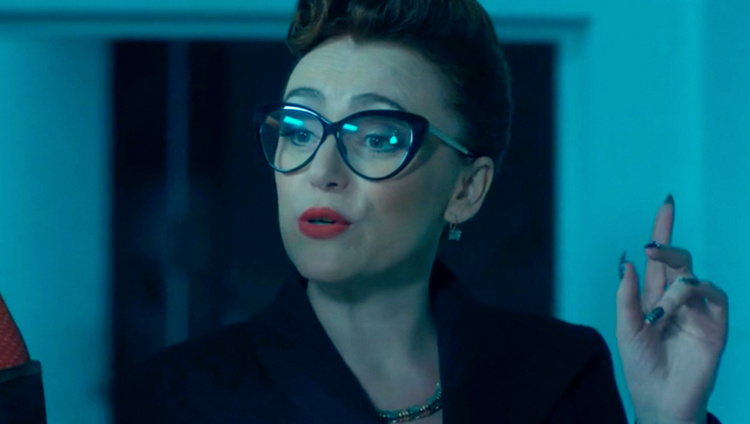 What’s in the Vault? 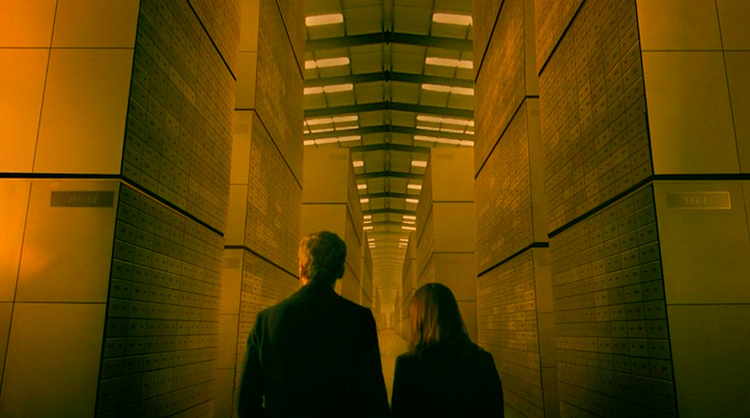 Psi and Saibra’s heart’s desire. The gene suppressant that will cure Saibra’s condition and the neophyte circuit that will restore Psi’s memories. It could have been a bitter sweet moment considering they were dead but that leads to… 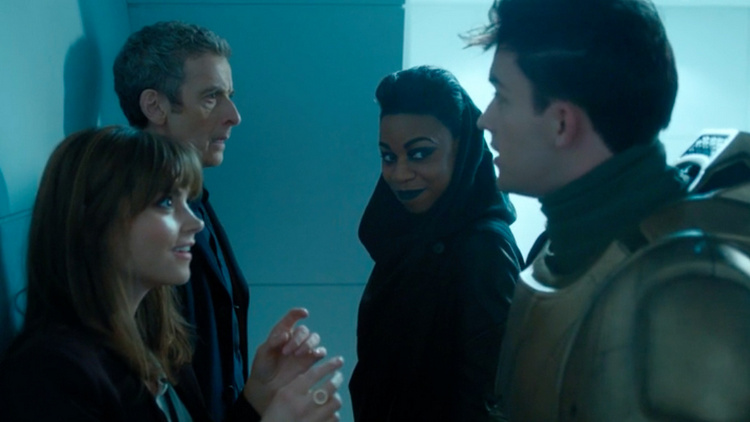 Because we hate it when people really die in Doctor Who. 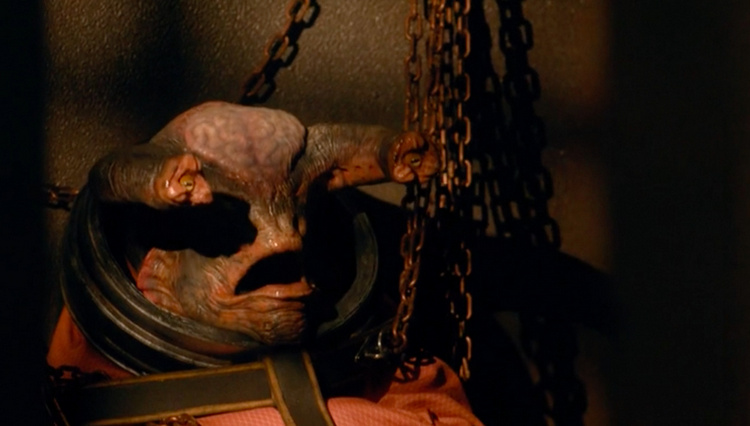 The best one of all. It was a typical feel-good ending where the Doctor, Clara and Team Not Dead save the last two of a species from incarceration and extinction.

And we agree, all in all. Beat that for a date. 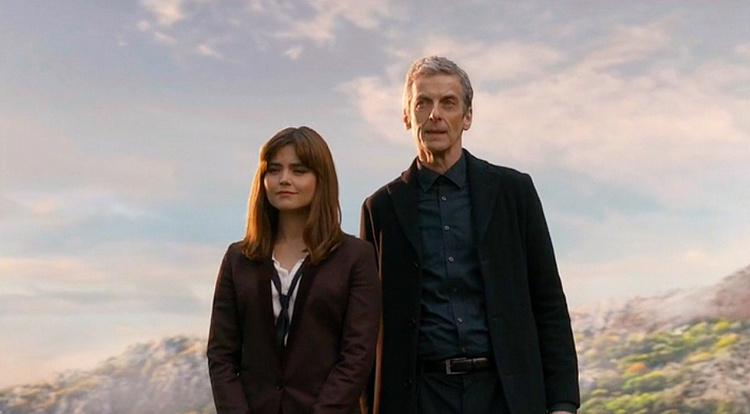