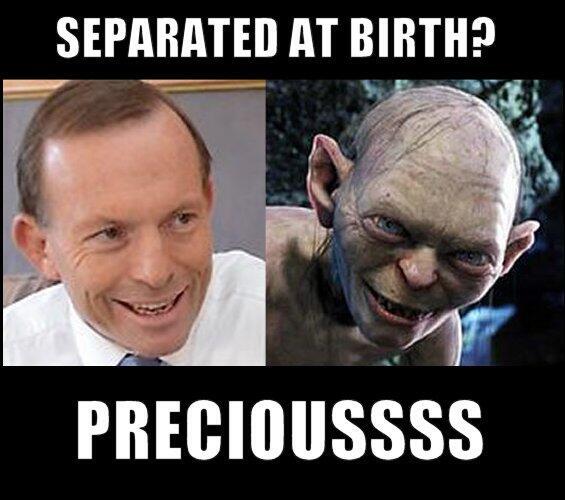 Tony Abbott Gets Catty Over Kitty

Thanks to a new browser plug-in, Australians no longer have to be inadvertently exposed to the grim and unpleasant face of Prime Minister, Tony Abbott. Instead, Abbott’s milk-curdling features are automatically replaced by a picture of a cute kitty.

The Speedo sporting spelunker, who purports to be a Christian but rose to power on, and continues to promote policies of misogyny, racism, hatred and xenophobia, as well as environmental vandalism, and all sorts of other teabaggery in the name political and political pragmatism, is the personal favourite of a particularly evil and Davros-like media mogul, a Gollum to Murdoch’s Sauron, and as such his mug is continuously plastered over every media outlet and format.

We may have to put up with his sickening hate-based policies, however thanks to the Stop Tony Miaow browser plug-in, Australians no longer have to see reports on those policies accompanied by Tony Abbott’s stomach-turning features.

The plug-in, created by @taybenlor, @dannolan & @mattro as “a bit of fun”, simply replaces any photo it can identify as Tony Abbott with a photo of a cute kitty. This makes swallowing reports of barbaric and stupid activity just as painful, however there is a cute kitty also, so it isn’t quite as bad. We have contacted the developers to request a plug-in for the TV and other media. Unfortunately that may be a little more difficult.

Here’s a picture of Australian Prime Minister, Tony Abbott. Ugh! If you see a kitty instead you probably have the plug-in installed. Or astigmatism.

Here’s a picture from a recent news article, you can see how much more pleasanter the news is with a picture of a kitty instead of Mr ‘I Did Not Punch That Woman’. 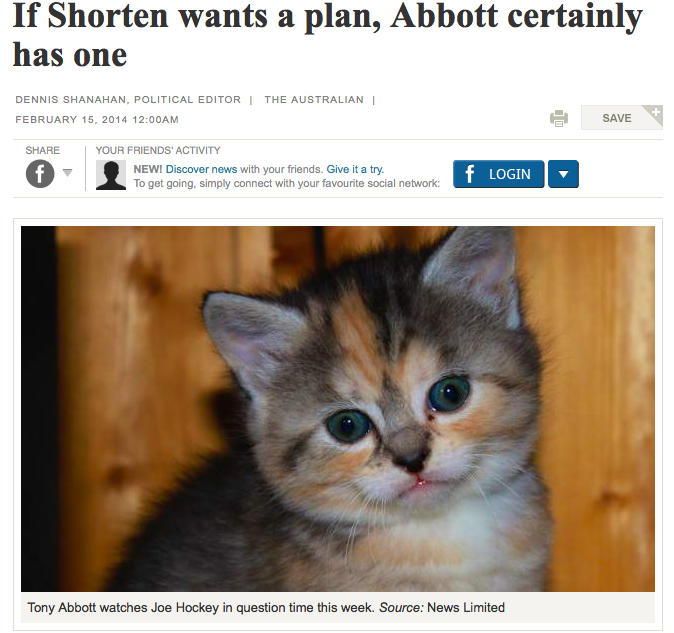 Here is his dark master, an almost mummified old media mogul. This villain has millions of souless minions that mindlessly obey his every command. He attempts to dominate and control human governments worldwide. He controls and manipulates people’s minds through advanced technology. He invades people’s most private moments for his own sick enjoyment and profit. Now if that isn’t the definition of an evil super-villain, someone better call the Doctor. 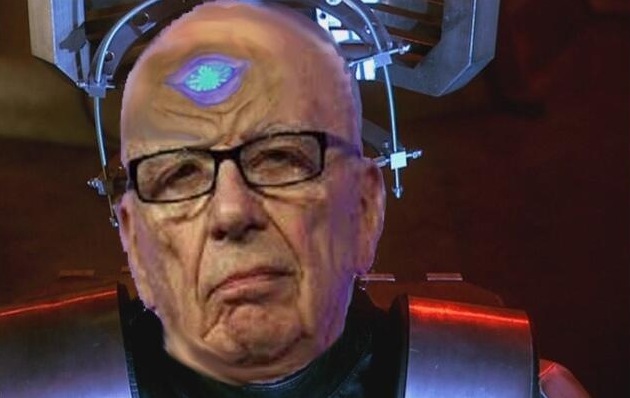 We’ve attempted to contact both the villain and his simpering henchman for comment, so far neither has replied.