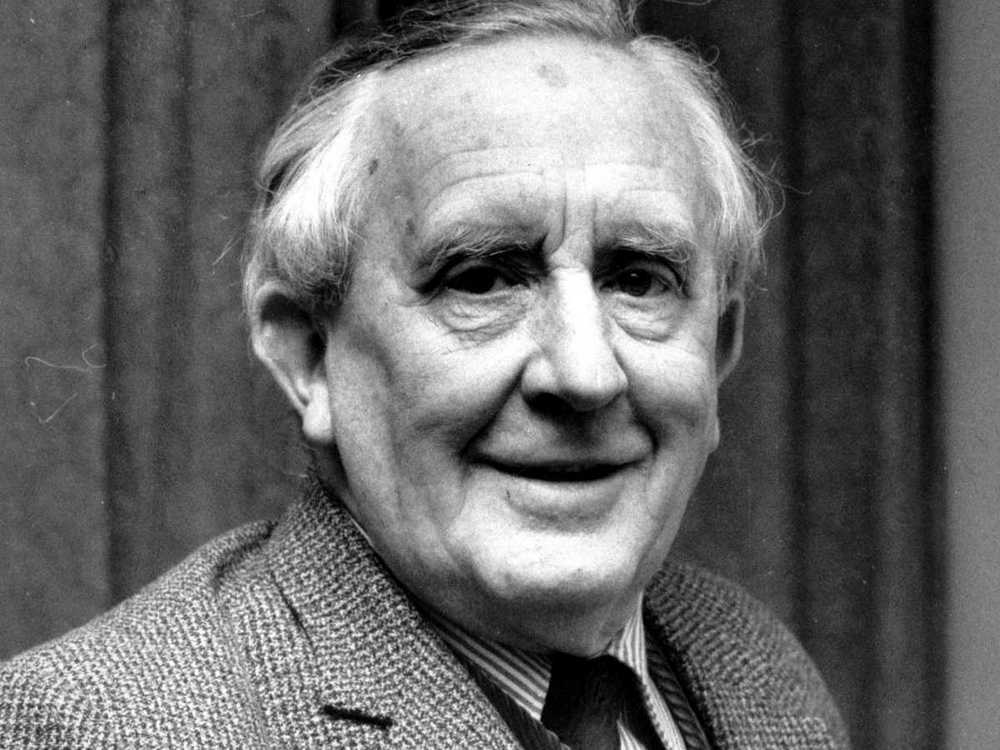 Olga Hughes
Poet's Stage
January 29, 2016
In 1952, while J.R.R Tolkien was staying with George Sayer in Worcestershire, Sayer showed him a tape recorder. This was the first time Tolkien had seen tape recorder close-up, and, according to Humphrey Carpenter, “he pretended to regard Sayer‘s machine with great suspicion, pronouncing the Lord’s Prayer in Gothic into the microphone to cast out any devils that might be lurking within.” Sayer recorded Tolkien reading and singing from The Hobbit and from the typescript of The Lord of the Rings, which Tolkien had brought with him. Tolkien was impressed with the device and later purchased one for himself.

The Rhyme of the Troll was sung by Samwise Gangee when members of the fellowship encountered “Bilbo’s trolls’, the trolls who were caught by the sun after arguing overlong about how to cook thirteen dwarves and one hobbit. Sam is evasive when Pippin asks where he learned the song, but Frodo insists that Sam made the song up himself.

“Rhyme of the Troll”

Up came Tom with his big boots on.
Said he to Troll: ‘Pray, what is yon?
For it looks like the shin o’ my nuncle Tim,
As should be a-lyin’ in graveyard.
Caveyard! Paveyard!
This many a year has Tim been gone,
And I thought he were lyin’ in graveyard.’

‘My lad,’ said Troll, ‘this bone I stole.
But what be bones that lie in a hole?
Thy nuncle was dead as a lump o’lead,
Afore I found his shinbone.
Tinbone! Thinbone!
He can spare a share for a poor old troll,
For he don’t need his shinbone.’

But just as he thought his dinner was caught,
He found his hands had hold of naught.
Before he could mind, Tom slipped behind
And gave him the boot to larn him.
Warn him! Darn him!
A bump o’ the boot on the seat, Tom thought,
Would be the way to larn him.

But harder than stone is the flesh and bone
Of a troll that sits in the hills alone.
As well set your boot to the mountain’s root,
For the seat of a troll don’t feel it.
Peel it! Heal it!
Old troll laughed, when he heard Tom groan.
And he knew his toes could feel it. 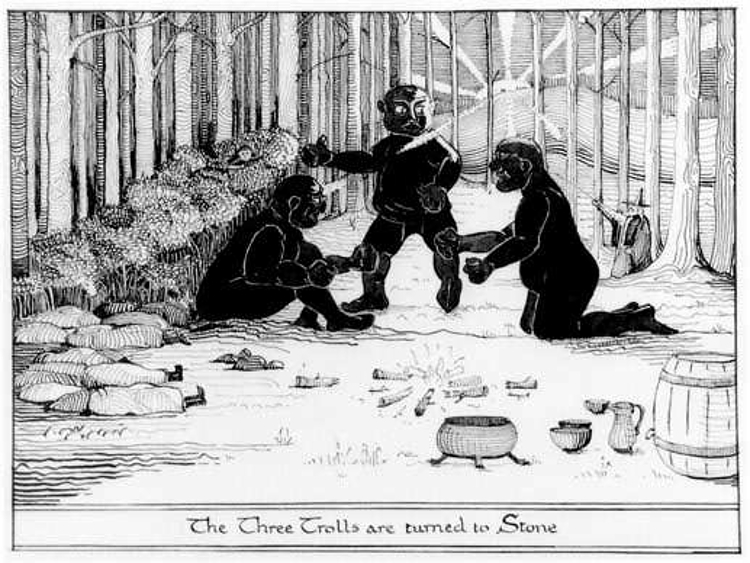