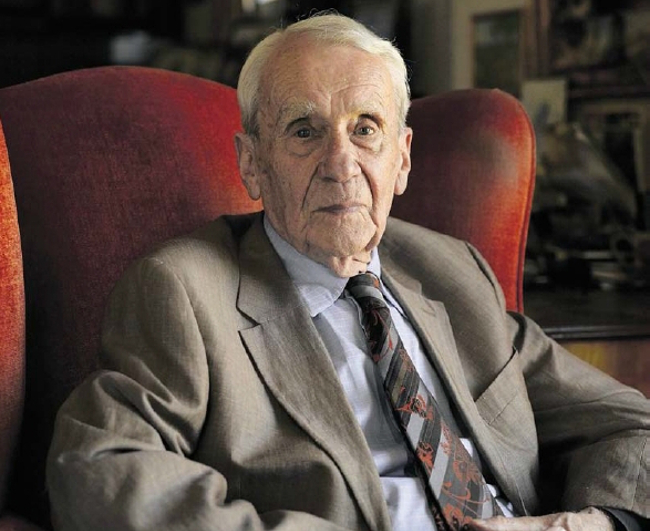 Christopher Tolkien is to receive the Bodley Medal, awarded by the Bodleian Libraries of the University of Oxford for outstanding contributions to the worlds of literature, culture, science, and communication. Christopher, a scholar, former university lecturer and author, has spent the last forty years editing and publishing his father J.R.R. Tolkien’s unfinished work. Christopher has brought us his father’s great work The Silmarillion, Unfinished Tales of Númenor and of Middle-earth, a thirteen-volume History of Middle Earth, and The Children of Húrin from Tolkien’s Middle Earth works; along with children’s stories Roverandom and Mr. Bliss, and translations of the epics The Legend of Sigurd and Gudrún, Beowulf: A Translation and Commentary, The Story of Kullervo and an epic poem The Fall of Arthur.

The Tolkien Archive has been kept at the Bodleian since 1979. Richard Ovenden, Bodley’s Librarian, said: “Christopher Tolkien’s contribution as a scholar and editor has been immense. Without his dedication and commitment, his father’s works would not have reached such a broad public audience and without his erudition and scholarship J R R Tolkien’s work would not have been presented so fully and with such authority.”

Christopher Tolkien said: “Although I have never looked for anything remotely of such a kind, I find it especially welcome to receive the Bodley Medal in that it affirms the unique significance of my father’s creation and accords a worthy place in the Republic of Letters to Tolkien scholarship. It gives me particular pleasure that the award comes from and is conceived by the Bodleian, where a great part of my father’s manuscripts lie and where I have happy memories of the great library itself.”

Tolkien fans worldwide cherish the contribution Christopher Tolkien has made to his father’s legacy, starting with 70 boxes of archives, each stuffed with thousands of undated and unnumbered pages, that would eventually become The Silmarillion and The History of Middle Earth. 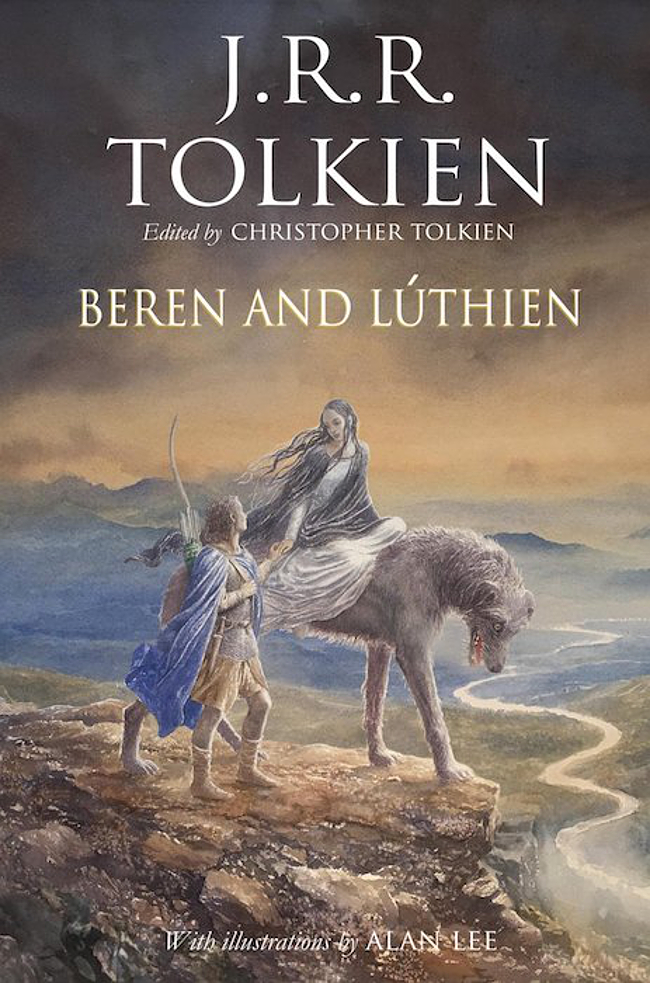 Christopher has just completed a compilation of tales of Beren and Lúthien, the beloved story of the mortal Man Beren and the immortal Elf-maiden Lúthien, to be published next year.

Painstakingly restored from Tolkien’s manuscripts and presented for the first time as a fully continuous and standalone story, the epic tale of Beren and Lúthien will reunite fans of The Hobbit and The Lord of the Rings with Elves and Men, Dwarves and Orcs and the rich landscape and creatures unique to Tolkien’s Middle-earth.

The tale of Beren and Lúthien was, or became, an essential element in the evolution of The Silmarillion, the myths and legends of the First Age of the World conceived by J.R.R. Tolkien. Returning from France and the battle of the Somme at the end of 1916, he wrote the tale in the following year.

Essential to the story, and never changed, is the fate that shadowed the love of Beren and Lúthien: for Beren was a mortal man, but Lúthien was an immortal Elf. Her father, a great Elvish lord, in deep opposition to Beren, imposed on him an impossible task that he must perform before he might wed Lúthien. This is the kernel of the legend; and it leads to the supremely heroic attempt of Beren and Lúthien together to rob the greatest of all evil beings, Melkor, called Morgoth, the Black Enemy, of a Silmaril.

In this book Christopher Tolkien has attempted to extract the story of Beren and Lúthien from the comprehensive work in which it was embedded; but that story was itself changing as it developed new associations within the larger history. To show something of the process whereby this legend of Middle-earth evolved over the years, he has told the story in his father’s own words by giving, first, its original form, and then passages in prose and verse from later texts that illustrate the narrative as it changed. Presented together for the first time, they reveal aspects of the story, both in event and in narrative immediacy, that were afterwards lost.