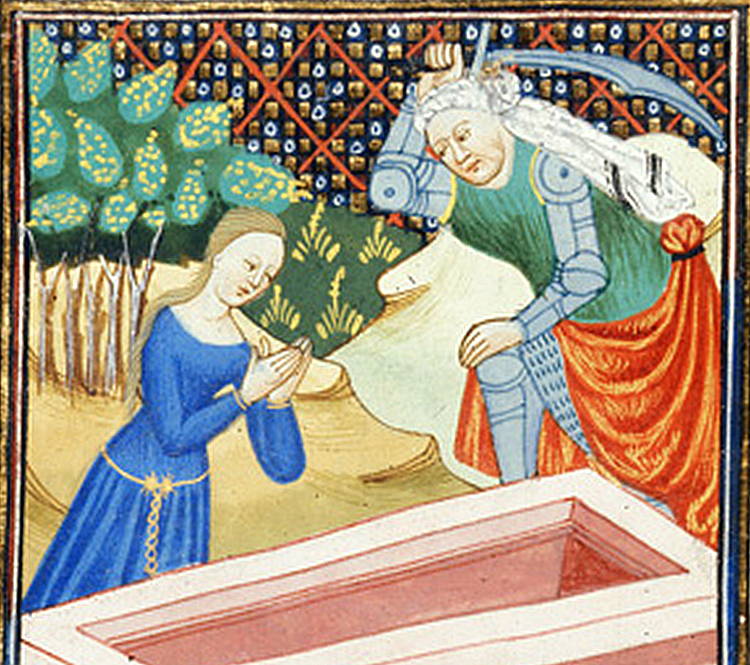 Henry Parker, Lord Morley must have spent most of his career under King Henry VIII with his loyalties torn between his religion, his family and his obedience to his monarch. Having spent his boyhood in the service of Henry’s grandmother, Margaret Beaufort, many years later he would watch Henry VIII execute her spiritual director, the elderly John Fisher, for alleged treason. Morley remained loyal to Princess Mary while her own father Henry VIII persecuted her for years on end. Morley was forced to sit on the panel which convicted his own son-in-law, Lord Rochford, of treason and incest. Religiously conservative, Morley was still obliged to provide 100 men to quell the Pilgrimage of Grace, and see Henry VIII execute almost 200 Catholics in the aftermath. In 1540 he watched his friend Thomas Cromwell, like so many others before him, end his life with his head on the block.

And in 1542, Lord Morley was present for each reading of the bills of attainder that named his daughter ‘that bawd Lady Rochford’ and condemned her to her death. Jane Boleyn was executed for alleged treason, after aiding Queen Catherine Howard in her illicit trysts with Thomas Culpeper.

Lord Morley had his heart broken by Henry VIII more times than a loyal subject deserved. And like so many others who suffered under Henry VIII he was forced to remain silent.

But Morley did not remain completely silent about his daughter. He paid tribute to Jane in his own way, immortalising her plight in a book that now resides at Chatsworth House.

Morley translated many texts from Latin and Italian and six of the manuscripts he presented to Henry VIII survive, and another two are possibly lost. Of these surviving manuscripts, De claris mulieribus gives us an insight into Morley’s feelings about losing his daughter. In 1543, less than a year after Jane was executed, Morley presented Henry VIII with a translation of the first forty-six narratives Boccaccio’s De claris mulieribus (On Famous Women), a book dedicated entirely to biographies of mythological and historical women. While almost all of the text is translated closely, Morley presents an intriguing diversion in the story of Polyxena.

Polyxena is a figure from Greek mythology, the daughter of King Priam. Boccaccio’s version follows the traditional Greek, where Achilles’ ghost returned after the end of the Trojan War and demanded Polyxena as a sacrifice to appease the wind that was needed to sail back to Hellas. Polyxena was eager to comply. She was sacrificed by Neptolemus (or Pirrus), Achilles’ son, who slit her throat.

Here Morley adds a new sentence that complies with neither the traditional Greek mythology nor Boccaccio’s adaptation. Morley wrote that it was “against all good order…that so sweet a maiden should be devoured by the hand of Pirrus for another woman’s offence!” James Simpson notes that Morley must be referring to Hecuba, Polyxena’s mother, but adds “There are, however, so many potential offences and offenders behind the murder of Polyxena that Morley’s choice of ‘another woman’ is presumably significant in the context of his daughter’s fatal involvement with Catherine Howard.” Morley speaks of Polyxena offering her ‘neck’ rather than her throat to Neptolemus, who had slit Polyxena’s throat. Jane, of course, was beheaded. He alludes to Jane’s bravery when facing death, admiring her constancy ‘under the sword of the victor’.

There is a single eyewitness account of Jane’s and Catherine’s executions that survives. Ottwell Johnson describes “the Queen and the lady Retcheford suffer within the Tower, the day following; whose souls (I doubt not) be with God, for they made the most godly and Christians’ end that ever was heard tell of (I think) since the world’s creation, uttering their lively faith in the blood of Christ only, with wonderful patience and constancy to the death, and, with goodly words and steadfast countenance…”

If this is the only small defiance Lord Morley could present to King Henry VIII, murderer and persecutor of his friends and kin, it has been a lasting one.

The Sacrifice of Lady Rochford by James Simpson in Triumphs of the English, Henry Parker, Lord Morley, Translator to the Tudor Court Edited by Marie Axton and James P. Carley.