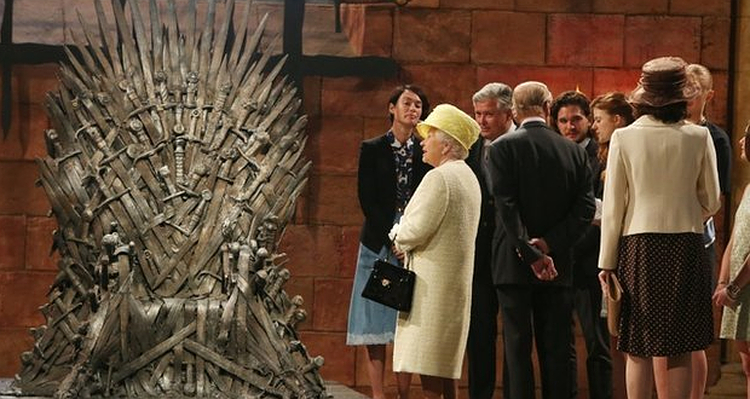 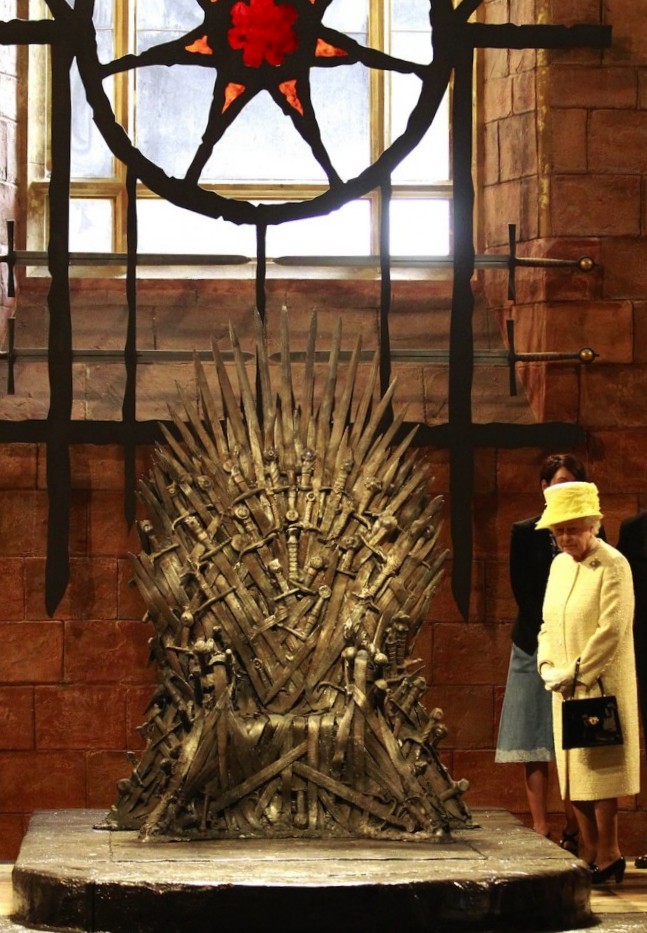 The Queen and the Duke of Edinburgh met members of the cast and crew from Game of Thrones during a tour of the Paint Hall Studios in Belfast. As well as meeting cast and production staff, the Royal couple were also given a short overview of the series and the impact it has had on Northern Ireland. 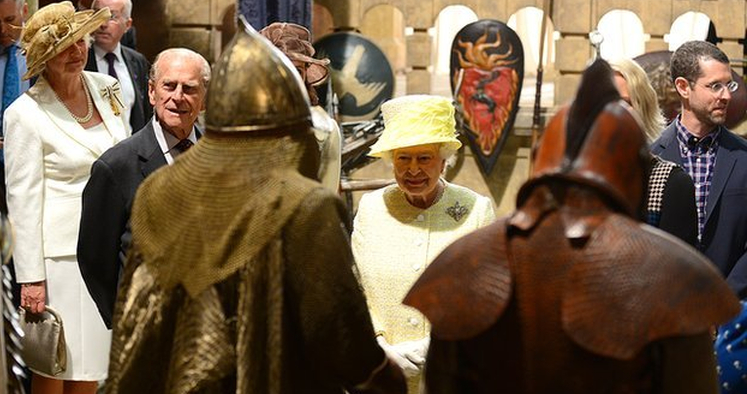 Dan and Dave led the tour through the Paint Hall where the sets for the Red Keep and the Throne Room are housed. The Queen and Prince Philip viewed some of the props that have featured in the show, including the Iron Throne, although Queen Elizabeth declined to have a seat. She was presented with a miniature replica of the Iron Throne. 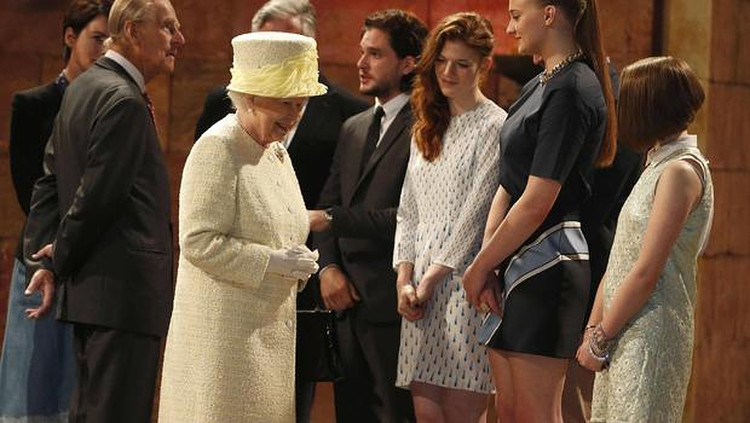