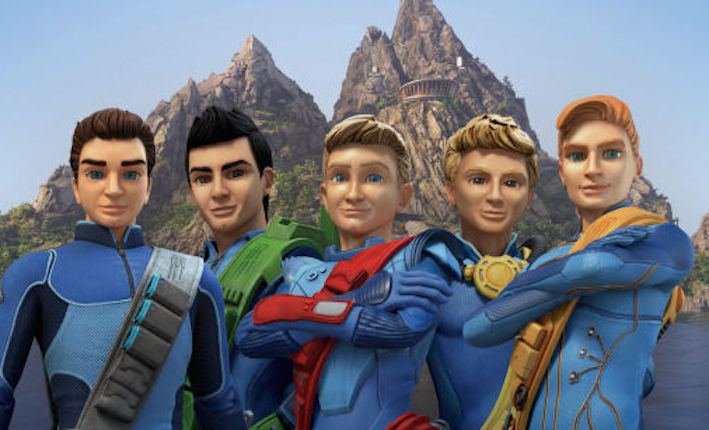 GerryAnderson.com reports the first image of the Tracy Brothers – heroes of Thunderbirds and ITV’s new version Thunderbirds Are Go! have been revealed.

Scott, Virgil, Alan, Gordon and John while no longer puppeticious, still have a stalwart woodenness about them, not necessarily in the right department. With their utility belt style sashes and tight fitting multi-purpose uniforms, they are looking quite toyicious as well – that’s the propensity to be easily manufactured into a plastic product that will be enthusiastically taken up by kids.

ITV’s problem is that while they are attempting to capture the attention of today’s children, much of the show’s appeal is nostalgia, cheesiness, exploding elaborate model sets and the spellbinding engagement of the imagination that is achieved with puppets. Most of the show’s fans are probably in their 50s.

Will this CGI version appeal to  that audience? Will a concept rooted in Cold War conflicts and corny 007 style action appeal to kids who enjoy the high super hero sci-fi fantasy of The Justice League, the epic SF that is The Clone Wars, the cute fantasy comedy of How To Train Your Dragon, surreal goofiness of Adventure Time and the kooky shenanigans of The Fairly Odd Parents?

And while there’s a small resemblance to some of the originals, another important question is will ITV be paying a royalty to Jeremy Renner or Sean Penn for Alan Tracy’s face?

ITV’s Thunderbirds Are Go! will be showing later in 2015. 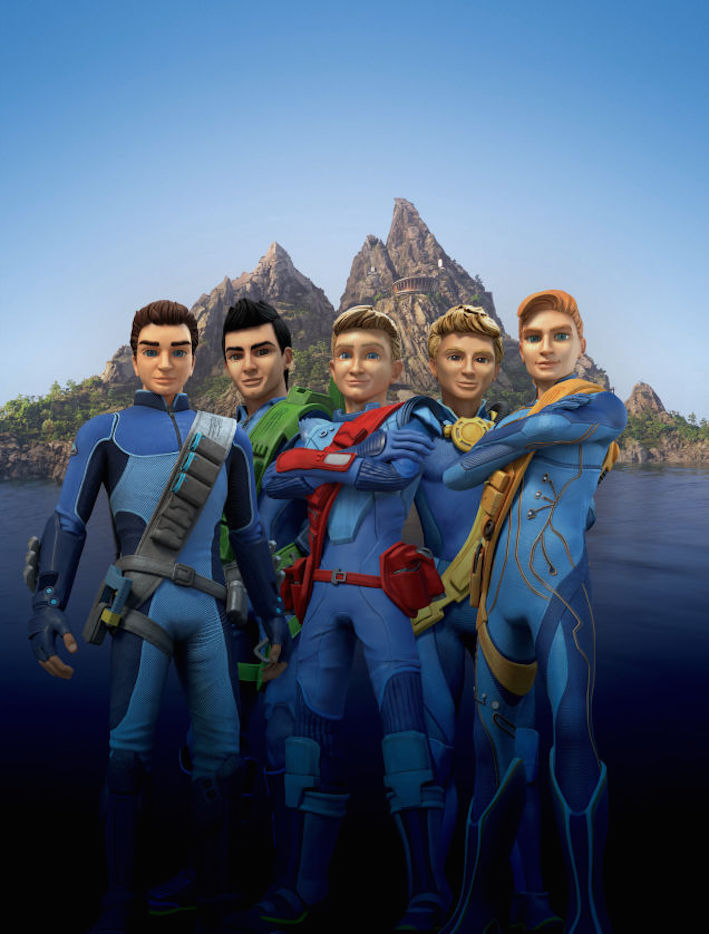