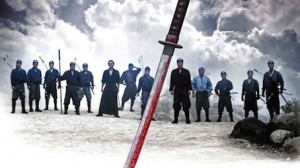 Cultish Director Takashi Miike’s 13 Assassins. In 1840s Japan toward the end of the feudal period the son of the old Shogun, brother of the new Shogun, is a merciless sadist, raping, killing, torturing men, women, children on a whim. A small band of samurai, fearful of the reign of terror this monster will unleash when he joins the Shogun’s council, determine to break their vows of service and obedience, and kill him. 13 against 200, the result is a rampant ballet of burning villages, crimson-drenched swords, mud, blood and gore. There’s a definite inheritance from the Seven Samurai, (or the Magnificent Seven), a little of Tarantino, a little of Peckinpah, and a lot of the Bushido spirit as our 13 heroes, 12 Samurai and 1 wild man peasant they rescue along the way, slash their way through overwhelming odds. Incredible battle choreography, beautifully filmed, magnificently slaughterful. 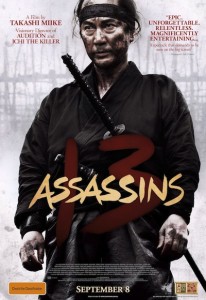