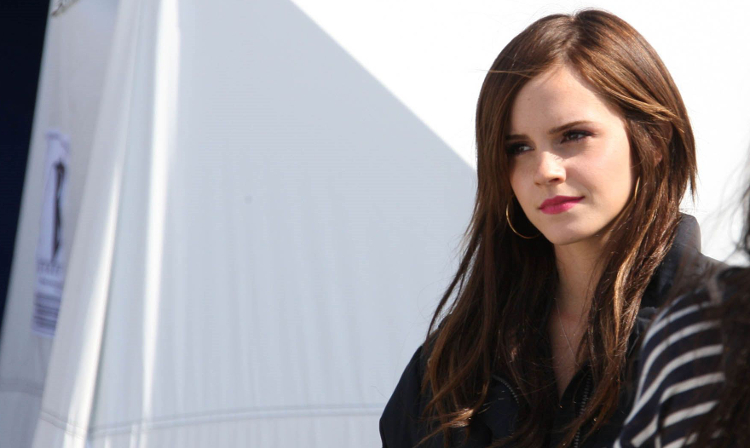 She’s pretty, she’s classy, she’s witty, she’s sassy. She’s an icon to young wizards everywhere. She’s gorgeous and sometimes screechy. She’s also becoming ubiquitous. Oh no! Don’t become ubiquitous Emma! Isn’t that like Scientology? I hear you ask. No. Nothing like it at all.
Ubiquitous means prevalent, everywhere, all-encompassing, Catholic, common. You’re on the internet. Google the synonyms. You literally cannot look at the internet without an article about Emma Watson popping up somewhere. She’s like a virus. Seriously. If Anonymous want to take down #PRISM all they have to do is post pictures of Emma Watson to the NSA’s servers.
Yes, I have just made enemies of nerds and wizards everywhere because I have apparently said that Emma Watson is common, catholic, anonymous and in an icky relationship with Tom Cruise, and that she has the dendrophilia virus. Ewww. No I have not said any of those things.
She looks good with a hat on. Her hair is shiny. She once had a hair malfunction when a friend helped try to dye her hair pink, it turned out an awful colour and she had to wash her hair three times a day for a month to get the dye out. I’m not making it up. Should have gone blue. I’m sure it smells nice except when she’s been playing rugby. She does not play rugby. She dyed her dog pink. No that’s not a euphemism. Not even a metaphor. That actually happened. You can see Emma get naughty in the new Sofia Coppola film The Bling Ring. And you can see her feet here.