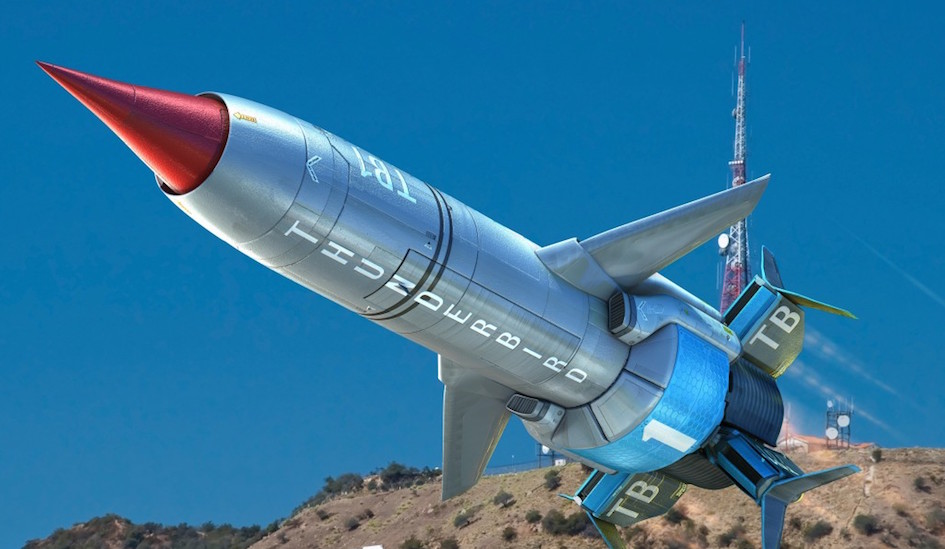 For The 50th Anniversary Thunderbirds Are Go! In 2015

The Thunderbirds have been exploding onto our Saturday morning cartoon screens for almost 50 years. While The Wacky Races have stalled, The Bananna Splits have left the building, The Funky Phantom has lost his funk, H R Puffnstuff has gone up in smoke, Squiddly Diddly and Sigmund and The Sea Monsters are all sushi, and even The Looney Tunes, while still around, features Bugs and Duffy as a contrived Two And A Half Men-ish odd couple in a  suburban sitcom about metrosexuals with girlfriend problems, rather than archetypal incarnations of the trickster, The Thunderbirds, with their James Bond attitude and Meccano sensibility continue, their 60s sci-fi chic unchanged.

Gerry Anderson is the Michael Bey of marionettes. Except with a sense of humour, and better explosions. Bone rattling cinema CGI is impressive the first few times, but there’s always something exhilarating about seeing a detailed, complex model landscape go up in a frenzy of flame and smoke. It’s a bit like that Airfix model Panzer Tank you spent hours building as a kid, then tore apart in a flash with a Tom Thumb firecracker, times a 1000. There’s a peculiar sense of power about plastic soldiers melting under a magnifier, but something disturbing about seeing a big eyed puppet, covered in grime and sweat, go up in flame or go suddenly still, giving up the ghost.

Universal Studios crashed and burned in 2004 with a no strings, no heart, live action Hollywood version in 2004. The humorists from South Park oddly enough captured more of a sense of the original with their crude, rude and satirical Team America: World Police, in the same year. The key being they stayed true to the form by using puppets. That’s the thing about using puppets, using art and models, creating a world, a story with Supermarionation! (a word that almost always demands an exclamation mark) it creates a sense of amazement, that allows the imagination to engage with the story. So regardless of how cliched the story, how corny the humour, how wooden the expressions, how clumsy the hand movement, how cardboard the set, and whether the strings are actually showing, it nevertheless creates a sense of wonder.

Original producers of the show ITV are working with the show’s creators at Anderson Entertainment and Weta Workshop, the special effects and model making geniuses who helped created The Lord Of The Rings, The Hobbit, Avatar and even Xena: Warrior Princess, to bring Thunderbirds Are Go! back to TV in 2015. The team at Weta are huge fans of the original series, and you can see from this first glimpse picture of  Thunderbird One, they have kept true to the original design by The Thunderbirds master model maker, Derek Meddings. David Graham from the original series will reprise his role as the slightly nefarious Parker, chauffuer to elegant super-spy Lady Penelope Creighton-Ward, to be voiced by Rosamund Pike. Thomas Brodie-Sangster, (Jojen Reed in Game Of Thrones), will play John Tracy – commander of Space Station Thunderbird 5, and Kayvan Novak as the team’s nerdish boffin, Brains.

While the new series will combine CGI and live action sets rather than marionettes, if this picture is anything to go by, while the strings in the new Thunderbirds Are Go! may not be visible, the vision, the sensibility, the humour , the drama, the strings that animate the adventure are still there, at the heart. 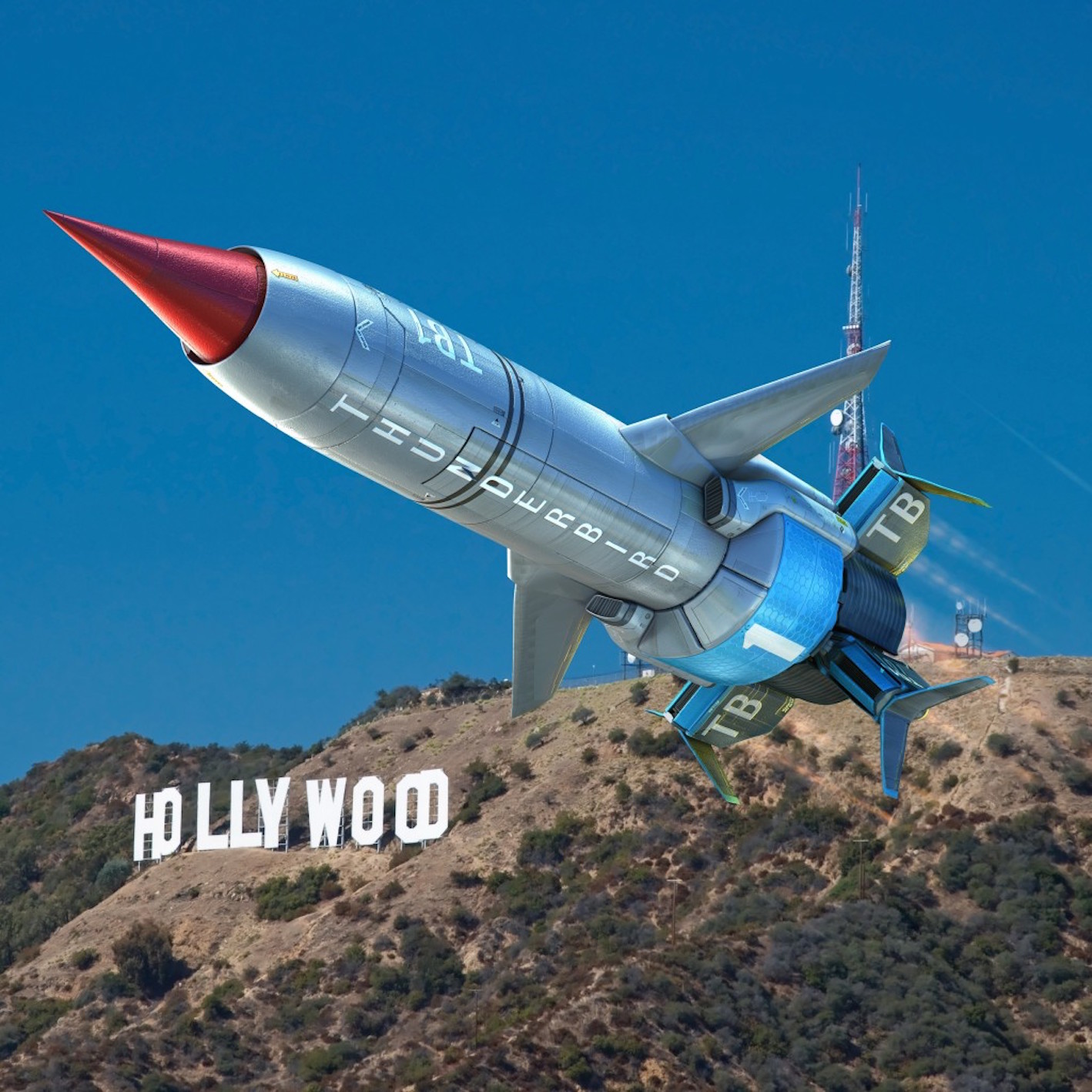