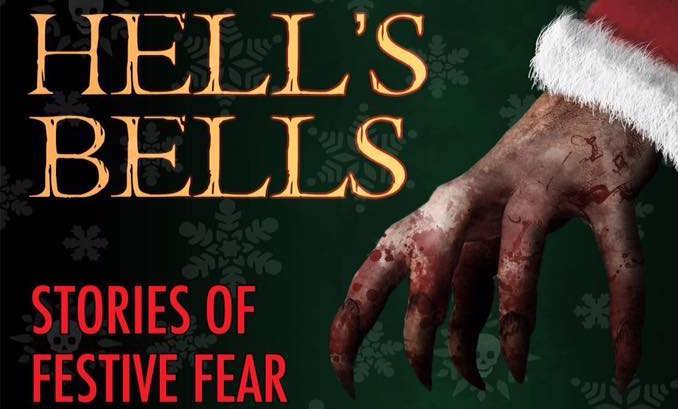 Hell’s Bells! Something Scary For Christmas

Sometimes it is easy to forget in the cheer and frivolity of the festive season, that celebrations at this time of year began as a way of warding off the evils of long, dark winters, where snow didn’t mean rosy cheeked children in bright swaddling building amusing carrot-nosed avatars, but rather a starveling death. Children didn’t gather around fires imagining avuncular giftbearers from afar. Instead they cowered, fearing a literal winter wolf, howling at the door.

That jolly fellow himself has his dark side, his scroll of judgement, where  in watchfulness he weighs the balance, and decides. When he enters your home in the dark of night, and you lay abed unable to prevent such incursion, the lump of coal he presents as a changeling for your hopes, a token of your misdeeds in it blackness leaves a mark quite indelible, the fire from which gives no comfort.

While a celebration to fend off the depths of winter may seem redundant in the blazing summer of southern climes, a season of heat has terrors enough, of fire, thirst, madness and starvation to leave the ribs bare.

Of course the Christian mythology of the season that for the most part celebrates life, has its own collection of grim appendices, such as jealous priest-kings commanding the slaughter of innocents. While both the commercial frenzy and the familial gathering of our modern celebration are situations fraught with the potential for humour, conflict and disaster.

Thus, there is a long tradition of Yuletide spirits and Christmas ghosts, from the demonic Krampus of Germanic folklore, Santa’s counterpart who beats delinquent children with sticks and chains and sends them to hell, or in Iceland where the children of Grýla, little elves with names like Spoon Licker, Door Slammer, Sausage Swiper, Door Sniffer, Meat Hook and Candle Beggar abduct children for their troll mother’s stew, to the no less fearful, but in the end redemptive ghosts of Dickens’ A Christmas Carol, the festive season is a favourite for spooks, terrors and haunts of all kinds. Indeed one suspects that the goblins of Halloween serving the wicked to their cloven-footed master, after resting as winter deepens, re-emerge employed as toymaking elves for another red-suited, fire-resistant chap, which could well be just some sort of disguise.

What better way to celebrate the true meaning of Christmas, than with a collection of vengeful, grim, ghastly, grasping and ghostly tales? Hell’s Bells: Stories of Festive Fear by members of the Australian Horror Writers Association features flash fiction by some of Australia’s best known and most talented authors of the horrific, the eerie and the fantastic, in carefully crafted morsel-sized chunks.

Flash fiction, in case you don’t know, is a form of very short story. As a contributor to the collection, I can tell you, a hard taskmaster it is. Not only do you have to write a tale with a beginning, middle and end, create settings and characters that live, build atmosphere, tension and put a twist in the end, you have to do so in under 500 words.

In Hell’s Bells: Tales Of Festive Fear you will find all sorts of Christmas ghosts. Revenants, revengers, sprites, ghouls and gargoyles, the frightening, the eerie, the sorrowful and the fantastic. So don’t be afraid. Dip in while you’re waiting for Santa, or perhaps for that other guy. Though after, you might just want to check the doors and windows, and think about whether, in an age of reverse cycle systems and central heating, you really need a yule log burning on an open fire… 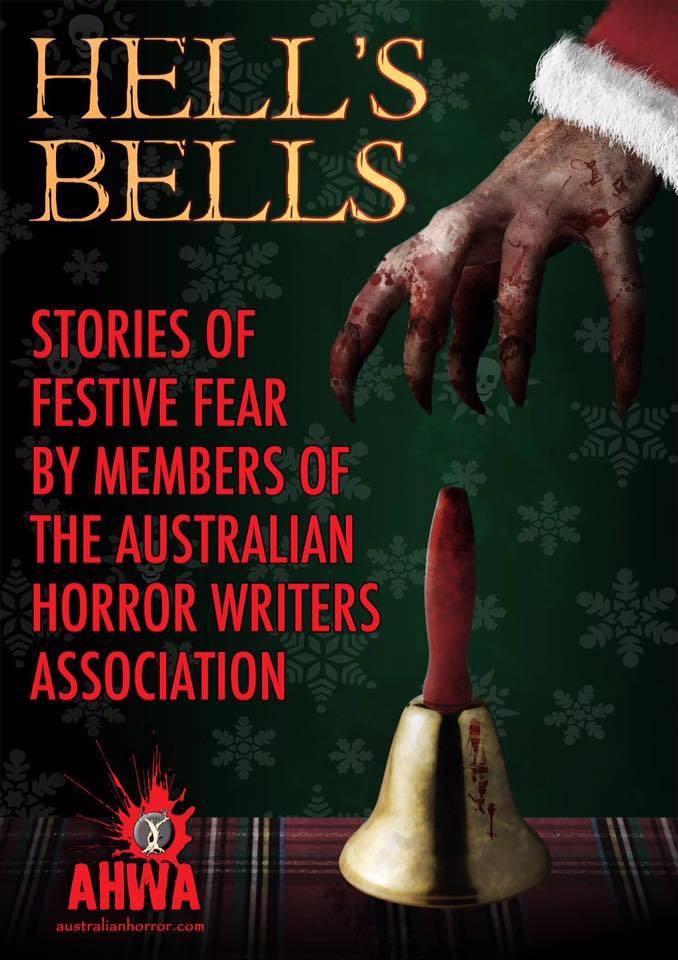