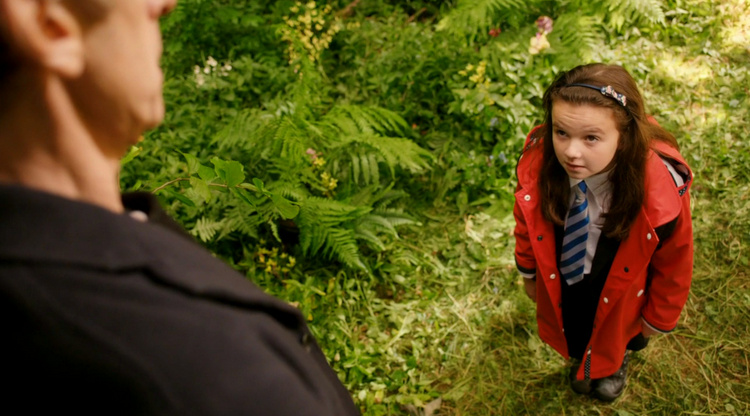 Admittedly In the Forest of the Night didn’t quite reach its destination at some points, some areas were left largely unresolved, but the overall charm of the episode, the stunning visuals and an adorable supporting cast plunged us straight into the pages of a children’s book. In the Forest of the Night , written by children’s fiction author and screenwriter Frank Cottrell-Boyce, referenced various classics, the Red Riding Hood opening, the Sleeping Beauty-esque moment of wondering how long they had been asleep, the Hansel and Gretel trail of breadcrumbs, and the fairy dust souls of the trees themselves. We’ve seen the depiction of the life-force of trees in The Doctor, The Widow and the Wardrobe with overt references to Narnia, and although the Androzani trees were slightly villainous we learn they only want to preserve their lives. Earlier fauna-monsters in Doctor Who have had slightly less subtle appearances (check out Doctor Who Extra) and were certainly villainous, but the New New Forest trees’ souls were visually similar the Androzani trees’, and strongly reminiscent of the Dryads in the Chronicles of Narnia. And as the trees of the New New Forest were not really villains at all and here to save the earth, who can resist a fairytale happy ending? 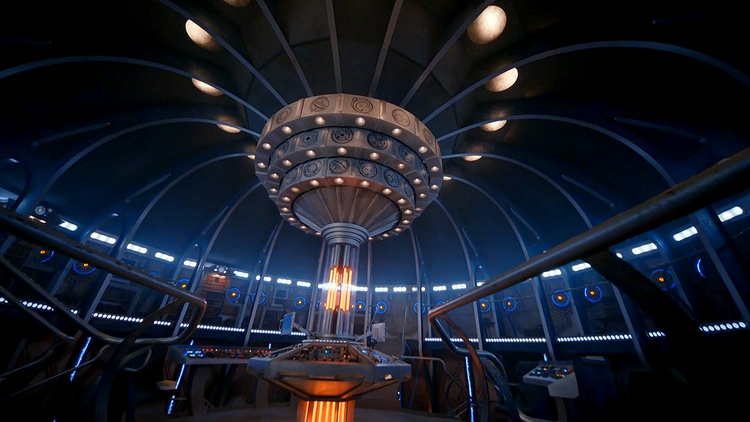 Sheree Folkson brought us a whole new look this week. Folkson captured much of the episode through the eyes of the characters. There was much perspective from a child-sized point of view (here Maebh is encountering the interior of the TARDIS for the first time), some spectacularly funny moments from the Doctor’s perspective – his panicked inspection of the Coal Hill Class in his search for Maebh, the nonplussed expressions of the children as he informs them that the trees are trying to save the earth from a solar flare that will wipe it out. And while we know how enormous the TARDIS is, we rarely get to see it. Just seeing the control room from a child’s perspective and taking a short walk on the upper level gives it a depth we don’t usually encounter. 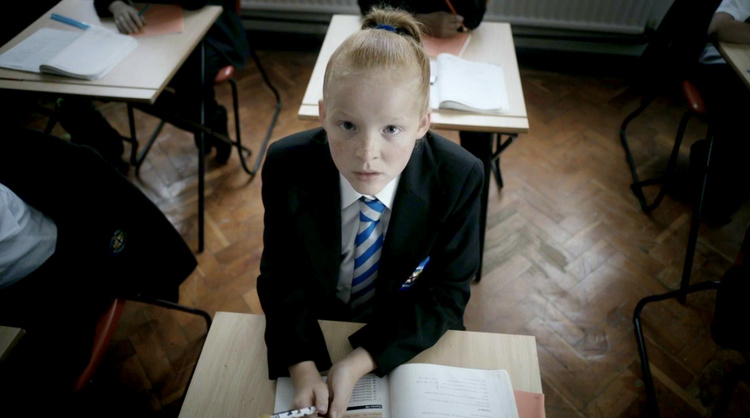 If there is one thing I have really enjoyed this season it is the eclectic guest characters, we’ve had Journey Blue, Robin Hood, Psi and Saiba, Rigsy, the indomitable Courtney and this week a whole class of misfits to keep us entertained. It’s a nice break from the Doctor/Companion formula and the Doctor having a slew of juvenile pudding-brains to deal with and their many and varied issues was delightful. Maebh may have stolen the show but Ruby was the comic star.

The Heart of the Forest 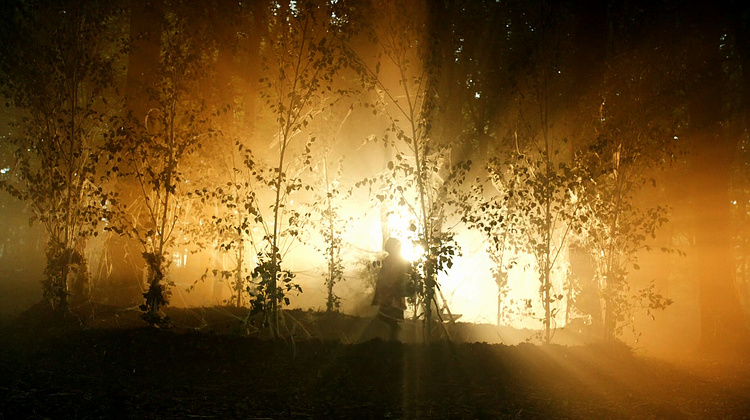 The source of magic, or the heart of it, is a very traditional fantasy element and Folkson captured it magnificently in this stunning shot.

We are the green shoots that grow between the cracks 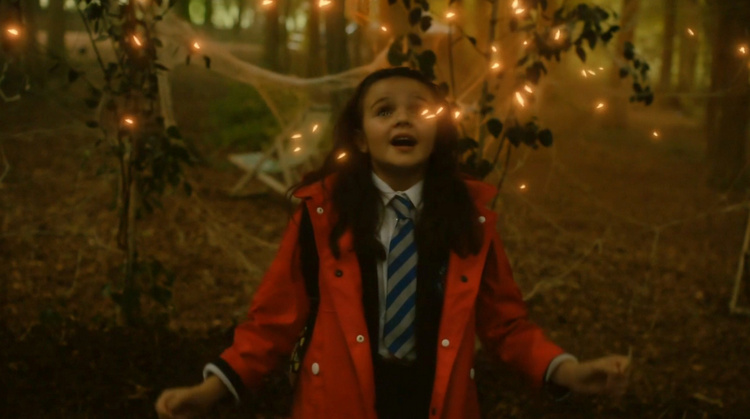 Although the overall perspective of the forest was one of wild growth and chaos, and the forest was full of young trees, the moment when the Doctor captured the souls of the trees and they spoke through Maebh alluded to something that still enchants children, young and old. The true majesty of nature and the awesome and all-encompassing presence of ancient things, which have a magic all their own.

This is my world too 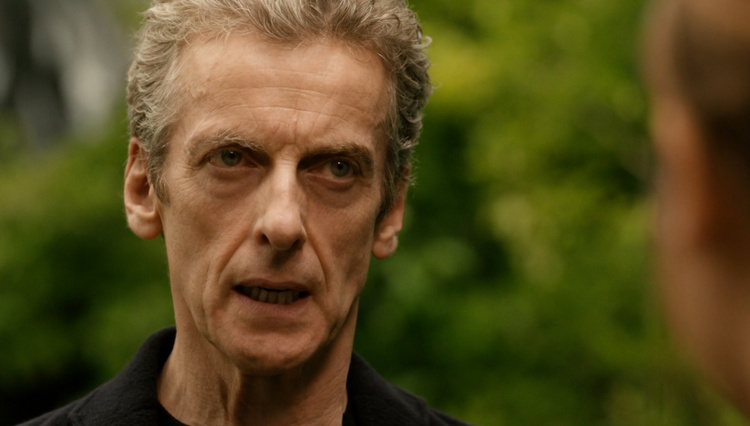 “I don’t want to be the last of my kind,” Clara tells the Doctor with her big sad eyes (for a seriously panicked moment I thought she was going to say she couldn’t live without P.E. Thank goodness.). Clara knows that the Doctor(s) managed to save Gallifrey and there is still some slim hope left that he may be able to bring it back one day, although the Doctor referenced being the last of his species earlier in the episode. And he still is in a sense. The interesting aspect of this poignant conversation is that Clara is ready to lose her life when she knows the Doctor can save her, and wants to save as many as he can. Or was she? Was Clara envisioning a future where her life had become exactly like the Doctor’s life? Or was she already regretting her decision not to accept his help? Earlier in the episode Clara kept going into time-traveller-mystery-solving mode rather than thinking of the children. So what does Clara really want?

The Doctor of course assures us that this is his world too. And we knew he’s be back in a moment. 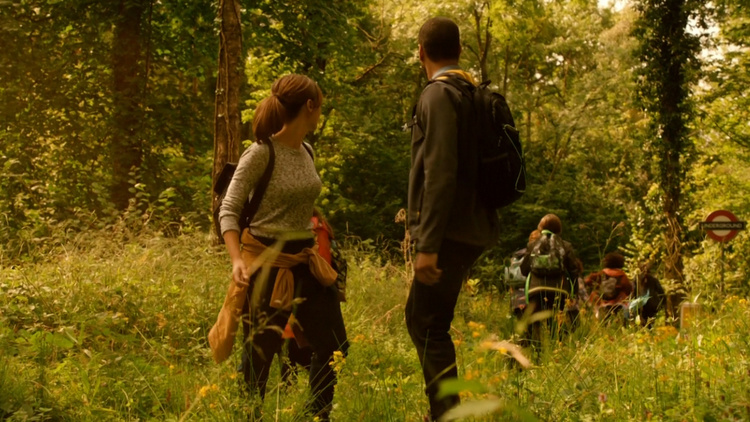 That’s some clever children, bolting immediately back to the Doctor when he calls them. “Good girl!” the Doctor encourages Maebh as they abandon their teachers. Good children.

The trees are your shield 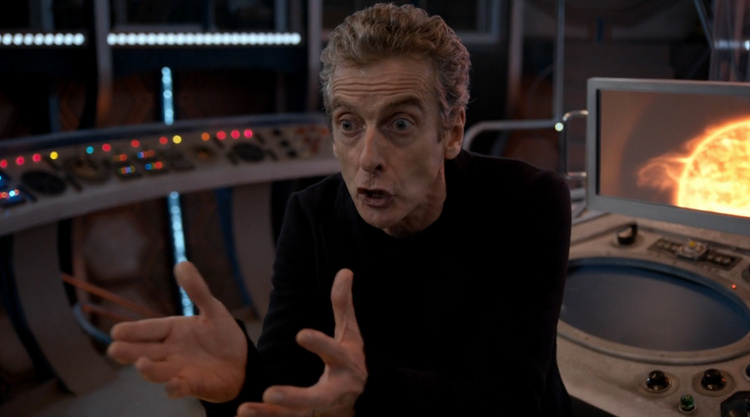 Even though at this point we discover that events would have unfolded exactly as planned by the trees anyway and that the Doctor didn’t actually need to save the world, I always enjoy the villain-who-is-not-really-a-villain.

Class Project “Save the World” 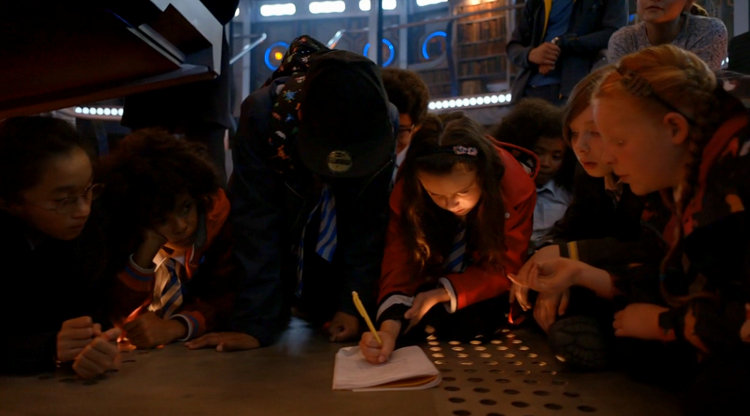 Despite his feeble protests earlier this season we know the Doctor loves making people feel special. 900 years of time and space and I’ve never met anyone who wasn’t important.

Spoilers for Dark Water – if you haven’t seen the preview

The End is Nigh 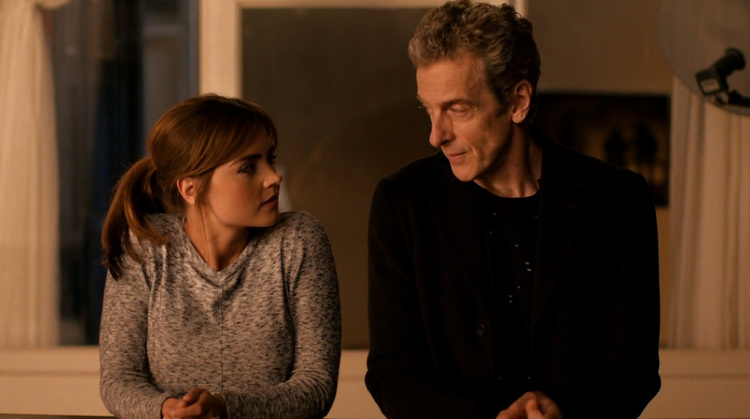 Admittedly it’s been pretty exhausting following an extremely changeable Clara’s emotional journey this season. We’re now leading into the two-part finale, with Missy making another ominous appearance at the end of In the Forest of the Night. Next week it it insinuated that Clara has turned on the Doctor and Missy has somehow been controlling her all along. Clara Oswald has never existed. Or so it would appear. I am actually leaning towards Missy having ‘chosen’ Clara to be a vessel for Missy to attack the Doctor. I’m not sure we know if Missy is actually alive in a flesh-and-blood sense, being the Gatekeeper of the Nethersphere, she may actually be a soul without a body.

Aside from the great Missy showdown, we’re also heading towards an emotional decision for Clara. Jenna Coleman promised a big surprise and Samuel Anderson said that Danny Pink has been immortalised. A couple of episodes ago we were all assuming Clara, like the Ponds before her, would give up her adventures in time and space and settle down to start a family. However she could not bring herself to leave her other life and she has been lying to Danny about it. And after an emotional moment between the two (where P.E. proved he still has no imagination) Clara left Danny to his own devices and took off with the Doctor to see the solar flare. Perhaps Clara is going to realise her and Danny are not suited after all. Remember 101 Places To See from The Bells of Saint John?

It seems a bit too obvious that Clara would simply finish her story now. Of course we have the Orson Pink dilemma. We’ve seen Clara and Danny’s future already. What could drive them apart now? Danny trapped in a parallel universe? Okay that was wishful thinking. But it’s plausible.