It’s an unforgettable moment. Elizabeth Bennet, having recently rejected a marriage proposal from Darcy for his prideful and highhanded ways, but having come to the realization that because of her own assumptions she may have misjudged him, is travelling with her aunt and uncle through the wild and windswept Derbyshire countryside, near Darcy’s family manse, Pemberley. Darcy, she believes, will be marrying his cousin to whom he has been long betrothed, the insipid daughter of the ridiculously pompous Lady Catherine de Bourgh.

Thinking Darcy is away, out of curiosity Elizabeth agrees to tour the great and historical mansion. As they wend through the wood and wilderness of the grounds Elizabeth is moved to admiration, and on seeing Pemberley for the first time, grand, elegant, stately, seated high on the opposite side of a valley, “Elizabeth was delighted. She had never seen a place for which nature had done more, or where natural beauty had been so little counteracted by an awkward taste. They were all of them warm in their admiration; and at that moment she felt that to be mistress of Pemberley might be something!” (Jane Austen – 1813 – Pride and Prejudice).

In the unmatched 1995 BBC TV dramatization, Jennifer Ehle as Lizzie sighs most gorgeously upon emerging from the woods, and realizes with some little wistfulness, some regret, and some humour, that perhaps she could have indeed loved Darcy. Asked by her aunt how she likes the house, she replies in admiration, “I don’t think I’ve ever seen a place so happily situated. I like it very well indeed.”

In the greatest romance of the 19th century Elizabeth Bennet became mistress of Pemberley through her unpretentious charm, her clever and spirited wit, her great heart, and perhaps also a pair of particularly fine and lively eyes. Now you can become mistress of Pemberley for a mere £7 million (around US$11 million) which is a mere bauble in comparison.

In the TV series, Lyme Park, Cheshire stood in for Pemberley. Wentworth Woodhouse near Rotherham, South Yorkshire, on which Jane Austen’s Pemberley was based is about 10 times the size of that grand building. It is twice the size of Buckingham Palace. With over 5 miles of corridors, 365 rooms, and a 606 foot facade, it is the largest privately owned grand home in England. It sits in a 180 acre park, its grounds (now owned seperately) covered 15,000 acres. Begun in the 18th century by Thomas Watson-Wentworth, 1st Marquess of Rockingham, in its heyday it was a center of political power. His son the the 2nd Marquess, Charles Watson-Wentworth, who was an important figure in Whig politics and Prime Minister twice in the latter part of the 19th century, expanded vastly on the building. His heir, nephew William Wentworth-Fitzwilliam, 4th Earl Fitzwilliam was another prominent Whig – the conservative progressives influenced by many of the ideas of the Enlightenment whom we might now call liberals, and became the wealthiest landowner in Britain. Including Wentworth Woodhouse, and estates in the North of Yorkshire as well as Ireland, Fitzwilliam owned nearly 100,000 acres of farm and woodland, producing an income of over £60,000 per year. Added to this the profits from his collieries, both heating the nation and feeding the ever burgeoning industrial revolution, he calculated his income at £115,000 in 1827.

Austen’s Fitzwilliam Darcy was undoubtedly influenced by the figure of the 4th Earl Fitzwilliam, despite being a great landowner, leading the life of a lord and grand country gentleman, hunting, horse breeding and racing, and sometimes given to a prideful gesture, (for instance, according to Thomas Creevey MP, when the Duke of Doncaster showed up at the Doncaster Races with a coach and six, and twelve outriders, matching Fitzwilliam’s, he turned up the next day with two coaches and six, and sixteen outriders) he nevertheless in times of hardship was known to reduce rents and cancel arrears, supplied his tenants with inexpensive food, gave alms for the poor and free coal and blankets for the elderly, as well as supporting Friendly Societies, so the poor could save and improve themselves.

A manor the size of Wentworth Woodhouse employed over 1000 peasants, servants and tenants, but the Fitzwilliams kept their reputation as good masters right up until the mid 20th century. The post-war British government nationalized coal mines, and in what is often considered a deliberate attack on Britain’s wealthy land and mine owning aristocracy, drove a column of lorries and heavy machinery onto the grounds and dug the biggest open cut mining site in the land. Historic formal gardens, lawns, woods and stands of ancient trees were indiscriminately torn up. Mounds of debris were piled overshadowing the house. The government declared the mining would continue to the back door of Wentworth if necessary to fuel the country’s post-war austerity economy.

The Fitzwilliams, in an industry often known for the exploitation of workers, were respected employers, and even the local mining union came out in support of Wentworth, threatening to strike to urge the government to stop the destruction. To no avail. Taxation and the nationalization of coal mines greatly reduced the wealth of the Fitzwilliam family in the post war years. A deal was made with the local council that saw a large part of Wentworth Woodhouse used as a college, with a wing of 40 rooms retained for the family. Maintenance costs proved prohibitive, when the college chose not to renew the lease in 1988, the grand old house, now in a state of disrepair, was sold.

It has since then passed through a number of hands, and was bought for as little as £1.5 million in 1999 by local architect Clifford Newbold. Newbold began a program of restoration and repair, and also rented the property out for everything from weddings to bar mitzvahs, as well as a location for numerous films and TV period dramas.

Wentworth Woodhouse is on the market for around £7 million. It has been estimated that it requires £40 million in repairs. In 2012 the owners made a claim for £100 million against the Coal Authority to address remedial repairs, subsidence caused by the mining that occurred in the 40s and early 50s has apparently undermined the foundations.

From inspiring one great romance of the 19th century the story of Wentworth Woodhouse seems to be ending in a fashion reminiscent of an all too grimmer one, Edgar Allan Poe’s The Fall Of The House Of Usher. Crumbling in to a black pit, while above in the artificial facades of rooms prettied for the sets of TV dramas, the sounds of raucous wedding parties echo. The rest crumbles. It’s the story of an agrarian idyll and a post industrial nightmare. In the middle we can enjoy a cosseted and self-satisfied noblesse oblige, and switch on Downton Abbey. Fueled by coal and an imperious, imaginary twinkle lighting the gaze of fine laughing eyes. 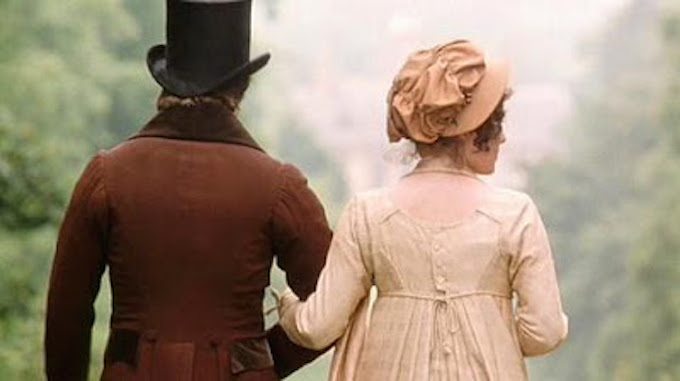