The Sleeping Beauty, the Prince and the Ogre Queen 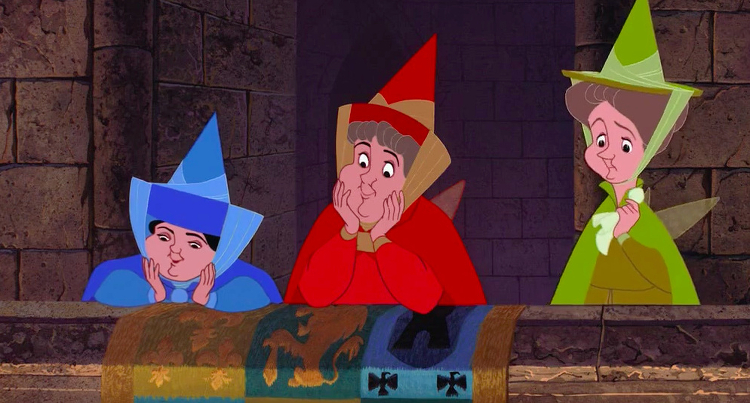 Thelingering image of Walt Disney’s 1959 Sleeping Beauty is of happily ever after. It is a perfect romance, the peasant girl and the prince who fall madly in love at first sight. The Prince must overcome great odds to save his true love’s life. And then they find they were meant for each other all along. “I just love happy endings”, sighed Fauna the fairy as Princess Aurora and Prince Philip float magically across the ballroom. Walt Disney’s Sleeping Beauty was adapted using elements from both the Charles Perrault and the Brothers Grimm versions of the folk tale. With typical Disney charm it was decreed Aurora might be wakened by ‘true love’s first kiss’, continuing what would become a tradition in Disney Princess stories. Prince Phillip slays an evil sorceress, wakens his love with a kiss, and they dance off into the stars. We are not to be troubled by later tales of their domestic life. But, in typical fairy tale fashion, the history of The Sleeping Beauty is blighted with rape, treachery and cannibalism.

“Be not troubled, noble knight.
If you’ve the valour
To enter the tower
Where that noble-hearted beauty
Lies still as stone,
When you pluck from the slit
The fruit that holds the cure,
The girl will be healed.”

The earliest recorded version of the Sleeping Beauty tale is from the 14th century Arthurian romance Perceforest. This tale focuses more on the hero, Troylus, than it does on the heroine, Zellandine. Troylus learns that his true love Zellandine has been struck down with a mysterious illness. When, after many trials, he finally reaches her, the Goddess Venus recites this racy poem to him. The naive Troylus appeals to Venus to show him where the slit is, so that he can pluck the fruit. True love’s first kiss fails as Troylus tries kissing Zellandine to wake her, repeatedly, but she remains in a deep sleep. Venus becomes frustrated with Troylus’s honourable refusal to violate Zellandine while she is unconscious.

“What a coward you are, knight! You’re all alone with this beautiful girl, the one you love above all others, and you don’t lie with her!’
He considered these words and decided to act on them. With Venus’s flame firing his heart, he felt inspired to throw off his clothes. But Propriety, directed by the god of Love, told him it would be a betrayal to do this: no true lover would harm his beloved. Troylus had second thoughts; and when Venus saw him demur she was more than disappointed with him, and lit her torch and set him so aflame that he was nearly driven wild by the heat. ”

You may be wondering why Venus would be so intent on Troylus raping the unconscious Zellandine. Nine months later Zellandine gives birth to Troylus’s son while still unconscious. Unable to suckle milk from her breasts, the infant sucks Zellandine’s fingers and dislodges the cursed piece of flax that struck her down. For her part, Zellandine is not unmoved when she awakens and learns she has given birth, and she “began to weep, unaware that any man had had dealings with her body.” 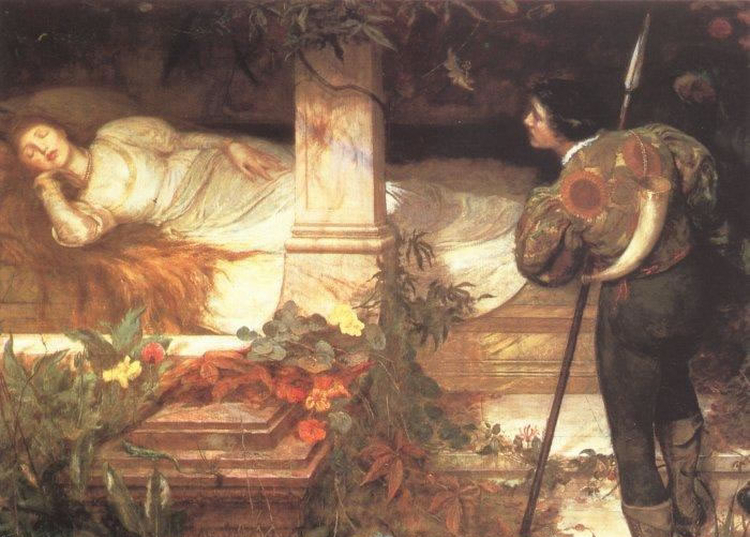 Giambattista Basile’s Sun, Moon and Talia, published posthumously in The Pentameronen in 1634, was not quite so generous to its’ hero. There is no mischievous goddess to inflame his desires, or explain his appalling rape and abandonment of an unconscious girl. When the unnamed king sees Talia, “he beheld her charms and felt his blood course hotly through his veins. He lifted her in his arms, and carried her to a bed, where he gathered the first fruits of love.” Talia gives birth to twins. The King remembers her some time later and decides he might go and violate her again, but finds her with two beautiful children and is enchanted. He continues to visit her and deceives his wife by telling her he is on hunting trips. When the Queen learns of his adultery she goes mad with jealousy and sets out to murder Talia and her children. “With a heart of Medea” she attempts to have the infants murdered, cooked, and fed to the king. The wicked Queen is condemned to the fire she had built to cook Talia, and thus the king is conveniently rid of his older and less satisfying wife.

Charles Perrault’s The Sleeping Beauty in the Wood followed in 1697. Perrault retained the main elements of the previous two stories. Perceforest tells of the goddess Themis who curses Zellandine at the celebration on the day of her birth, after finding herself without a knife for her food. Sun, Moon and Talia merely has wise men and astrologers predicting that Talia would “incur great danger from a splinter of flax”. Perrault, in his usual whimsical fashion, decided on seven fairies.

“When the christening ceremony was over, all the company returned to the king’s palace, where a great banquet was held in honor of the fairies. Places were laid for them in magnificent style, and before each was placed a solid gold casket containing a spoon, fork, and knife of fine gold, set with diamonds and rubies. But just as all were sitting down to table an aged fairy was seen to enter, whom no one had thought to invite—the reason being that for more than fifty years she had never quitted the tower in which she lived, and people had supposed her to be dead or bewitched.
By the king’s orders a place was laid for her, but it was impossible to give her a golden casket like the others, for only seven had been made for the seven fairies. The old creature believed that she was intentionally slighted, and muttered threats between her teeth.”

The aged fairy, of course, curses the princess to prick her finger on a spindle and die of it. A young fairy, who has hidden behind a curtain lest the aged fairy make mischief, was unable to undo the spell, but proclaims that “instead of dying she shall merely fall into a profound slumber that will last a hundred years. At the end of that time a king’s son shall come to awaken her.” 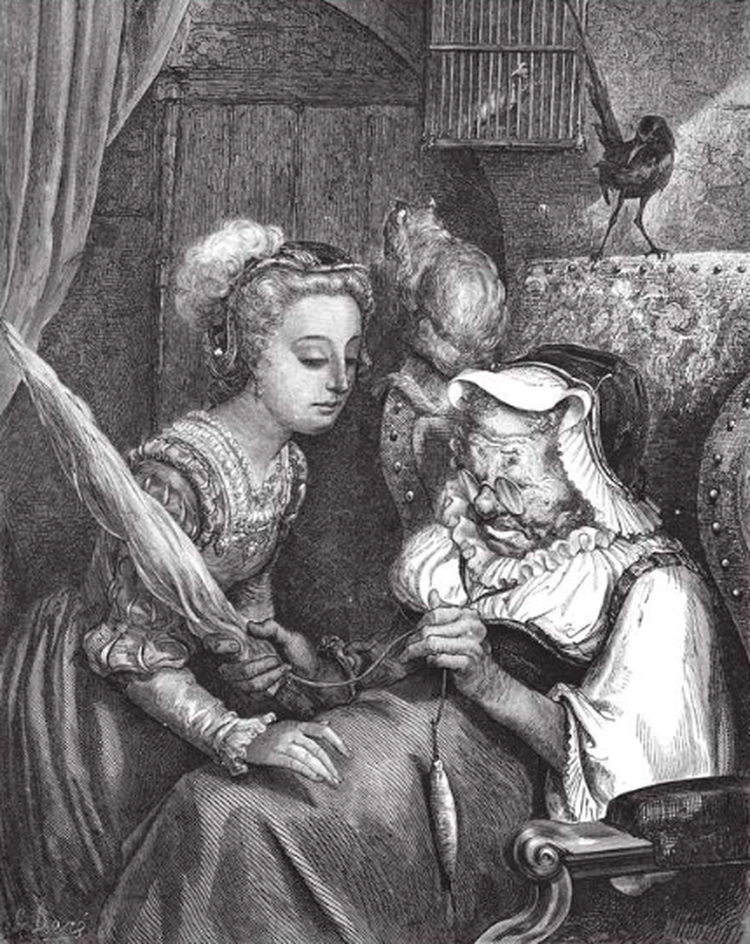 Most of Perrualt’s version is recognisable up until a point. Disney borrowed heavily from the early part of Perrualt’s story, albeit fleshing out the ‘bad fairy’ role admirably with Maleficent. When the princess falls into her cursed sleep, the fairies put everyone in the palace to sleep, as Perrault’s good fairy did.

Perrault’s good fairy had a rather spectacular journey back to the palace.

“When the accident happened to the princess, the good fairy who had saved her life by condemning her to sleep a hundred years was in the kingdom of Mataquin, twelve thousand leagues away. She was instantly warned of it, however, by a little dwarf who had a pair of seven-league boots, which are boots that enable one to cover seven leagues at a single step. The fairy set off at once, and within an hour her chariot of fire, drawn by dragons, was seen approaching.”

The good fairy decides to put everyone in the castle to sleep so the princess should not be afraid when she awakens. The king and queen are the only people to leave the palace. They bid farewell to their daughter and left her and the inhabitants of the palace to dream for one hundred years, proclaiming the entrance to the palace forbidden. True love’s first kiss would be no use until the one hundred year slumber is over. 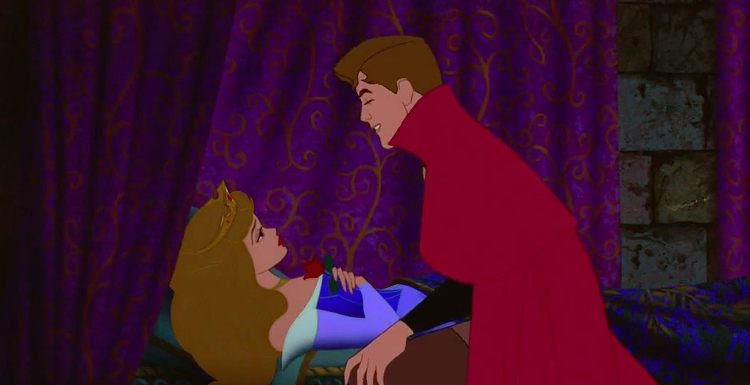 Named after Prince Philip, Duke of Edinburgh, Prince Phillip was the first Disney prince to have a name.

Perrault’s prince is rather more gentlemanly than his predecessors. When he is told the story of Sleeping Beauty after seeing the bramble-covered castle in the distance he “jumped immediately to the conclusion that it was for him to see so gay an adventure through, and impelled alike by the wish for love and glory, he resolved to set about it on the spot.”

When he happens upon the Princess, rather than touch her, Perrault’s prince falls to his knees in admiration. At that very moment the princess awakens and smiles, telling him that he has been long in coming. They are married just after supper. The Brothers Grimm version, Briar Rose, ends soon after the prince awakens the princess after kissing her. They marry immediately and the tale ends. 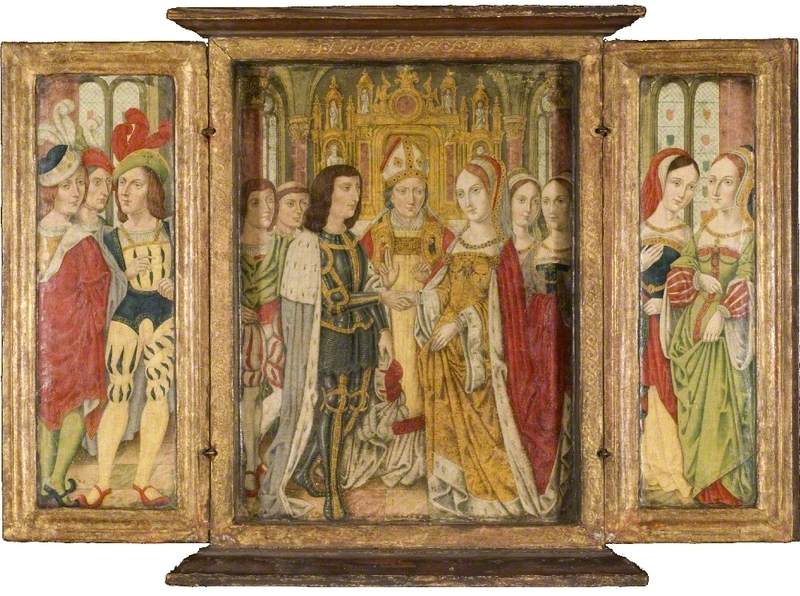 King Edward IV concealed his marriage to Elizabeth Wydeville from the nobility and claimed he had been on a hunting trip when the wedding took place.

Perrualt’s The Sleeping Beauty in the Wood does not end at the wedding. It delves into the prince and princesses’ married life. The prince does not inform his parents of his good news immediately, and conceals his visits to his new wife by telling everyone he has gone hunting. The prince is afraid of his mother, “Despite the affection which he bore her…for she came of a race of ogres, and the king had only married her for her wealth. It was whispered at the Court that she had ogrish instincts, and that when little children were near her she had the greatest difficulty in the world to keep herself from pouncing on them.” 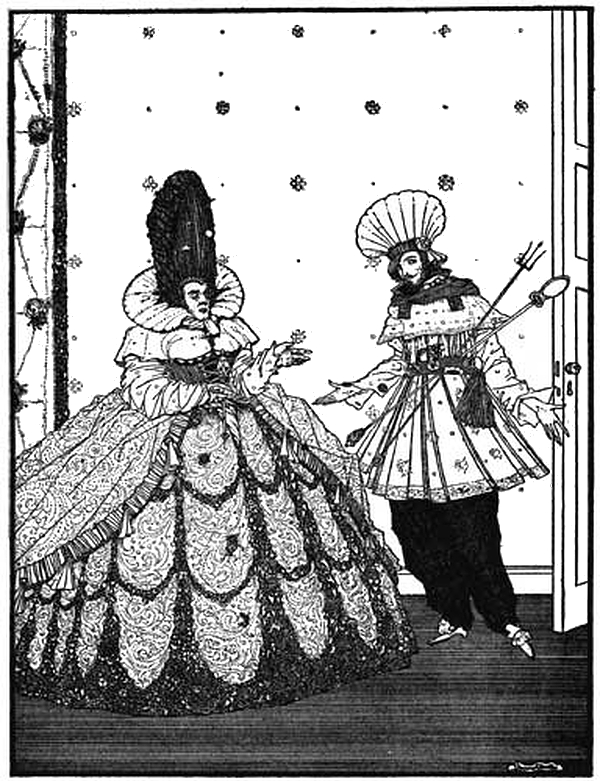 However, the old king dies two years later and the prince publicly announces his marriage, bringing his young wife and children, Dawn and Day, to live with him. But soon after he is called away to war, and the Queen Mother starts craving the flesh of her grandchildren. She sends her daughter-in-law and the two children to a country mansion in the forest and then, a few days later, instructs her steward to kill Dawn and serve her up with piquant sauce. The steward manages to trick the Queen Mother, or the ‘wicked queen’ as Perrault calls her, by slaughtering a lamb. She then demands he cook Day, so he slaughters a young kid. The steward continues to outwit her and hides the children and the young Queen at his house. The wicked Queen’s treachery is uncovered and she falls into a vat of vipers.

“The king could not but be sorry, for after all she was his mother; but it was not long before he found ample consolation in his beautiful wife and children.”

The last half of Perrault’s version of the tale appears in a fragment in the first edition of the Brothers Grimm Kinder– und Hausmärchen (Children’s and Household Tales), titled The Mother-in-Law, with some slight variations. The second edition was heavily revised, as the original stories had been criticised as being too scary for children. The Mother-in-Law was removed from the next edition of Kinder– und Hausmärchen, and was later re-titled The Wicked Stepmother. Why a step-mother? Various mothers featured in the original tales, such as Snow White, Mother Holle, Hansel and Gretel, as the villain. The Brothers Grimm decided to protect the image of mother. They began to introduce various characters, witches, cooks and step-mothers, as the villains. For what child wants to imagine their granny is an ogre and wants to eat them? Thus the Grimm wicked step-mother was born. 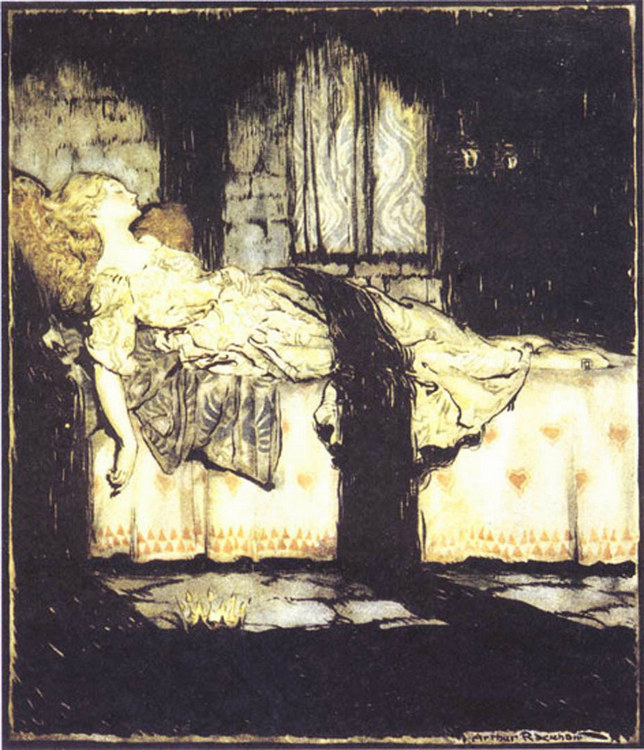