Notoriously irascible, the artist known only as Mr Squiggle shares more than his reputation as a “lady’s man” with Pablo Picasso. Squiggle’s technique results in bold lines and yet speaks of an ephemeral mystery. There is something to be discovered here as the eye and the implement progress. Both artists’ work hark back to the primitivism of childhood, the naiveté of the Neolithic.
There is something utterly unreconstructed, a blatant Oedipal neurosis, in the artist’s use of a female assistant to both hold his hand and feed his easel, while the thing itself, a symbol of a  disagreeable, impatient, pedagogy, accompanied by a counterfoil, a wise-cracking, steam snorting, piece of machinery, introduces an element of class struggle, the temperamental, untempered, temporary, against base polluted industrialization, the fleeting aesthetic, the romantic, the moon-struck, railing against the implacability of the progress of dark Satanic mills. Amid these tensions the whole process of creation, on camera, exposure, as with Dali or Warhol, the cult of personality, elevates the act of art to performance. Art is itself art.
Unlike Picasso, Dali, Warhol, and countless exhibitionist modernes, here there is also a dichotomy between the public performance and the hidden self. Secretive beyond convention, this artist’s drawings employ his nose. We must assume a visual pun. Nose, knows, gnosis. The pencil as prosthetic takes the notion of the inseparability of the artist from his medium to a previously uncontemplated degree.
Whereas Picasso’s alien geometries emerge from the untold landscapes and pared symbols at the ancient heart, Squiggle’s come from further afield. Squiggle claims boldly his perspective upon the Earth is derived from where he wanders upon the Moon.
The metaphor is as old as art itself; to truly see, we must view from a distance that unveils all our preconceptions, and discards them as the mere placards on which we scrawl the protests by which we define the external in order to guard our selves.

When proboscis becomes stylus, when an anchorite devolves from moonfastness to draw from childhood’s unformed scatterings, connections, when perspective becomes of time, rather than distance, of mind rather than elaboration, when puppet is artist, the ridiculous becomes sublime, and vice versa.

When we truly reveal the hidden self, outside the shell, the dark side, the bright face, the merest scrawl becomes an emblazon. 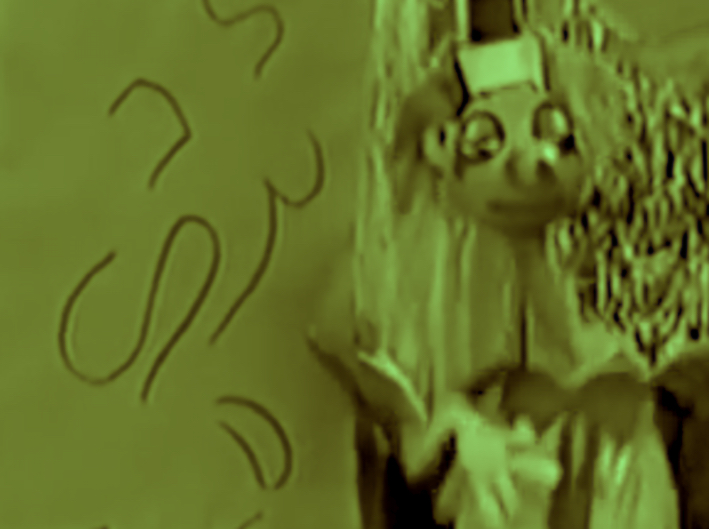 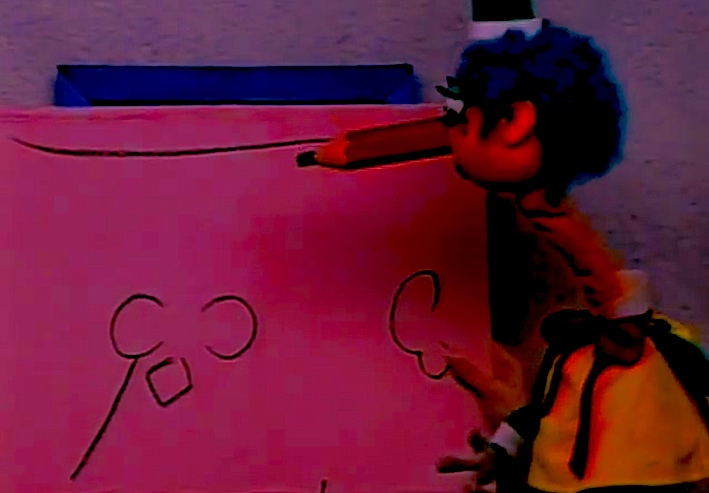 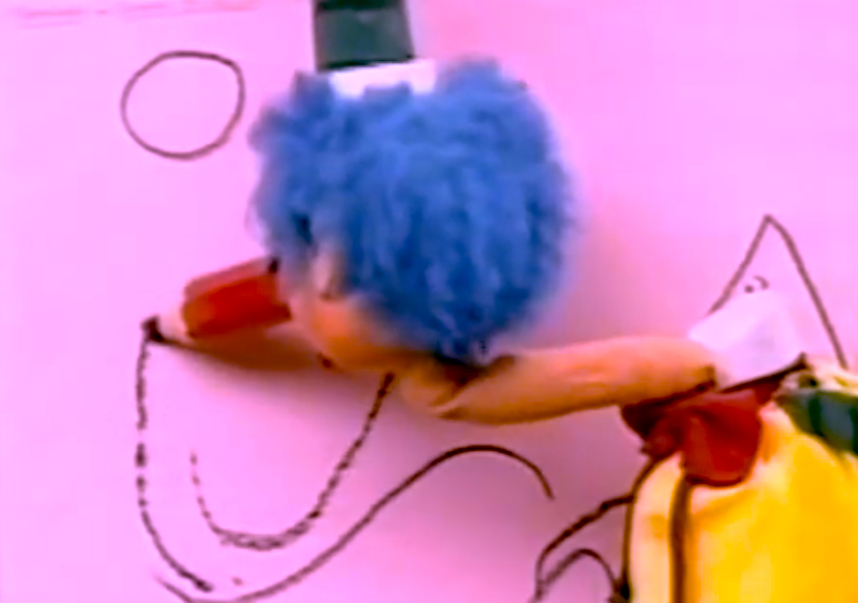 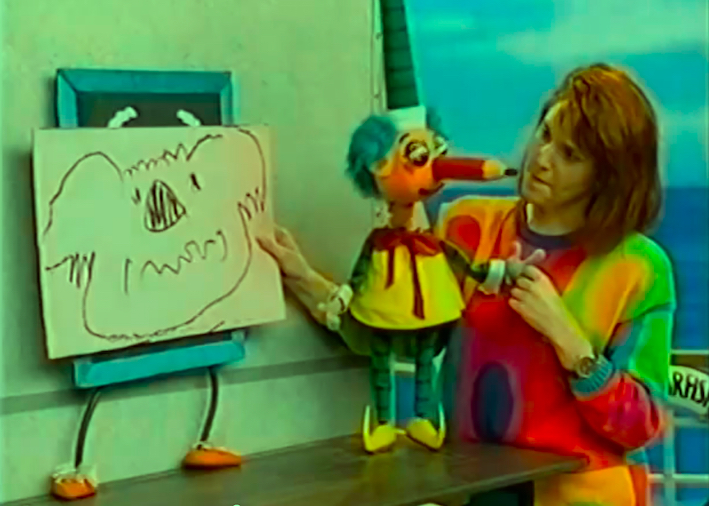 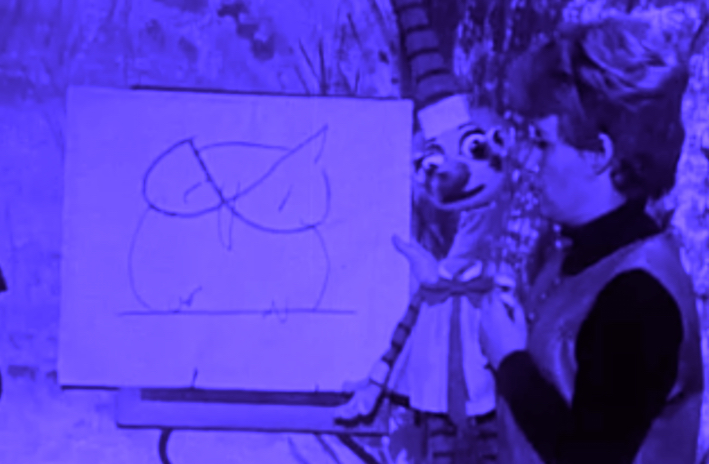 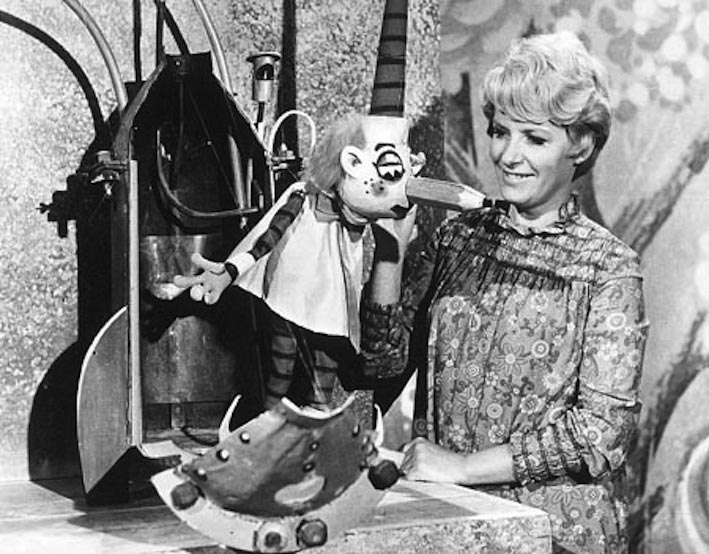 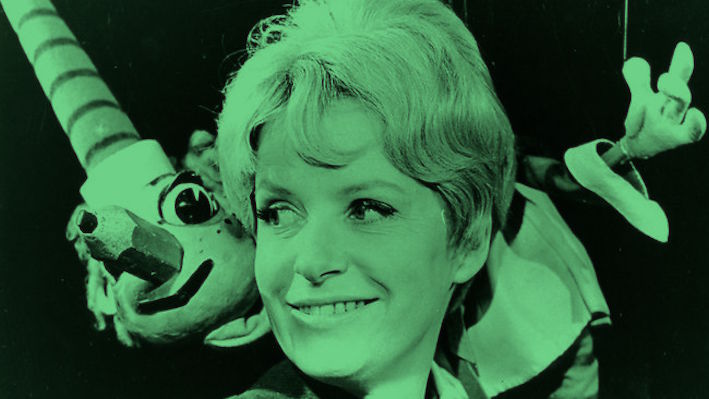 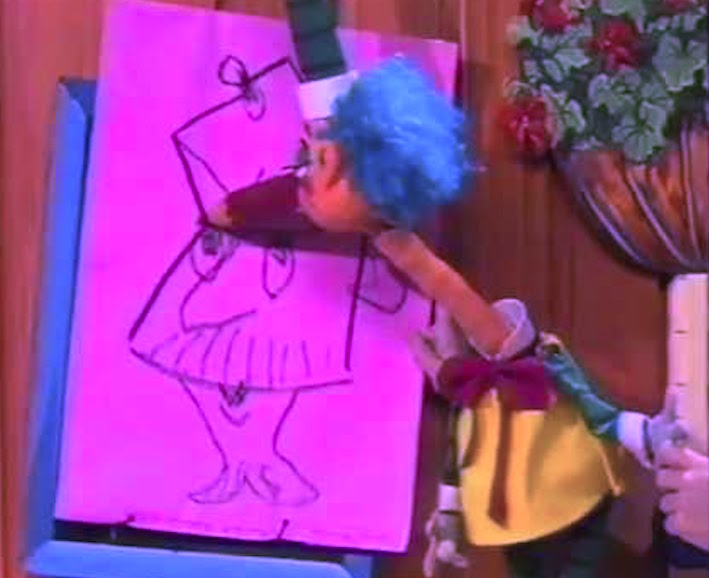 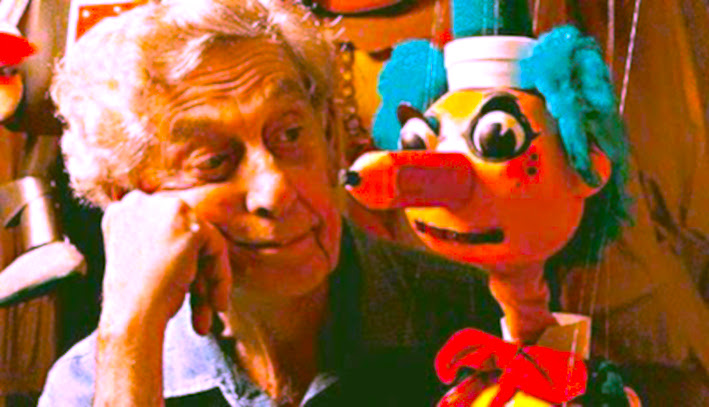 Mr Squiggle, created by puppeteer Norman Heatherington and scripted by his wife Margaret, began broadcasting in 1959 and ran until 1999. You can see and read here for more about the iconic pencil nosed puppet.