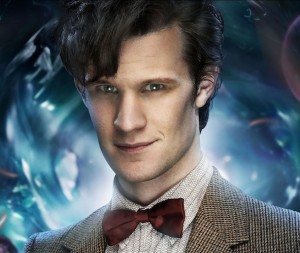 The Doctor Is Dead, Long Live The Doctor!

The BBC have announced that on the 25th of December, 2013, the Eleventh incarnation of the Doctor will be no more. The new Doctor will be Peter Capaldi.

Matt Smith’s Doctor has charmed us. Frolicking before friend and foe, twirling around the TARDIS, dancing in the face of destiny, his whole geeky bow-tiedness, has been endearing.

Christopher Eccleston’s ninth Doctor brought a rough and readiness to the Doctor, David Tennant’s tenth a dashing enthusiasm. Matt Smith’s eleventh brought a little from both, a cheekiness, a recklessness, a mad cap zeal. Manic, spontaneous and garrulous, he was a Peter Panish prankster, his crease-browed face both care worn and timeless, yet when the earnest, boyish mask slipped he was ruthless, cunning, cryptic and ingenuous. He has wiped out entire civilizations to save the universe. The choices have weighed heavy.

He crowd-sourced The Silence out of existence, defeated Daleks, eliminated Angels. He was the toyboy of the gorgeous River Song, while leading the Girl Who Waited and cohorts on many manic adventures. He flirted with death, destruction, River Song, Amy Pond, The Impossible Girl, even the embodied TARDIS, they have all, in many ways, been his mother. He is the nine hundred year old boy who never grew up, and has lead us all a merry dance. We tip our hats to you. We can accept bow-ties, but Fez’s will never be cool. 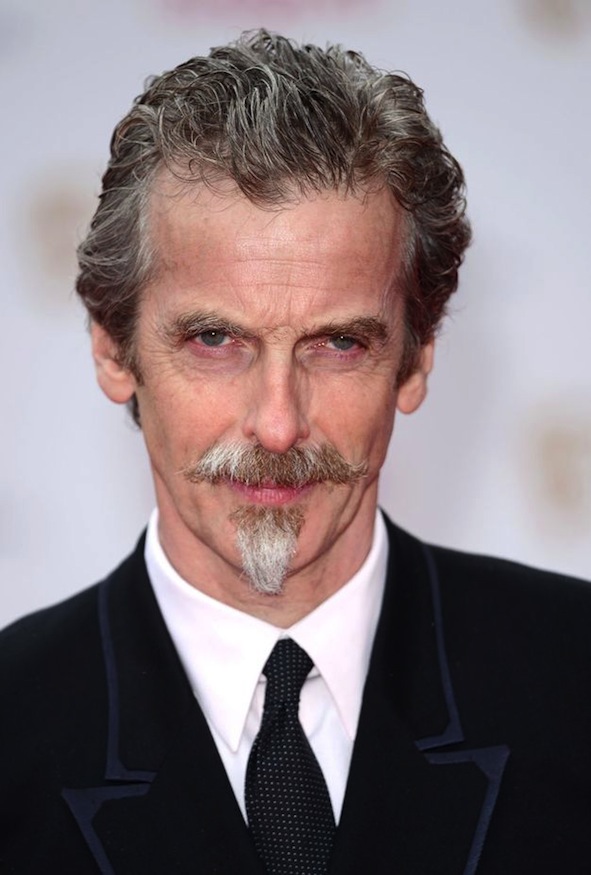 The 12th Doctor, Peter Capaldi, is older, and carries a certain Scottish dignity. What he may bring to the role we can only speculate. He has big and busy shoes to fill. If he can bring half the energy, the humour, the charm of Matt Smith to the role, perhaps with a little more intensity, he will be off to a good start.

He is perhaps best known for his role as foul-mouthed spin doctor Malcolm Tucker, in the British political satire series, The Thick Of It, and its sequel In The Loop. As a student in the early 80s he was in a punk band, Dreamboys, with comedian Craig Ferguson. Since then he has been a stalwart British character actor, appearing in films including Local Hero, The Lair Of The White Worm, Dangerous Liaisons, and on TV in everything from Prime Suspect to The Vicar Of Dibley, The History Of Tom Jones, A Foundling to Midsomer Murders and Foyle’s War.

A life-long Doctor Who fan, he has said of the role, on the BBC’s special announcement program aired world wide on the 5th of August 2013, “I think Doctor Who is an extraordinary show, and the thing that strikes me about it, that it’s still here after all this time, and the reason that it’s still here is because of the work of all the writers, the directors and producers, the work of all the actors, not just the fabulous actors that have played the Doctor, but also those actors that have sweated inside rubber monster costumes and those that have had to wear futuristic lurex catsuits, but the real reason, the big reason that Doctor Who is still with us is because of every single viewer who ever turned on to watch the show, at any age, at any time in its history, and in their history, they took it into their heart, because Doctor Who belongs to all of us, everyone made Doctor Who.”

Some fans have complained about the early announcement of Matt Smith’s departure, and his replacement, preferring to be surprised. However, as Matt Smith said in the same show, when he took over the role from David Tennant, there was a backlash from die-hard Tennant fans. When the 7th Doctor, Sylvester McCoy took the role in 1988, the fan reaction was so negative, it proved to be the original show’s final season. Today’s fans love McCoy’s quirky, eccentric Doctor.

Today with an almost instantaneous reaction through social media, a negative reaction could amplify like a tidal wave. By introducing, managing, debating over the next six months until the Twelfth Doctor’s first appearance, the show’s producers can both encourage debate, build interest, and diffuse any negative reaction.

We all loved Matt Smith, but we have a feeling it’s time the Doctor grew up again. Peter Capaldi should bring an intensity, a purpose and a piercing intelligence to the role.