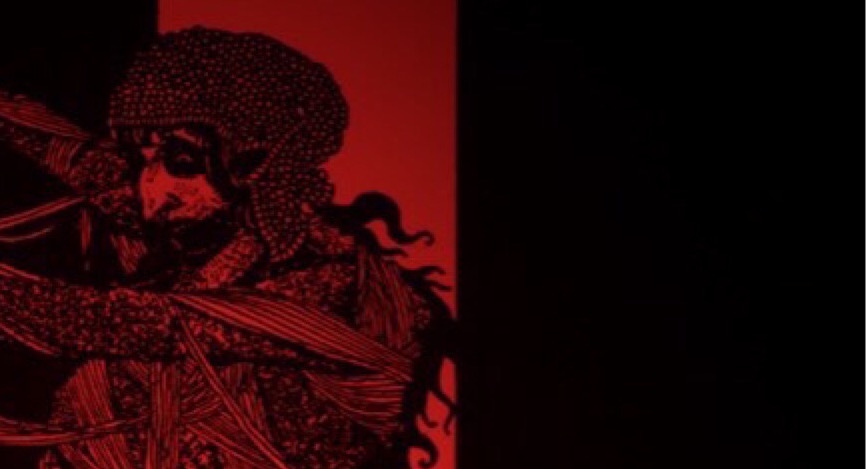 For Halloween We Present The Gothic Horror Lord Bonyfoote’s Dance

For Halloween we present for your terror, delectation and amusement, Lord Bonyfoote’s Dance, a poem in the classic Gothic tradition of Edgar Allan Poe and the young Conrad Aiken, a chiller by our very own C S Hughes.

The author tells us “Bonyfoote” can be pronounced either “bony” as in bones, or “bonnie” as in the Scottish term meaning handsome or jolly; as the ghast at the centre of our tale displays both a bony aspect and at times a bonnie demeanour .

The poem originally appeared in C S Hughes’s collection Cars Crashed In Charcoal Cities, which, if you click the link on the title, is available as an eBook on Amazon Kindle.

The picture is adapted from a Harry Clarke illustration from the classic early 20th century edition of Edgar Allan Poe’s Tales Of Mystery and Imagination. 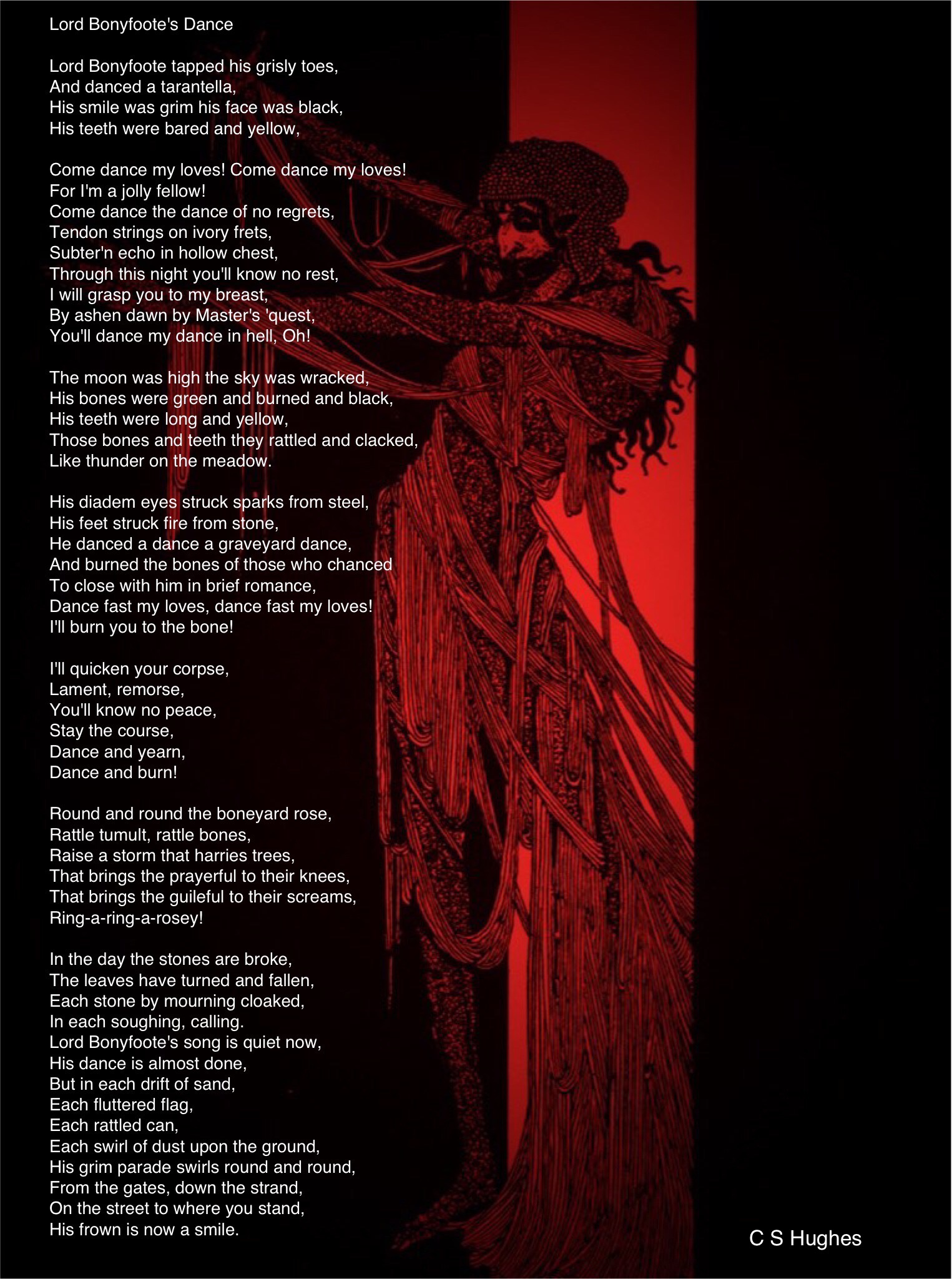