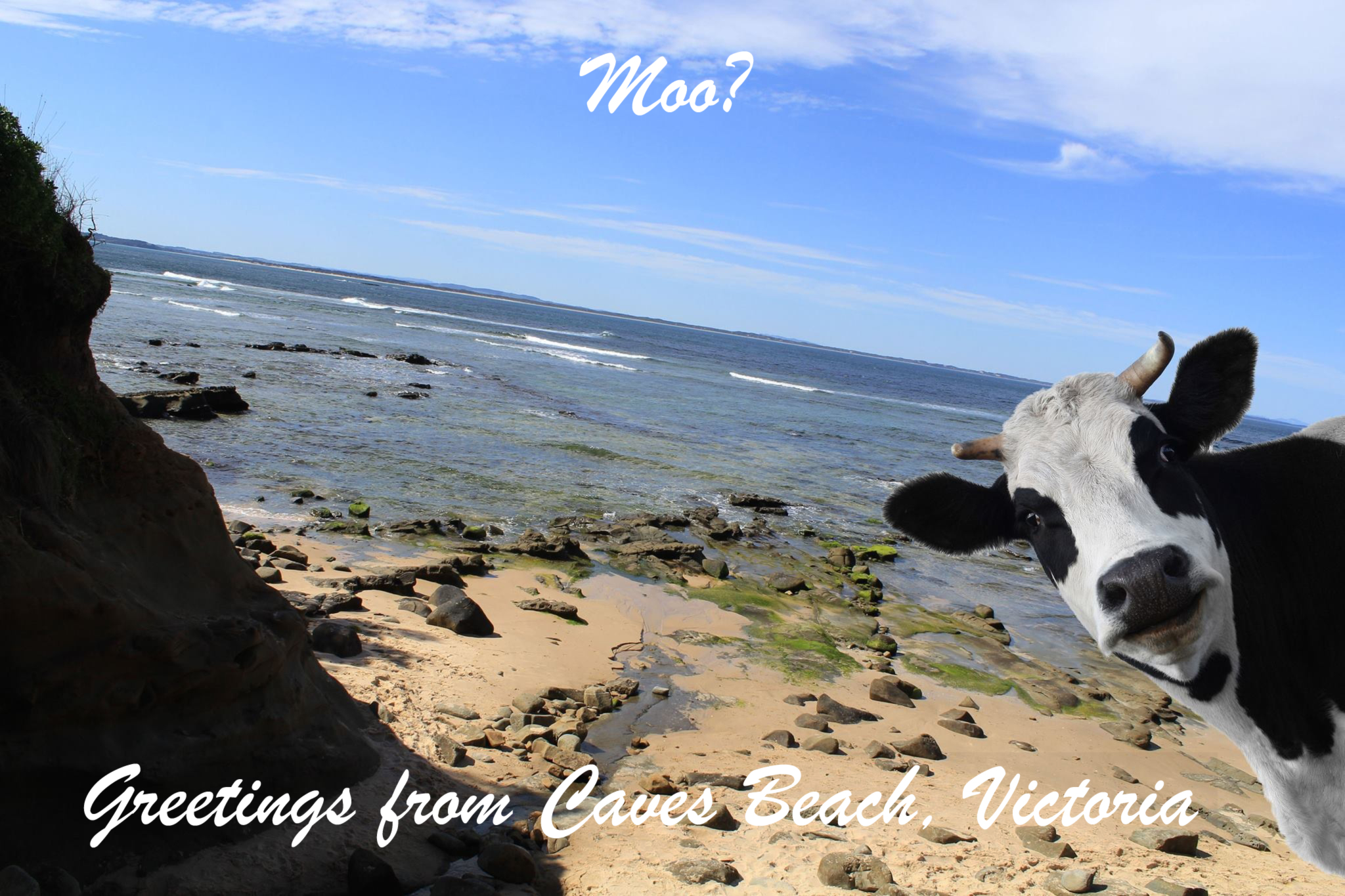 The Caves Beach, sometimes just known as The Caves, is part of a rugged area of coastline near Inverloch, a holiday town on the Bass Coast on the southern edge of Victoria, Australia. Between Inverloch and Cape Paterson there is a 14km coastal drive, where you can surf, picnic and explore the pristine beaches of the Bunurong Marine and Coastal Park along numerous boardwalks and trails.

One landmark is the Eagle’s Nest, a particularly impressive rocky outcrop, where you may sea gulls, egrets and other birdlife, including, if you are lucky, sea eagles.

Legend has it the Caves were once the haunt of pirates, but they are perhaps best known for their antediluvian wonders. Hundreds of fossils have been discovered in the Flat Rocks area near the Caves and the beach. The bones of birds, fish, unusual mammals, small dinosaurs and pterosaurs have been identified, washed down from an Early Cretaceous period river valley some 110 million years ago.

It’s an area so rich in fossils that an annual dig organized between Museum Victoria and Monash University called Dinosaur Dreaming still makes new discoveries every year. For the casual antiquarian or conchologist, there are beaches and areas outside the marine park where you are free to collect shells, fossils, rocks and even flotsam and jetsam. These activites are strictly banned inside the National Park areas near Cape Paterson, so before pursuing you collecting passion, make sure you know where you are.

The area is also renowned for its rich farmlands and wonderful produce, particularly the dairy industry. And as evinced by the above postcard, an unusually inquisitive and gregarious bovine population.