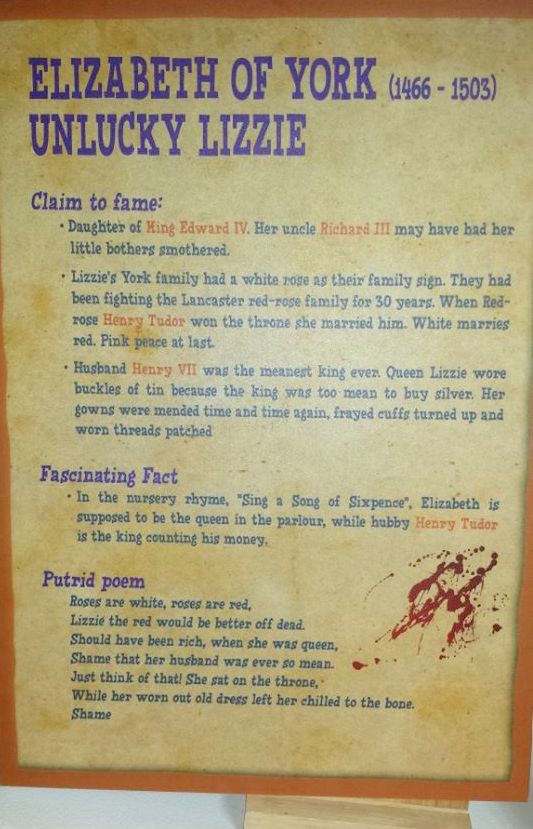 The Perfect Queen: Elizabeth of York

On the 11th of February 1466 for the first time in over a century a princess was born. Queen Elizabeth Woodville gave birth to Edward IV’s first child Elizabeth of York at the Palace of Westminster. Thirty-seven years to the day that same princess, now Queen Elizabeth, died in the Tower of London after giving birth to King Henry VII’s last child.

The bells of St. Paul’s Cathedral echoed across London, the mournful toll plunging the entire nation into grief. King Henry VII ordered his council to prepare the Queen’s funeral and went into seclusion. Her “departing was as heavy and dolorous as to the King’s Highness as hath been seen or heard of”. “Solemn dirges and Masses of requiems” were heard, Henry ordered 636 masses to be offered for her soul in London alone on the day after her death. Over nine thousand yards of black cloth were ordered for the Great Wardrobe. Her State funeral was one of the most lavish ever seen.

Henry ordered clothing in blue and black, blue being the royal colour of mourning, and even had his books bound in blue velvet. It would be more than a year before the King’s grief would begin to subside, shortly after her death he became seriously ill and was close to death. He emerged a changed man. The Tower of London was abandoned as a royal residence. Every year Henry marked the anniversary of her death. On February 11th a requiem mass would be sung, the bells would be tolled and 100 candles would burn in her honour. He retained the services of Elizabeth’s minstrels, who played for him at every New Year celebration up to his death.

Elizabeth of York was entirely beloved by her subjects. They had suffered along with her after the death of her father King Edward IV and the seizure of the throne by Richard III. They saw him depose her brothers, King Edward V and Richard Duke of York, and the whole of London mourned them when they disappeared. They saw her family trapped, denigrated and the York children bastardised, cast out of their rightful place in the succession. York clashed with York, those loyal to Edward IV quietly championed their princess and supported her betrothed, an unknown Welshman with a questionable claim to the throne. When Henry Tudor emerged the victor from the battle of Bosworth, they saw Elizabeth of York, considered the rightful heir by many, take her place on the throne alongside King Henry VII. Their marriage united the houses of Lancaster and York. Within a year Elizabeth had done her duty, securing the people’s acceptance of her husband and their new dynasty by giving birth to a son, Prince Arthur. She gave them what they had a right to expect, the end of decades of war and the promise of a new royal family to heal the wounds of the nation.

Elizabeth of York would become the most beloved Queen of the Middle Ages, the embodiment of motherhood, of piety and charity. Her beauty and grace is legendary, Polydore Vergil called her “intelligent above all others, and equally beautiful. She was a woman of such character that it would be hard to judge whether she displayed more of majesty and dignity in her life than wisdom and moderation.” So altruistic was she that her own finances suffered for it, freely giving tips and gifts to attendants and servants, gifts of money to the commons who brought her many small gifts of food, alms to the poor and donations to religious houses. She also looked after her sisters, spending much of her income supporting them and taking her sister Katherine’s children into her own care when her husband was arrested for treason. She never forgot her little brothers, towards the end of her life she gave a gift of cloth, “by the commandment of the Queen to a woman that was nurse to the prince, brother to the Queen’s Grace”.

Elizabeth of York was the perfect Queen, an exemplary consort, mother and wife. The contemporary accounts are unanimous in their praise, the later chroniclers turning her into something of an idol, a Madonna. Legend has it the Queen of Hearts playing card was based on Elizabeth of York. It would be a fitting tribute. History thinks it has been kind to Elizabeth. Yet what has history made of Elizabeth of York?

Elizabeth’s successful and happy marriage has been taken from her. Henry Tudor’s critics claim he kept her subjugated, short of money and allowed her no power of her own. Elizabeth’s determination to show a united front with her mother-in-law, the indomitable Margaret Beaufort has been twisted to satisfy Margaret’s own critics, who allege Margaret claimed all of her son’s attention and cast her daughter-in-law to the sidelines, or even more tawdry, that there was a rivalry between them.  Elizabeth’s love for her children and close family has been overshadowed by the disastrous marriages of her son, King Henry VIII. Her love of music, literature and architecture and the cultural contributions she made ignored.

History has diminished Queen Elizabeth of York. She was a remarkable woman. It is time we gave her story back to her.