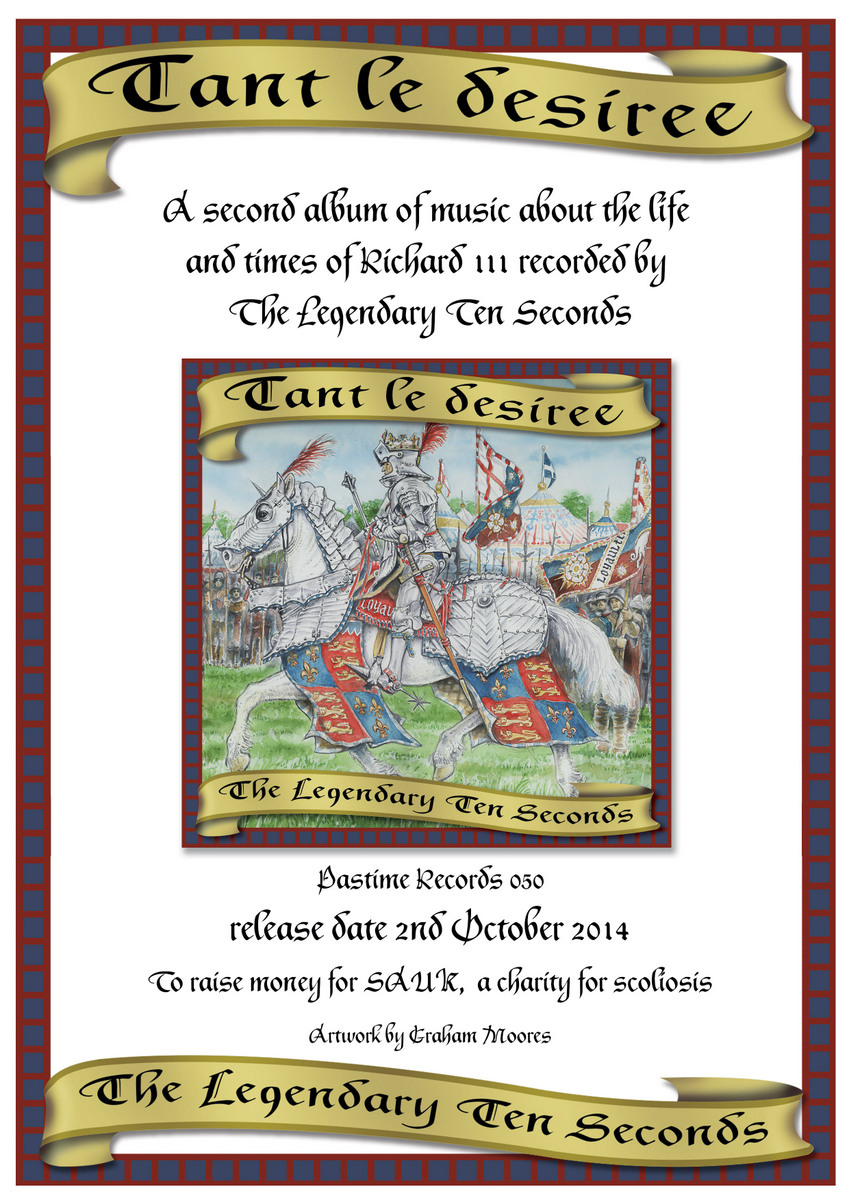 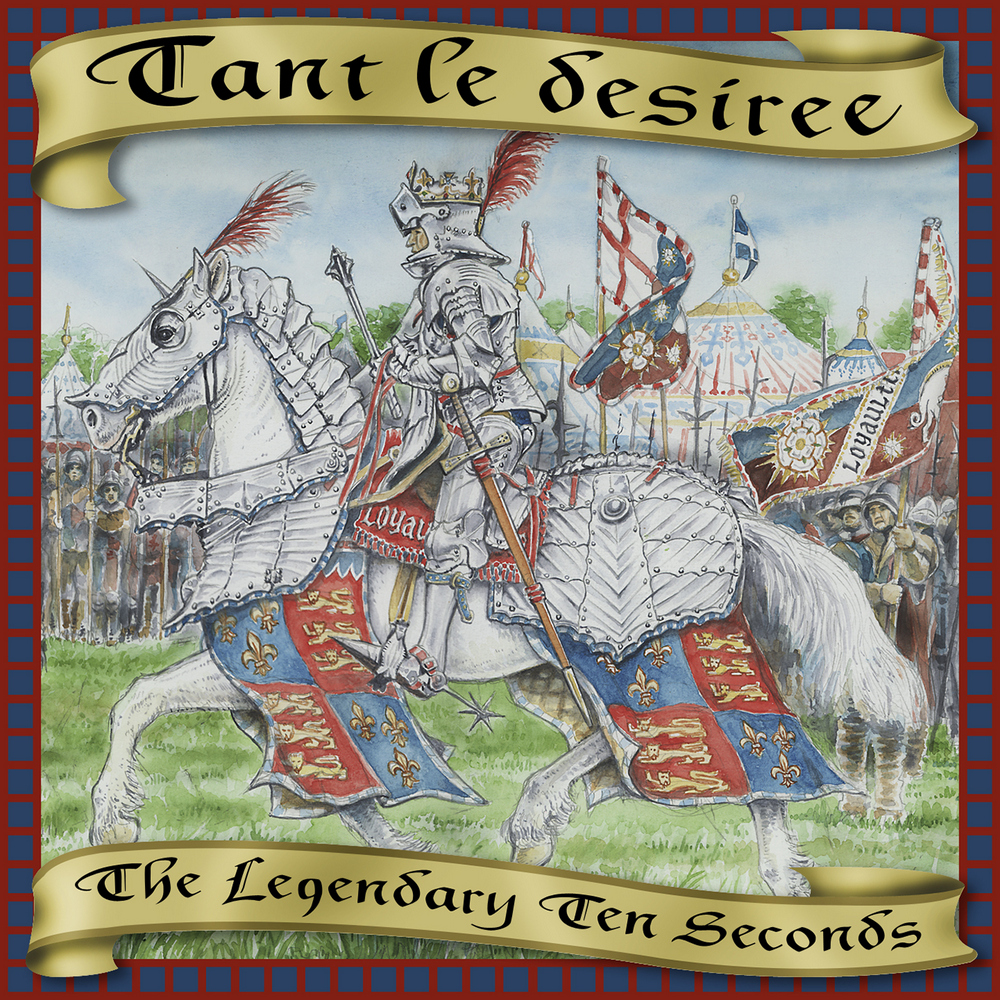 The Legendary Ten Seconds are back with Tant Le Desiree, their second album of English folk rock about the life and times of Richard III. A young Richard would write the motto Tant Le Desiree (I have longed for it so much) along with his name on a page of the story of Ipomedon, the ‘best knight of the world’.

Lead vocalist Ian Churchward was inspired to compose songs about Richard III after watching the King in the Car Park documentary. Proceeds from album sales will help support the scoliosis charity SAUK. The Scoliosis Association (UK), the only national support group for children and adults with scoliosis in the UK. SAUK is officially affiliated with the British Scoliosis Research Foundation and is run by a few dedicated staff and with the help of volunteers from among the membership.

The album will be released in digital mp3 format on the 2nd October via CDBaby and will be available to purchase on Amazon and iTunes, with the CD to follow a few weeks later.

The minstrels of The Legendary Ten Seconds:- 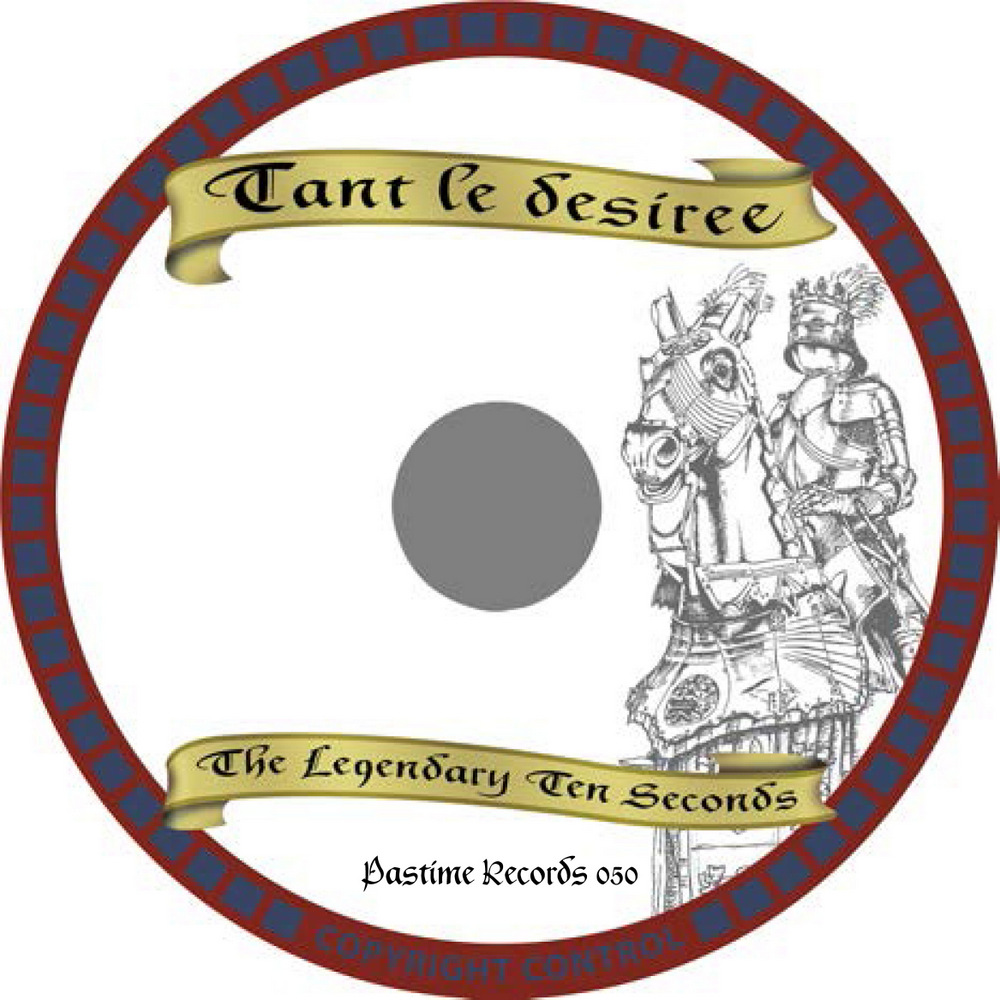