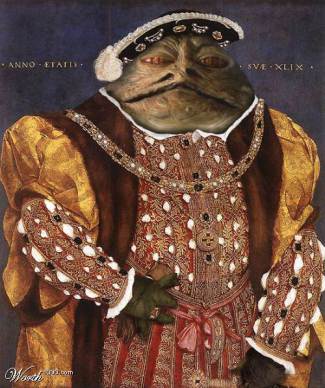 On the birth of the new heir to the British throne, Australia’s Northern Territory gifted the baby Prince George a saltwater crocodile. Named George in the prince’s honour, adults of the species, the largest living reptile and a deadly and formidable predator, can grow up to 7 metres long and weigh as much as a small car. The Saltie George will of course be kept on the future king’s behalf in a Northern Territory wildlife preserve.

In earlier times, when the world was much smaller, to gift a king a marvel from distant and mysterious lands was no small feat, and garnered much favour. To keep a menagerie of weird and fantastic beasts was perhaps a sign of sophistication and wisdom, a looking outwards to distant lands, one of the first expressions of empire. The Tower of London, infamous as a prison and place of torture and execution also housed the Tower Menagerie from the reign of King John in 1204 to the 1830s. It was even opened to the public by Elizabeth I, and in the 18th century, admission was three ha’pennies, or the provision of a cat or dog to be feed to the lions. 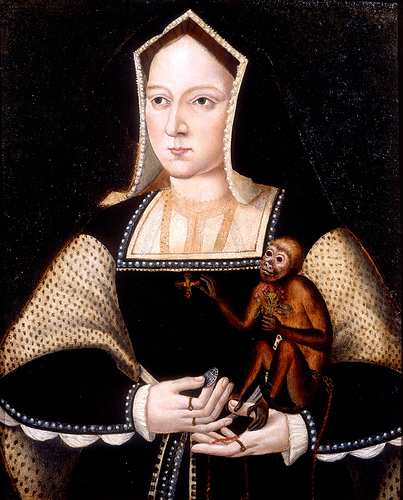 The nature of the beast

To say Henry VIII’s first wife, Catherine of Aragon, and the woman who replaced her, Anne Boleyn, were rivals, is to over simplify matters. Still, Catherine had a pet monkey that she played with and fed at table. It was said to have reminded her of her homeland in the south of Spain. Monkeys were an expensive and exotic pet, a symbol of wealth and power, also a symbol of piety, the control of one’s lower animal nature. Catherine, later in life, was the hair shirt kind of Catholic that some see as a martyr, and others as a maniac. As Queen her pet had free reign. Anne Boleyn, serving as a Lady In Waiting to Catherine, while Henry, desperate for a male heir plotted and toiled to have his marriage to annulled, could not stand the creature.

In a letter to Lady Lisle, wife of the Governor of Calais, her husband’s agent in London wrote, apparently in response to a query regarding a suitable gift for the newly crowned Anne, “Touching your mucky, (meaning monkey) the Queen loveth no such beasts, nor can scant abide the sight of them.”

Anne is often seen as either the Lady Di or the Paris Hilton of her era. And of course, neither comparison is quite appropriate. Perhaps a cross between the two? She did, however, much like today’s ‘socialites’, love the yappy little purse puppy that Lady Lisle gifted to her. Named Purkoy, undoubtedly a variation on the French Parquoy? meaning Why? Well may one ask. Unfortunately for the little beast, reportedly while playing or chasing, he leapt to his death out a high castle window. Or perhaps, as the dark rumour had it, little Parquoy? was tossed by Henry out the window in a fit of pique. Queen Anne loved the dog so her ladies and courtiers feared to tell her of the accident, and left it to the king. Indeed the Spanish Ambassador, Chapuys, later describing in his usual barbed and sarcastic manner, how the English court reacted to news of Holy Roman Emperor Charles V’s military successes against France, said “The English are much pleased at his victory, in accordance with the incredible affection which they almost all bear to him; except the King, the concubine, Cromwell, and some of their adherents, who, as a man whom he sent to the Court reports, are astounded at the good news, like dogs falling out of a window.” Undoubtedly the story of little Purkoy, perhaps a little like Michael Jackson holding his baby on a balcony, entered the popular culture, the comedic repertoire of the wits and comedians of the time. Think of Chapuys as a kind of Spanish Jon Stewart, and his famous letters as a slightly more serious version of The Daily Show. 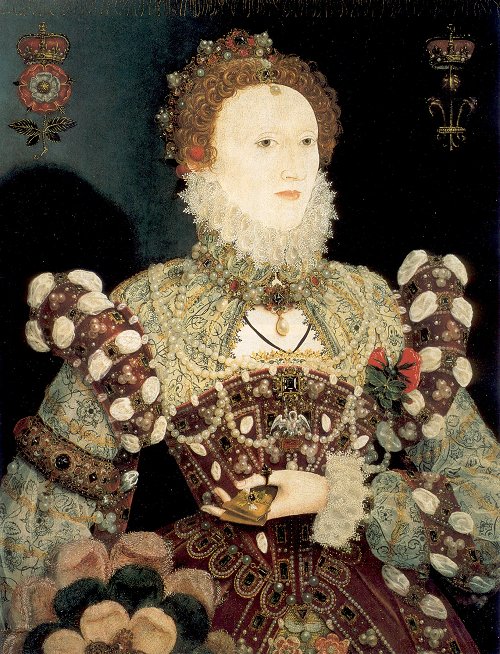 A more sober myth of the time was the story of the pelican that pierced it’s own breast with it’s beak in order to feed blood to its starving hatchlings. The myth become an allegory of sacrifice. The pelican a symbol of Jesus The Redeemer. Henry undoubtedly saw himself in that position, as head of the Church of England, the saviour and redeemer of his people. Henry had actually received a pelican as a gift from the New World. While lying in, pregnant, Anne, was greatly disturbed by the noise of the pelican, and also Henry’s peacocks. The peacocks were given away. The pelican was moved out of sight and hearing to the back of the castle. Anne should have perhaps paid more attention to poor little Purkoy’s fate, and the way Henry disposed of creatures that displeased him. Nan Bullen, as the common folk liked to call her, also met a grim end at the hands of a vexed Henry. It’s an unfortunate and grisly fact that on occasion a pelican will eat a small puppy.

Elizabeth I, curiously enough, disturbed in the womb by a pelican, took the symbology of the beast to heart. There is a very famous portrait of her wearing a brooch or pendant which depicts the pelican piercing its own breast. In this case the myth was somehow justified; not only did Elizabeth I serve as a worthy ruler, sacrificing much for her people, she even seemed, in what may have been a conscious choice with unconscious motivations, in remaining childless, in ending Henry’s line of succession, to have honoured her mother and avenged, if not redeemed, the crimes of her father.