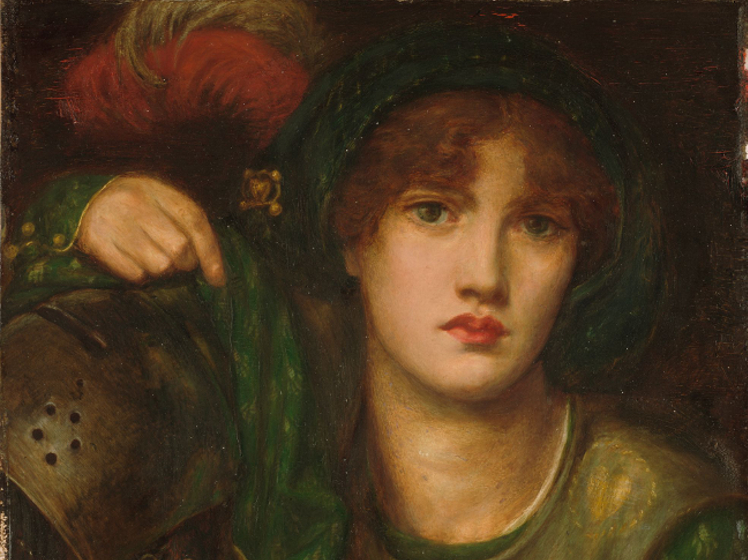 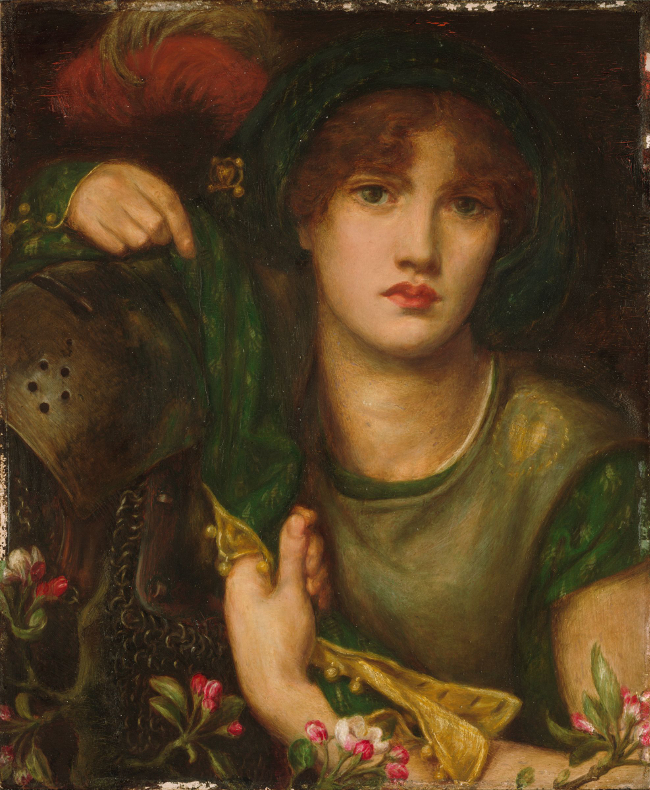 On the eighth day of Christmas Adrienne Dillard joins us to discuss the iconic Greensleeves.

Let’s face it, whether you recognize it as Greensleeves or What Child is This, you all know the tune.  Those lilting notes…played by the pipe, piano or panflute…have become a staple of the holiday season.  Unfortunately, it is also one of the worst earworms you can imagine.  Once you hear it, you find yourself humming along to it until well into the New Year.  That tenacious tune’s residence in the grey wrinkles of my brain is the reason why I am writing this article.  You see, my seven year old son is in ballet and they do a production of the Nutcracker every year.  In order to include the modern dance class, they open the show with a delightful number choreographed to one joyful Christmas standard or another and this year, it’s Greensleeves.  I wince as I say this, but it’s been stuck in my head since October.  And because I’m a kind and generous soul, I’ve going to share my pain with you.  Now it’s in your head…HA!

Now that you know the mean reason I want to talk about Greensleeves, I’m going to tell you the informative reason.  No matter how often the truth has been addressed, the myth that King Henry VIII wrote it for Anne Boleyn continues to be perpetuated.  In just about every modern telling of Bluff King Hal and his merry band of wives, there is inevitably a scene of the monarch either playing or composing the tune or referencing, with a sly look, the emerald hue of his second wife’s gown/sleeve.  The actor then turns to the camera with a knowing glance as if to say “See what I did there?”  So how did the legend come to be?  And, more importantly, what can we do to stop it?  Honestly, not much.  People love a good story and Greensleeves lends itself well to the oft told fable of its composition for the vivacious Anne.  I suppose we’ll just have to suffer it.  However, if you find yourself in the presence of someone who has bought into the Hollywood version, here are a few points you can share in your quest to educate the world.  I wish you the best of luck! 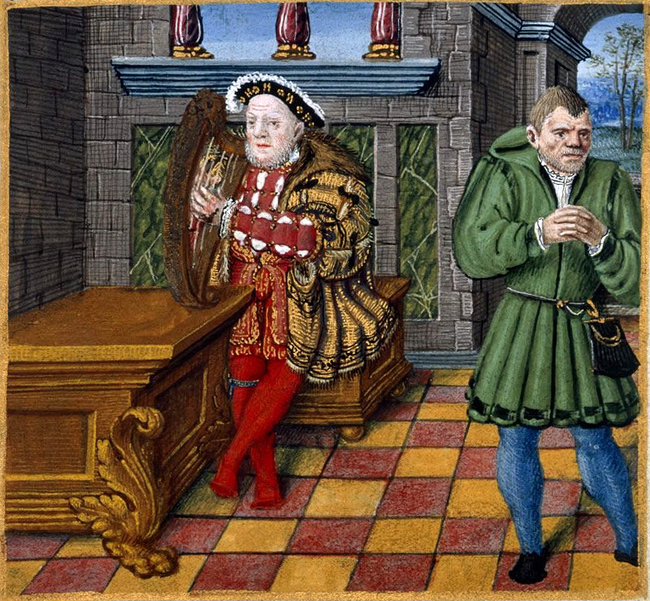 Where did the myth come from?

According to Ian Pittaway of earlymusicmuse.com, William Chappell is the likely culprit.  In his Popular Music of the Olden Time (1859), he says that Edward Guilpin likened the song to The Lord of Lorne, which was dated during “King Harries dayes.”  Mr. Chappell concluded that since The Lord of Lorne was sung to the same tune, then Greensleeves was surely around at the same time.  The only problem is that Guilpin never actually mentioned the title Greensleeves.  Chappell is assuming that Guilpin is referring to Greensleeves and that The Lord of Lorne really was written during the 8th Harry’s reign.  The first record of either song doesn’t appear until 1580, long after Hal shuffled off his mortal coil.  Besides, argues Pittaway, just because something was written during Henry VIII’s reign, that doesn’t mean he wrote it himself.  To further strengthen this argument, the style in which the tune was written originated in Italy and did not become popular in England until the reign of Henry’s daughter, Queen Elizabeth I.

So, is it about a prostitute?

Not likely.  There is absolutely no evidence that Tudor women of the night used green coloured sleeves to advertise their availability for a romp.  There is some symbolism in the term “gown of green” but nothing as taboo as prostitution.  It usually referred to pregnancy.  As an aside, Mr. Pittaway remarks that the colour green actually symbolized chastity during the Tudor era.  I can’t give any eye witness accounts, but I don’t imagine there were too many chaste prostitutes lurking the darkened alleyways of London.

Well then, who wrote it?

As of the posting of this article, we have no idea.  Mr. Pittaway gives us a list of other of other suggestions put forth over the years: Greensleeves is a corrupted version of a common surname like Greeleaf, it was written by a wandering minstrel, or that it was originally a carol performed by municipal musicians; however, none of these theories can be verified.  All we can say for sure is that in 1580, Richard Jones was licensed to print A New Northern Dittye of the Lady Green-Sleeves.  However, just because he was licensed to print it, doesn’t mean he actually wrote it.  Or that the woman reigning over England at the time wrote it. 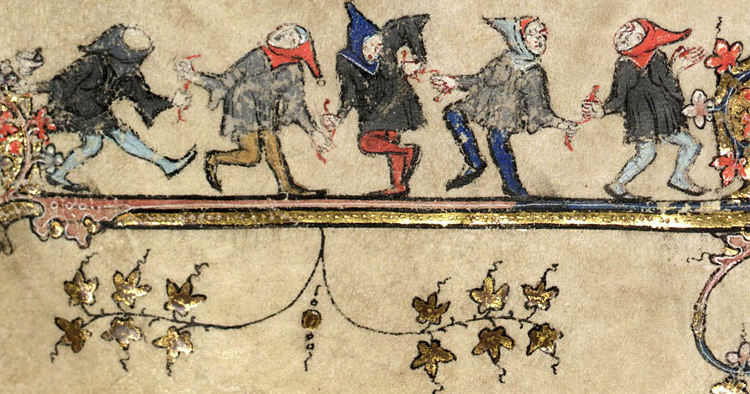 How did it become a Christmas carol?

It appears as though Greensleeves has been associated with the Christmas and New Year holidays in some form or another since the late 1600s, but the song as we now know it began to form around 1865, when the poet, William Chatterton Dix, wrote a poem called The Manger Throne.  Six years later, John Stainer set that poem to the tune of Greensleeves.  Take one part existing poem, add one part existing tune, and Bob’s your uncle; you’ve got an instant Christmas Classic.

So there you have it.  The real origin story of this little ditty is definitely not as exciting as the legend that has grown up around it.  What is exciting is that this simple handful of notes has survived and flourished for over four hundred years.  They have infiltrated every form of media we consume and become a part of the fabric of our culture.  Such is the power of art.  I wish you all a very Happy Holidays and hope that you have managed to shake this annoying earworm by the time the first spring blooms pop their heads out of the frozen ground. 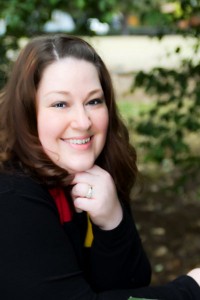