With their black eyes and exposed white bellies you thought they were merely cute, or at least symbolic of the aftermath of a night of excess, but with a penchant for bamboo shoots and the least likely camouflage pattern in nature, faking pandas are clever tricksters, and fake pandas are post apocalyptic warriors of the wasteland.

Pandas in a delicate condition not only receive more fruit, buns and bamboo shoots, they also get lavish attention from staff and their very own luxuriously appointed single air-conditioned room. It appears some smarter than your average black and white bears, displaying phantom signs of pregnancy, which is common amongst pandas, and receiving better treatment, have gone on to fake continued pregnancy in order to maintain their privileged status. Why go back to general population when you have your own private suite?

Another expert, Zhang Heming, Director of the China Research and Conservation Centre in nearby Wolong has dismissed the theory, stating that Ai Hin’s behaviour is more likely to be hormone related, rather than a deliberate deception. Phantom pregnancies occur in 10-20% of pandas, he said. “This phenomenon also happens to wild pandas, if they don’t have enough bamboo to eat.”

Meanwhile in Australia, Isaac, a humanoid panda must leave his family, the last of their kind, and go on a quest through the post apocalyptic wilderness to find a girl child after the death of another girl, to regain their place in The Tribe Of Legion. Think Kwai Chang Caine meets Beyond Thunderdome except with fake pandas. I hope Emil Minty got a cameo. Or Mel Gibson.

Wastelander Panda: Exile, a co-production between Madman Productions and Epic Films, commissioned by ABC iView, has all the elements to make it a cult a classic. Fake pandas, post-apocalyptic warfare, violence, action, drama, romance. I’m just guessing at the romance because breeding with pandas is notoriously difficult. You heard me. Wastelander Panda: Exile will premiere in Australia on Saturday September 20 on ABC iView, the international premiere will be one of the highlights at Fantastic Fest, Austin Texas, on September 18. Digital download and DVD releases will be available from November. Not to be missed. Here’s a Panda Preview. 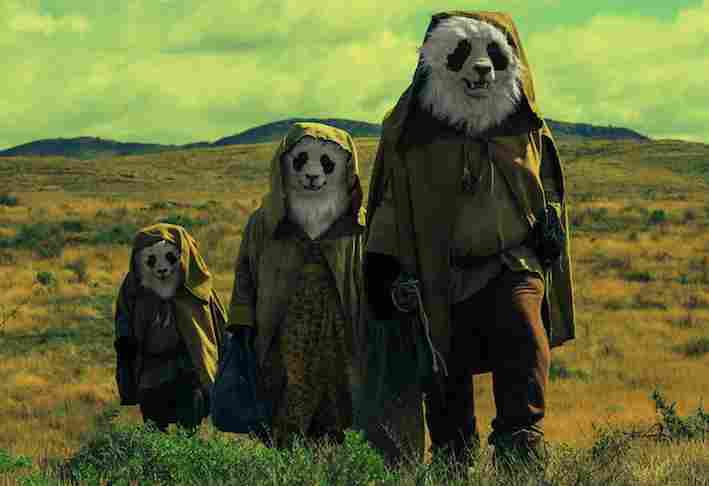